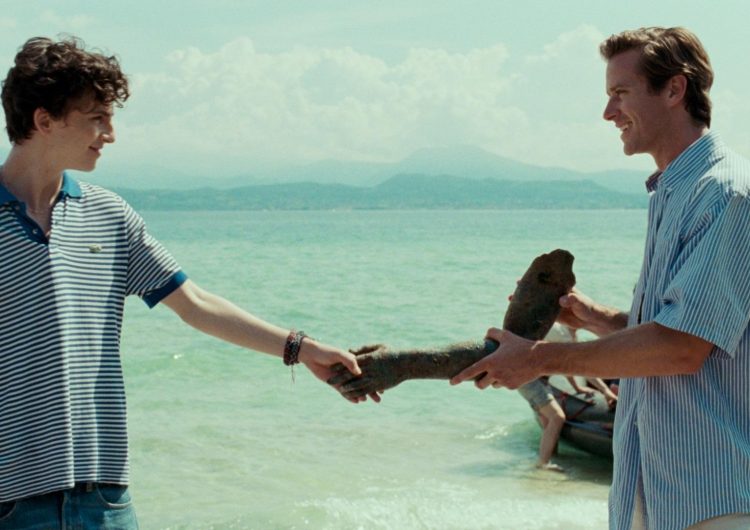 After months and months of waiting, y’all are finally going to get to see Oscar nominated actor Timothée Chalamet and his face on a big, high definition screen. The critically acclaimed queer film Call Me By Your Name is set to screen in selected Ayala Cinemas tomorrow, January 31.

Aside from the fact that it’s…well, critically acclaimed, we’ve got a bunch more reasons why you gotta see this movie in a theater. We swear, it’s an experience. And if you’ve seen it by yourself already, there’s no harm in watching it again for support. Here’s why you shouldn’t miss Call Me By Your Name when it screens in local theaters:

1. It’ll make you fall in love with Northern Italy

Set ‘somewhere in Northern Italy,’ the film’s lush backdrop of fields, gardens, lakes, and ancient architecture paints the love story of Elio and Oliver into their own isolated world. Every day, they’re out swimming, biking, eating breakfast outside, or traveling the mountains of Italy. The setting has basically turned into everyone’s dream summer vacation. Director Luca Guadagnino wanted to portray an authentic image of Italy, and he did precisely that. BRB, putting this place into my travel bucket list.

2. It’s an earnest depiction of a same-sex romance in the ‘80s

Now we don’t want to spoil it too much, but the love story of Call Me By Your Name is sincere and heart-wrenching in its subtlety. The long courtship between Elio and Oliver is so discreet but remains heartfelt and touching despite being played out in time long before #LoveWins, #Pride, and dating apps. We’re bummed that a sex scene was cut out, but that didn’t let us enjoy the movie any less.

3. The soundtrack is sublime

Sufjan Stevens is godsent. The music played into prominent scenes in the movie created a magical atmosphere that only the best tracks could do. “Mystery of Love” and “Visions of Gideon” were written for the film, and a remix of “Futile Devices” was included as well. “Visions of Gideon” added to all the emotions felt during that iconic finale.

4. It’s a treat for history and art lovers

In Call Me By Your Name, Elio’s father, Samuel Perlman, is a professor whom Oliver interns for. Charismatically played by Michael Stuhlbarg, Dr. Perlman provides a handful of quips that history and art fans can learn from. The movie touches on ancient sculpture, etymology, literature, music, and language (it’s got French, Italian, English, and even some German). Nerds, you’re going to love this one.

Need we say more? The film is going to gut you when you least expect it. Aside from the stunning finale, there’s also a grand speech made near the end that’ll have anyone with a heart tear up. Even if you can’t relate to their story, Oliver and Elio’s affair will stay with audiences for a long time.

After many reruns of Back to the Future⁠, I’ve occasionally pondered on the...