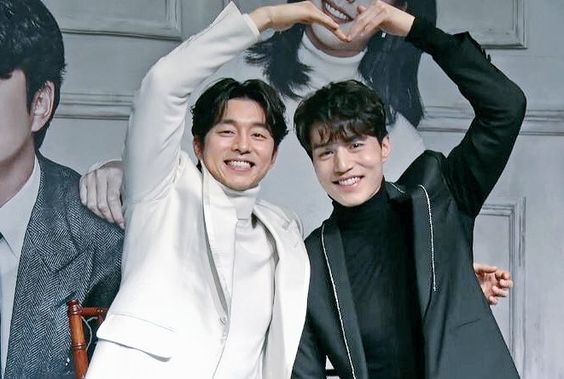 So, K-drama and overall international phenomenon Goblin just ended last Sunday, leaving most of us viewers with a bittersweet aftertaste lingering in our mouths. And yeah, our faces after that heart-wrenching episode were probably like this:

Overall, despite its multiple flaws with its pacing and hasty explanations, Goblin became the winter season’s most beloved drama for quite a number of reasons–its imaginative high fantasy element, heartfelt storylines, humorous script, and of course, its charming characters. Alright, fine, the romance was really nice, but I think a lot of Goblin’s success was because of the hilarious friendship shared between our titular character (Gong Yoo) and his housemate, a deadpan and awkward Grim Reaper (Lee Dong Wook).

Forget that cup of oblivion tea and let’s take a look back on these two and why they’re probably the most adorable titos you will ever meet in a Korean drama. Where’s our homie and fellow millennial Deok Hwa when you need him?

First up, let’s introduce our lovable and bickering titos:

Goblin a.k.a. Kim Shin
The Tito Who Tries Too Much

Grim Reaper a.k.a. Wang Yeo
The Awkward and Torpe Tito

And the reasons why they are the ultimate Titos of Seoul:

1. They’re hopeless at technology.
I think anyone here can relate to Deok Hwa’s internal struggle when he tried teaching both of his mystical, 900-year-old titos on how to use a cellphone. Luckily, Goblin was able to catch up after a bit. Grim Reaper? Not so much.

2. They try to be cool way too much.
How do you impress a high school girl? Just ask our Goblin.

Grim Reaper isn’t any better, to be honest. There can only be one Kim Woo Bin in this town.

At least they’ve got great taste in clothes. We’ll give ‘em that.

3. They’re the ultimate drinking buddies.
Regardless of their daily bickering, after living together longer, they’ve gotten used to each other and even resorted to becoming drinking buddies, popping open cans of beer whenever shit hits the fan (Goblin boils up the eggs while Grim Reaper chills the beer). What would these two do without each other, honestly. To quote Grim Reaper, “Beer is all we have in this house!”

5. Awkward displays of affection.
Like the stereotypical tito, they suck at showing their true bromantic feelings for each other. But both are still insanely cute.

6. The tito jokes and snarky remarks. Lots of them, too.
This is mostly on Goblin, but still. #stahp

7. These titos got your back no matter what.
They’ll save you from being kidnapped and murdered, in style, too!

Gotta love these guys. Kim Shin x Wang Yeo is where it’s at, yo. We can only wish that they were part of our own families.

And hey, even Gong Yoo and Lee Dong Wook themselves ship it.

Which K-dramas and K-pop artists do you want to see next on Scout? Tweet us at @scoutmagph

The trapo is a familiar political evil figure that has been present in the government...

Glamor in this day and age has been redefined. Just like everything else,...

Here’s how to face your inner hesitations, according to these female icons

Nothing’s impossible in this world, except maybe one thing: perfection. We all get...