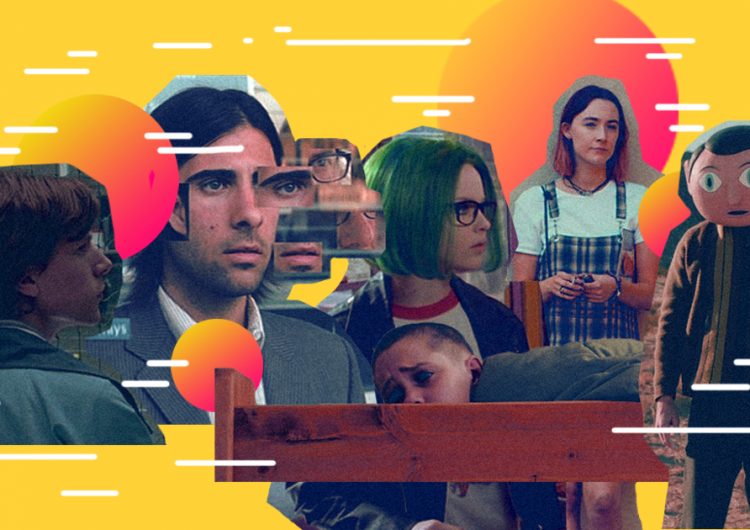 Ever caught yourself in a dark room staring at the naked ceiling, while the blues sing your heartstrings into strangles? It is post-graduation, a lover with slick back hair has left your life, and the scent of past habits and their skin encapsulate your pillow sheets.
You switch the radio to something more cheerful but the fact that these people seem to be having the best times of their life leaves you like a withering sun-burned leaf hanging on a stem. Instead, you switch your laptop on, and the screen graces you with your first touch of light for the day. You thank the heavens because, alas, you are not alone.
Here are seven films to soothe what seems like a quarter-life crisis:

1.) The Squid And The Whale

An adolescent Jesse Eisenberg and his on-screen brother deal with the crippling pain of their parents’ divorce while it projects on their internal and personal struggles. It shows the different shades of separation: the downsized ego which relies on narcissism to feed itself and how its toxicity affects people, and the longing for care of children which puts them in an undeserved existential situation. If you have unanswered prayers and ponderings, perhaps this is a film you should watch.

The attachment and detachment to a small but reminiscent home establishes the movie’s vibe, as one goes further within big and bigger dreams while reality does its thing. This is a film which leaves you homesick, but with a smile as you conquer the world with hopeful doubts; it is a perfect encouragement for the tired, hard working young adults.

Unlike Ladybird which focused on the big leap to independence, Boyhood gives you a taste of a child’s evolution. It is like a gradient pantone board where innocence is encompassed by maturity, slowly but within a few blinks at the same time. To be able to interpret twelve years of life into a three hour film is not only remarkable, but somewhat relatable. Wasn’t it just yesterday when you were holding that Gameboy instead of reading this?

Post-Envy Adams, pre-Room Brie Larson takes on the role of a guardian in a group home for troubled teens. This movie deals with the manic, aggressive, and depressive tendencies in adolescence developed from childhood traumas. Brie Larson serves as light for them, all the while she finds her own light.

Ghost World is a movie that explores and challenges conventions. If you feel guilty for committing some unconventional actions like going on a date with that creepy old dude, or ditching your high school reunion because everyone seems to think backwards, then this is the film for you.

A self-proclaimed ‘existential film’ I Heart Huckabees looks at the comical side of self-deprecation and self-absorption. The meaning of life is often the discussion in the film, which leads to the characters questioning their jobs, their routines, and their identities.

Good bands have the weirdest fetishes: Mac DeMarco giving birth to a lettuce, Tame Impala featuring muscular gorillas, and Radiohead’s Thom Yorke drowning in his space suit. The movie Frank is a manifestation of the diverse (sometimes extreme) measures a band has to take to boost their creativity. Are you facing writer’s block? If so, you should definitely check this out.

As the lockdown forced most brands to shift to digital, buying online is...