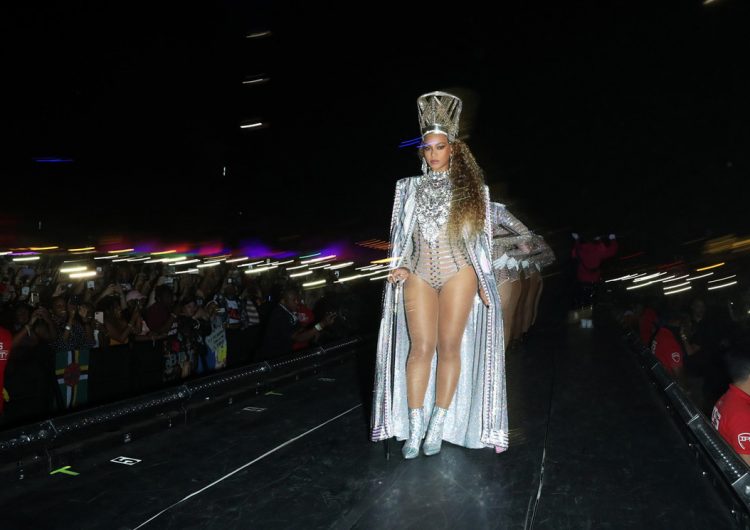 A year later, and Beychella still managed to eclipse Coachella and break the internet.

In a suprise drop last Wednesday, Beyoncé took the world’s breath away in a Netflix documentary entitled Homecoming, which gives us a glimpse behind her historic headlining performance at Coachella 2018.

Glimpse, because it’s really only snippets—at most five minutes long with every 20-minute concert segment—which is exactly how the two-decade strong celebrity presents her personal life to the world. Despite being a household name, Beyoncé still manages to keep a tight lid on her personal life, which is probably why her moments of vulnerability hold that much more power. There’s nothing more surprising than finding out that the Queen is profoundly human.

Strutting down a catwalk as she dons Cleopatra-esque regalia with her female army in tow, the Queen B starts her set. Consequently, she reclaims her land once more after a two year hiatus prior. The show is an amalgamation of many things: Black culture first and foremost, but also love, anger, dreams, sexuality, growth, representation, and a damn good time.

The show is an amalgamation of many things: Black culture first and foremost, but also love, anger, dreams, sexuality, growth, representation, and a damn good time.

As Beyoncé sings and dances tirelessly and on-point for unbelievable periods of time, barely looking phased, she proves to be a no-fail spectacle. The show transcends Beyoncé’s career and becomes a culture-celebrating, female-elevating performance. It was distinctly about the African-American experience, having been based on Bey’s dream of attending Historically Black Colleges and Universities (HBCU). Nevertheless, Vanity Fair points out Beychella being dubbed as the last true monoculture. Despite the production being pointedly personal to Beyoncé, there seemed to be something in it for everyone that made the world want to pay attention.

Vanity Fair points out Beychella being dubbed as the last true monoculture. There seemed to be something in it for everyone that made the world want to pay attention.

Maybe because of her humanity. Because what’s more impressive than looking effortless? Seeing the unimaginable sacrifices underneath it. Beyonce was surviving on a diet exclusively of fruit and vegetables. No carbs, sugar, dairy, bread, and meat. She rehearsed tirelessly for four months, leading over 200 people on-stage and a hundred more contributors behind it. There were clips of her sweat dripping as she rehearses the choreography.

Read more: Solange can touch my soul (and hair) with her new album

Or maybe it’s her sheer power as a woman. At the time, she was also breastfeeding her twins in between rehearsal breaks. She was 37 years old and a mother of three, traversing a new dynamic between her mind and body. She acted as a mother to her entire crew, treating production huddles like a family meeting. The production was a matriarchy, it seemed.

One phrase came to my mind an hour into the film: Divine Feminine. According to author Suzanne Kingsbury, the Divine Feminine is about “creation, intuition, community, sensuality (felt sense rather than thinking sense), and collaboration.” Beyoncé, an artist, mother, wife, and performer, embodies every word for Homecoming.

According to author Suzanne Kingsbury, the Divine Feminine is about “creation, intuition, community, sensuality (felt sense rather than thinking sense), and collaboration.” Beyonce embodies every aspect of it for Homecoming.

A notable aspect of the show is that the female dancers flaunt their bodies, striking poses and wearing outfits deemed provocative out in the real world. But in Beyoncé’s show, it is a safe space. Flaunting your body (or as Bey calls it, feeling yourself) is a display of ownership over hips that are not made for men, but for birthing children. Hair that was meant not to beautiful for others, but to be whipped and flipped in self-expression. Torsos meant not for ogling, but to harness the tremendous core power of these performers-slash-athletes-slash-homemakers. As a woman, it made me feel limitless and in control of myself in a patriarchal society, even if only for a few hours.

In parts, it felt like personal vindication, like in “Don’t Hurt Yourself.” She flaunts her power: the anger of a Black woman scorned. No, not the stereotype, but the sheer, raw power of a woman surviving many layers of discrimination, finally biting back at hands who hurt her. “You ain’t married to no average bitch boy,” Beyonce growls. “I’m just too much for you.” Of course, the song references to the marriage troubles she and husband Jay-Z had. The issue is long gone and the Lemonade is now just a marker in their timeline. After all, they are in the era of Everything Is Love now. But I still believe those lyrics, and I pity anyone who dares to cross this woman again.

Beyonce’s Homecoming feels like a firework—an explosion of female excellence, meant only to be seen in one blinding flash.

The film closes with a montage of fireworks, and rightfully so. Beyoncé’s Homecoming feels like a firework—an explosion of female excellence, meant only to be seen in one blinding flash. “I’ll never push myself this far again,” she laughs in a narration. She already had nothing to prove, but she went ahead and did, laughing about it in retrospect, even. And this generation saw the glorious epoch of a strong Black woman at her prime.

Being in your 20’s can get rough, especially if you’re like Marikina-based 26-year-old...