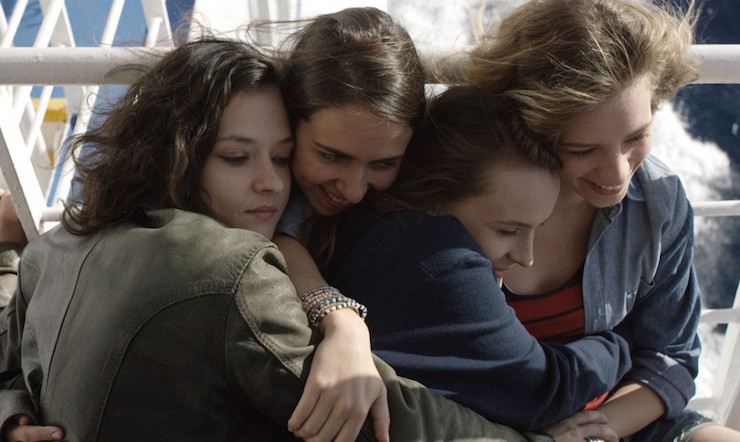 The world’s oldest film festival annually held on Lido island in Venice, Italy: Venice Film Festival is finally hitting Manila. Founded in 1932, the soon to be 74-years old film festival is making its way to Venice Cineplex inside Venice Grand Canal Mall along McKinley Hill, Taguig from July 26 to 31. Appropriately named the Venice Film Festival in Manila, the five-day festival will feature a photo exhibition from the Biennale’s Historical Archive of Contemporary Arts and screenings of eight Italian films centralized around last year’s VFF’s movie selections and three Filipino films: Francis Xavier Pasion’s Jay, Brillante Mendoza’s Thy Womb and Lav Diaz’s Ang Babaeng Humayo, with English subtitles. With four screenings each day, the first two screenings per day will be free while the later two screenings will be priced at 50php per film.

Protagonist Caterina takes her three friends on a literal ride of their life when she decides to take a job offer to work at a hotel in Belgrade.

Couple Ferro and Cate’s life take an unexpected turn when Cate finds out that she is pregnant with Ferro’s baby.

Tommaso is finally able to break away from his wife Chiara, but then finds himself stuck in a pattern of heartbreaking relationships.

A documentary that studies the issues of people who claim to have been possessed by Satan and the practice of exorcism in response to that.

A classic 1974 film about an army cadet who accompanies a blind captain for a week to a trip from Turin to Naples.

Another classic from 1952, in which a young judge unravels and solves the mystery behind murdered husband and wife.

A comedy about a man who wakes up one day with low ringing ears and gets a note that his friend has died. 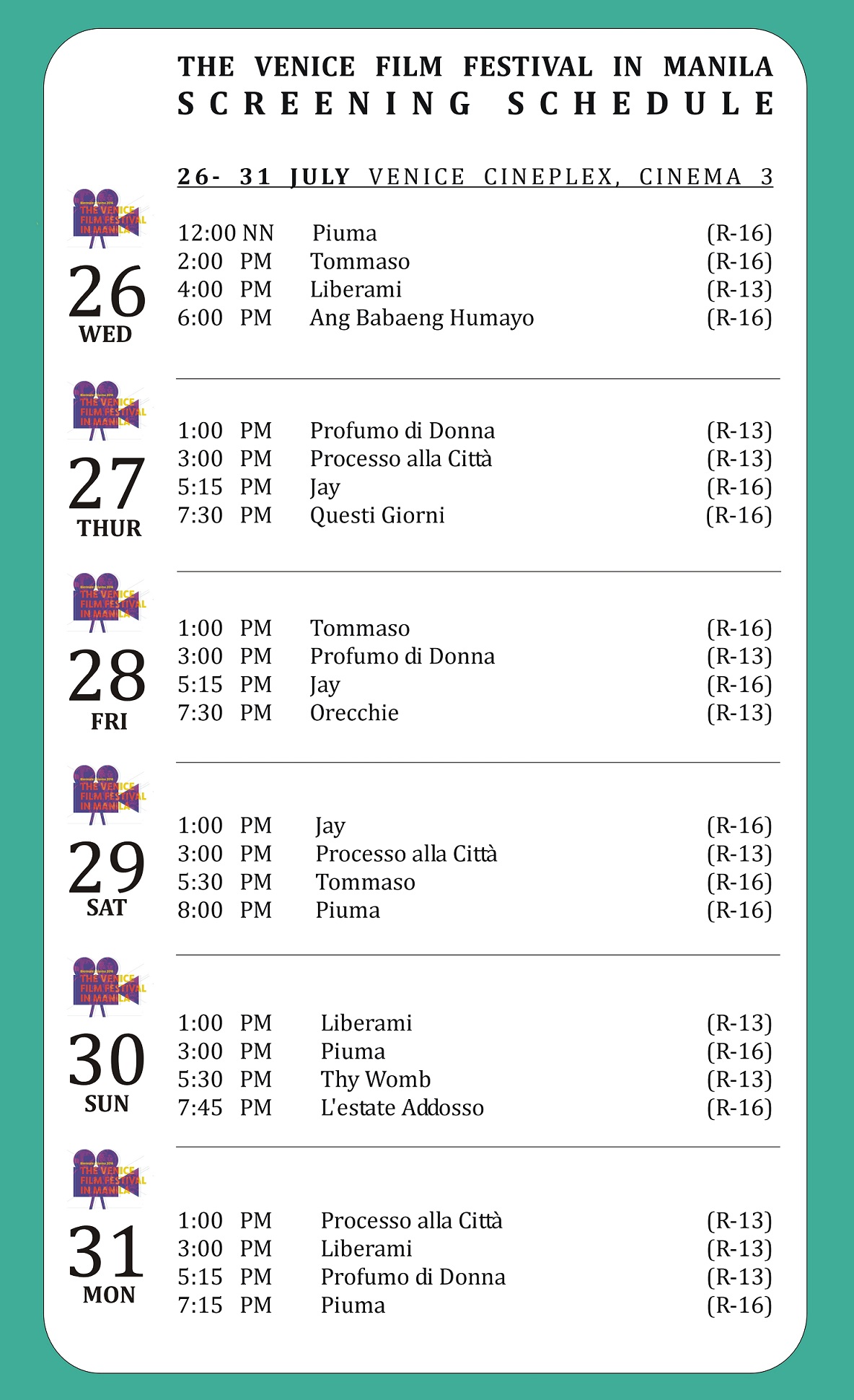 Our rich film heritage wouldn’t be complete without iconic movie posters, and a...