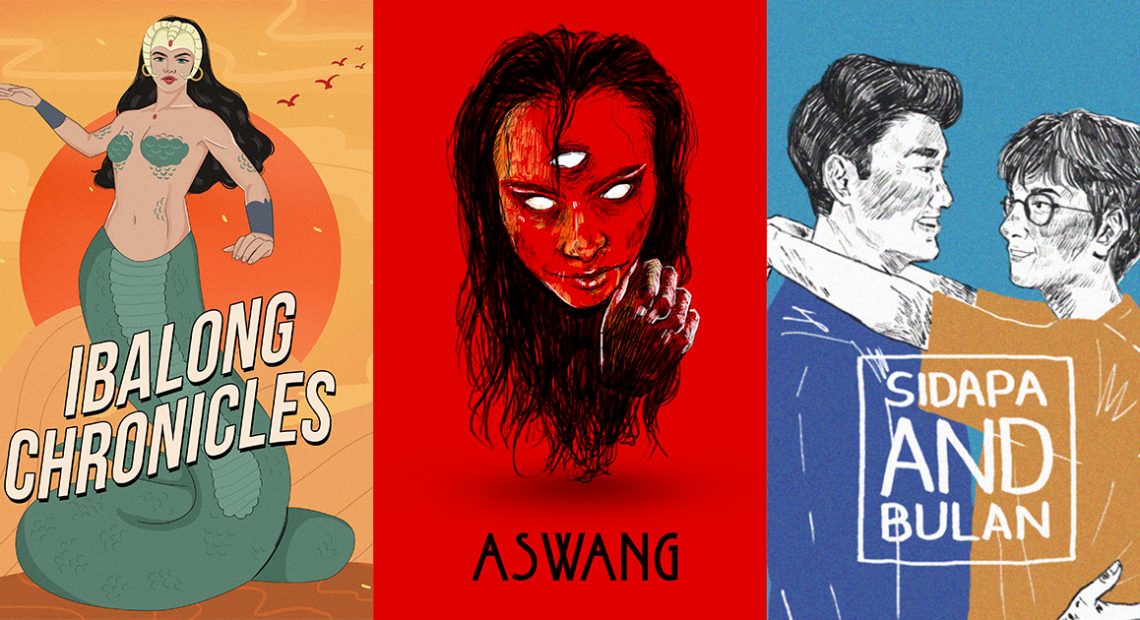 Ancient myths and folklore are finding new life and audiences in today’s pop culture. Think along the lines of Marvel’s Thor series, Rick Riordan’s Percy Jackson and the Olympians, Disney’s Mulan and Hercules. As more and more minority groups are seeing themselves represented in international media, it still feels as though the rest of the world is forgetting our beautiful 7,000+ islands. Perhaps it’s time original Filipino tales get a turn in the spotlight—no shade to Bagani (READ: Hero or Murderer? The facts behind the epic series Bagani). If Netflix Philippines and our local production companies need some help coming up with a show, there are many stories to adapt. In fact, if they’re looking for some inspiration, we have a wishlist of five shows already.

Read more: 4 Local Books That Would Work as TV Shows

Elevator pitch: A king and his brother have their bond tested as they fight to end four monsters’ reign of terror over a divided nation. Split between the dazzling, almost futuristic kingdom from which Indarapatra rules and the untamed wilds that Sulayman must traverse through, the show is both a political drama and a thrilling adventure. Follow along as the brothers’ bond is tested again and again by distance and the forces that work against them.

Background details: This story originates from Maguindanao, which would showcase the Islamic influence on culture in the south of the Philippines, as well as some beautiful costume design. The show will divide time following both brothers on their respective story arcs—Sulayman and his heroic acts, and King Indarapatra managing his city.

Key characters:
Indarapatra — the King, a noble yet burdened man who must look after both his brother and his nation.
Sulayman — the King’s brother, who is impulsive and prone to arrogance. He desperately wants to be a champion of the people.

MONSTERS
Tarabusaw — a creature in the form of a man
Kurita — a multi-limbed monster
Pah — a gigantic, evil bird

Think: The diplomacy of Vikings meets the monster hunting of Supernatural.

Elevator pitch: Three legendary women from Filipino folklore, all named Maria, come to life in this limited series. A fresh look for modern audiences into the origins of diwata and how they became the legends we know of today, while exploring iconic Filipino geography.

Key characters:
Maria Makiling — The diwata from Laguna (Mt. Makiling). Wistful and a romantic, who finds it hard to say no to people.
Maria Sinukan — The diwata from Pampanga (Mt. Arayat). Proud but a bit stubborn, she doesn’t like being undermined.
Maria Cacao — The diwata from Argao (Mt. Lantoy). Slightly mischievous who loves adventure, tableya, and her husband Mangao.

Read more: The Aswang Project is working on a Philippine Mythology reference book

Elevator pitch: In a conquered land by the sea, three heroes must face monsters and nature itself in order to unite the people. The heroes—Baltog, Handiong, and Bantong—come from different backgrounds and have different motivations, but are unable to resist the call to glory. Spanning over several decades, an empire will be built from the ground up alongside the legend of these three heroes.

Background details: The show is based on the epic poem of the mythicized origin of the Bicolanos. Each hero will have at least one season centered around each of them and their exploits. Besides the three main characters, there is a colorful cast of supporting characters. Characters from previous seasons will cameo in later seasons, establishing a sense of continuity throughout the show. This show would be an enormous project, complete with gorgeous fantasy visuals. It would push the limits of CG technology on a high budget, but Netflix would be able to afford it.

Key characters:
Baltog — the first hero, who defeats the Tandayag. He is an Aryan (Indo-European) and is a peaceful, quiet person who finds himself thrust into a position of authority in a foreign land.
Handiong — the second hero, who subdues the beasts of the land, and is known for his strength as well as his ruthlessness. He enjoys being a hero.
Oryol — an attractive serpent woman who can control the beasts and monsters. She is perceived as a villain by Handiong, but her motives are originally unclear.
Bantong — the final hero, who is the only one who can defeat Rabot. He is young and unsure of his abilities.
Rabot — a half-human half-beast who can petrify its victims. It kills hundreds of warriors before meeting its end and is a constant, yet background, threat until the end of the story.

Think: The dynamic cast of characters in Game of Thrones with the monster ass-kicking of The Witcher

Elevator pitch: Entranced by each other from first sight, two men struggle against both society and enemies that want to destroy their chance for a happy ending. Set against the backdrop of Cebu City, the myth is given new life through this modern retelling. When guarded and serious Sidapa finds himself drawn to Bulan, a beautiful younger man, he never expects for his feelings to be reciprocated. And neither did his rivals for Bulan’s affections. Despite everything, Bulan and Sidapa fall in love—but there is someone out there who wants to hurt Bulan at any cost. They are determined to get their happy ending, but what will they lose before then?

Background details: Based on the Visayan myth of the god of death and the god of the moon, but translated into modern world with themes of domestic crime and LGBT+ issues in the Philippines, eliminating the need for heavy CGI. The characters from the original myth are given new roles in this adaptation such as Haliya, Bakunawa, and Macanduc. This show would provide an opportunity for LGBT+ youth in the Philippines—and around the world—to see an explicitly positive and healthy MLM romance inside a gripping drama.

Think: Call Me by Your Name meets Romeo+Juliet. Note: Bulan is a consenting adult in this one, folks!

Elevator pitch: There are more creatures lurking in the dark than you know. The Philippines consists of thousands of islands, and within these islands are thousands of horrors too. Taking inspiration from community folklore and urban legends, each episode of this anthology series would explore the many kinds of monsters of the Philippines—enough to last several seasons and scare your pants off.

Background details: We have famous monsters like the manananggal or the tikbalang who have gotten a lot of media devoted to them, but we also have lesser known yet just as frightening creatures like Puget Mamu and biangonan. The show is also a cultural tour of the islands, providing a glimpse into what different tribes throughout the country are afraid of. Each episode would begin with an introduction of the aswang and the context of their folklore. At the end of the episode, the viewers would be told how to avoid and defeat the aswang… if it isn’t already too late.

Key characters:
None, as the subject changes from episode to episode.

Stale. The word may have come across your mind when you see a...

Who could ever forget those intimate events and concerts held at SM Megamall’s...

“In five minutes, you’ll arrive.” This will be what Waze will tell you...