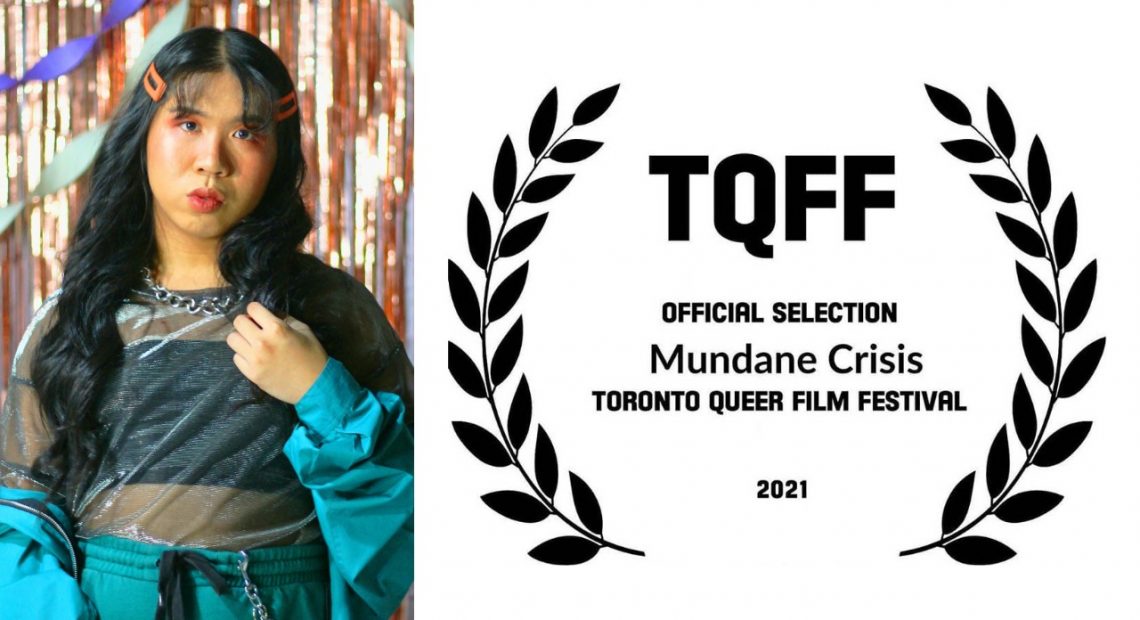 Stef Aranas, filmmaker and one half of musical duo Stef and Euge, is one of the many creatives who’ve taken the brunt of lockdowns. Her thesis film “Your Biggest Fan” was all set to shoot last year, but when enhanced community quarantine came, production was put to a halt. The workaround? Her quarantine thesis film “Resolving ‘Your Biggest Fan’,” now set to premiere at the Toronto Queer Film Festival.

Guided by Stef’s thesis advisor and film critic Richard Bolisay, “Resolving ‘Your Biggest Fan’” mulls over not just her thesis problems, but the social climate during quarantine as well. The film explores the days before the passing of the Anti-Terrorism Law, the struggles of graduating during the pandemic and her identity as a trans artist in the Philippines.

“A year has passed and things have only gotten worse. Cases are higher than ever, and it’s due to the incompetence and lack of empathy of this government,” she writes on a Facebook post. “My film entering the Toronto Queer Film Festival is a ray of light for me in such a dark time. It was such a feat for me to have even made a film in this pandemic, let alone have it showcased in a festival on the other side of the world.”

Woohoo congrats to my thesis advisee, @StefAranas!!! We worked on her thesis during last year’s ECQ—months and months of consultations and madness—and now she’s here. And now we’re still here, a year later, in another likely ECQ!!! Nyemas. Anyway, watch her film!! pic.twitter.com/ch98KrMCoY

“Resolving ‘Your Biggest Fan’” is part of Toronto Queer Film Festival’s “Mundane Crises” lineup, premiering on Mar. 26, 7 p.m. Toronto time (that’s Mar. 27, 7 a.m. in the Philippines). The roster also includes films from South Africa, Canada and the US The whole fest will run for one month, from Mar. 25 to Apr. 25.

For more info on tickets and the rest of the selection, check out the fest’s site.

Read more:
Meet the musicians leading the new wave of local queer rep
Want to write about film? This film critic’s book can get you started
Trans Filipinos are the protagonists in these 6 films

After a long break, Buwanbuwan Collective’s monthly beat exploration event, Bakunawa, is back....