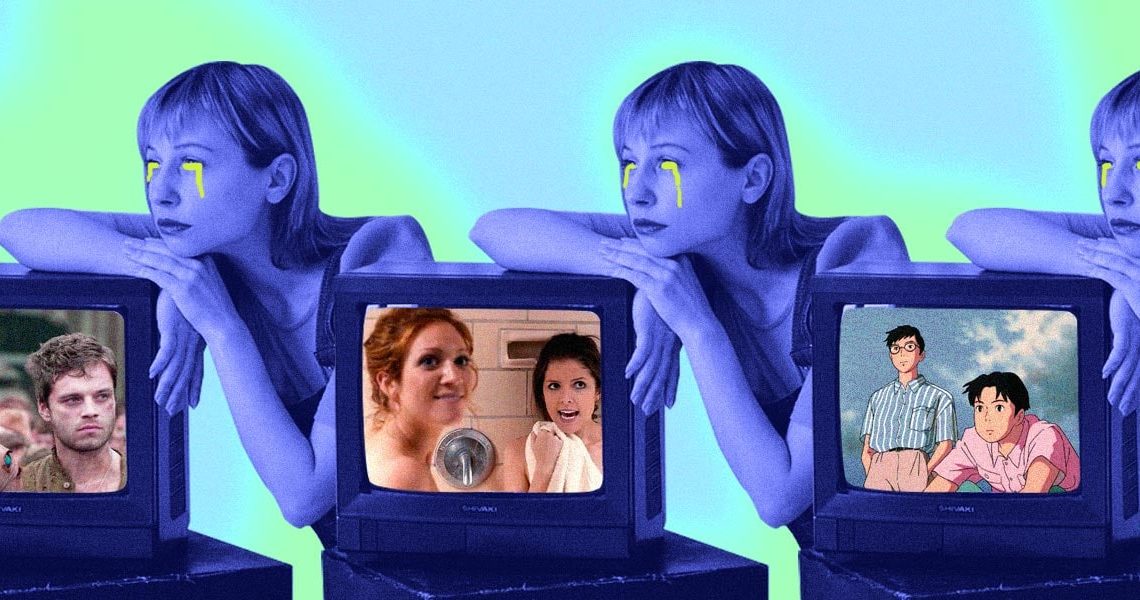 There’s subtle flirting, dialogues that give it all away, and many more reasons that hint at a possible queer romance—until all of these get smashed in the end like nothing happened. Yeah, that sounds too familiar.

Queerbaiting, according to the Urban Dictionary, is defined as a  “marketing technique used to attract queer viewers that involves creating romantic or sexual tension between two same-sex characters but never making it canon or evolving it.”. Despite efforts for diversity and inclusion in Hollywood,  it is still pretty rampant in movies, TV shows, songs, and other forms of entertainment. It’s dangerous because it provides no proper representation, making LGBTQ+ romance just a point of attraction after leading the audience on.

And whether or not the creators actually intended it, the viewers’ thoughts and feelings for these ships are always valid. Like everyone else, the Scout team has had its fair share of these moments. In this article, we make our cases for queerbaiting we’ve observed and why these cop-outs can be so disappointing.

Tomomi Mochizuki’s “Ocean Waves” isn’t called Studio Ghibli’s “accidental” or “secret” queer film for no reason. This so-called love triangle story between high school students Taku, Yutaka, and Rikako a.k.a. the girl they’re “fawning over” wouldn’t really push you to stay on one side and label the other guy as the second lead, unlike in many Asian dramas. Because right off the bat, it’s crystal clear that Taku and Yutaka were the ones whipped for each other.

First of all, the movie made Rikako an unlikeable character. I know that many rom-coms initially frame leads as naive and insensitive—paving the way for a possible enemies-to-lovers trope—but until the end of the film, Rikako stayed one-dimensional. She hardly had any development, so it was a challenge to empathize with her, and even harder to think that Yutaka was that attached. If he were that invested in Rikako and her non-existent redeeming qualities, many Studio Ghibli fans do not see why he wouldn’t feel the same with Taku.

Second, what is up with these lines:

Even the cinematography and scoring were always in their favor. There’s this mysterious tension that surrounded them every time they’re alone together—whether in the classroom or outside, staring at the sunset—and viewers like me have always felt they missed multiple chances to confess to one another. Since this was released in the ’90s, I guess it’s understandable why the undertones stayed as undertones. It’s okay if anyone else considers this a story about lost love because in my case, I know who I’m pertaining to. -Jelou, junior content creator

Beca and Chloe from the “Pitch Perfect” series

Anyone who has watched a “Pitch Perfect” movie can see it: Bechloe is almost synonymous with queerbaiting. The shippers of The Barden Bellas’ Beca and Chloe have suffered their will-they-won’t-they dynamic for the entirety of three movies, but unfortunately, they remain stuck in fanon limbo.

What else can you expect from a pair whose whole thing started in a shower scene? They even milked it further in the next films, with Beca and Chloe exchanging lines about “discovering each other” and “experimenting in college,” all while in bed. “Pitch Perfect 3” probably takes the cake, when the film’s official marketing asked questions like “Will Bechloe ever happen?” Cue that boob grab scene, a kiss that was apparently cut, and folks concluding that, yeah, they’re probably using this ship to sell the film.

I, like any other shipper, am still hoping in vain for that Bechloe spin-off. But for now, at least I’ve got AO3 as my solace. (As always.) -Kat, junior content creator

Okay, hear me out: Bucky Barnes has the hots for his male best friends. Now, before any of you come for me, yes, I know the director of “The Falcon and The Winter Soldier” himself already debunked the rumors, but it just doesn’t sit well with me. (Hopefully to you too, if not, then keep reading.)

We all know Bucky grew up during the 1920s and 1930s when bisexuality and homosexuality weren’t openly talked about, but his appearance in the Captain America series showed his relationship with Steve Rogers. His pure admiration, loyalty, and dedication to his best friend makes me believe that Bucky is canonically bisexual. Not to mention, the writer of the “Black Widow #9” comics said that Natasha Romanoff and Bucky Barnes (who were dating in the story) both admitted they had a crush on Steve Rogers at some point in the past. (Insert suspicious eyes emoji here)

Recently, “The Falcon and The Winter Soldier” sparked theories even more. In the first episode, Bucky admitted to Leah that he hasn’t dated much but he did try out online dating. “It’s pretty crazy. A lot of weird pictures,” he said. “I mean, tiger photos? Half the time, I don’t even know what I’m looking at. It’s a lot.” Now this is where it gets interesting. Tiger pictures indeed were widespread on Tinder around 2014 especially on men’s profiles.

Let’s also not forget that Bucky had the same (if not, stronger) relationship with Sam Wilson. I’m not saying Bucky’s totally hooked on Sam, but if you take time to rewatch “TFATWS” series then I’ll let you be the judge of that. In conclusion, Bucky Barnes will always and forever be a bisexual icon in my life with or without Disney’s blessing. –Yel, graphic designer

Finn and Poe in the “Star Wars” sequel trilogy

I welcome any portrayal of healthy male friendship in the media—you know, where men are able to show affection and emotions to each other like actual human beings. Finn and Poe (John Boyega and Oscar Isaac) fit the bill when they appeared in the “Star Wars” sequels, but the longer I watched them, the more I couldn’t ignore the spark between them. There’s even a lip bite Poe directs at Finn that has been immortalized in a gif.

I truly believe had one of them been a female character, the movies could easily have gone for the best friends-turned-lovers arc. Isaac (and his glorious beard) even shipped his character with Finn, telling Variety in 2019: “It seemed like a natural progression, but sadly enough it’s a time when people are too afraid, I think, of… I don’t know what.” Two years later, I still don’t know what either.

In the same Variety interview, J.J. Abrams explained that their relationship was “a far deeper one than a romantic one” (whatever that means). He then promised there would be LGBTQ+ representation in the film. In the end, what we had to settle for was a fleeting kiss between two women in “The Rise of Skywalker.” Sigh. – Niña, copy editor

We already know that Call Me By Your Name, with its lush Italian...

How many queer characters do you see in a cartoon show? Not a...