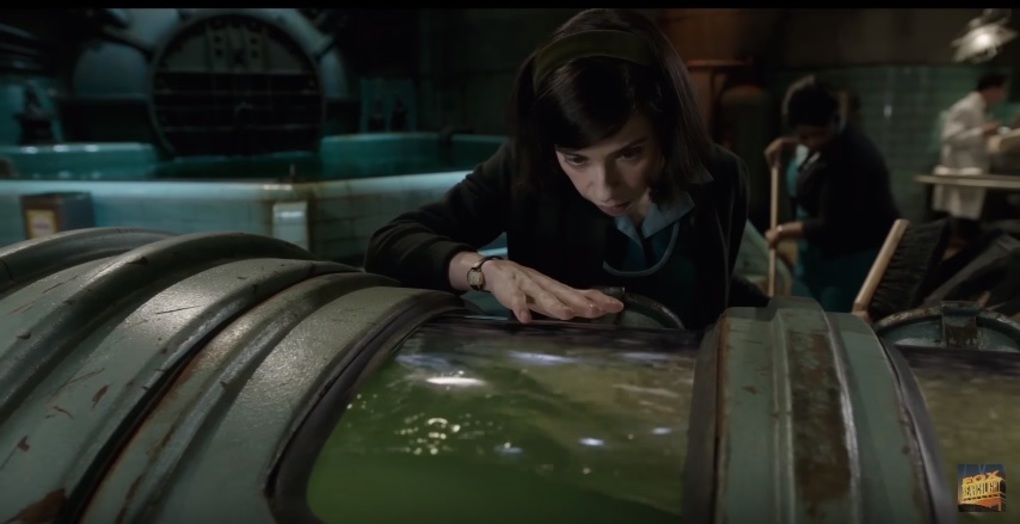 Every love story has its hurdles to surpass, but this one is not your typical love story. Hollywood might have already produced every stereotypical creature and human love story–be it vampire-human, zombie-human, werewolf-human, you name it–but Guillermo Del Toro’s upcoming film The Shape of Water is something we can truly look forward to. I mean, just when we thought we’ve seen it all, get a taste of this sea creature-human love story film.

Del Toro’s The Shape of Water dives deep into the truth behind scientific discovery in laboratories–an unending need to capture, isolate, observe, and take apart everything that the world offers. Set in the Cold War era, Elisa, a mute woman, is offered a job to clean a laboratory and later finds out about the creature being held captive by the scientists.

The storyline looks like an excellent spin-off to The Little Mermaid, what with all the losing the voice and falling in love with a sea creature. Interesting thing is, the roles are reversed, and mind you, the sea creature isn’t as human-like as what our Disney-minds might have portrayed. The almost mundane life of Elisa is about to change when she meets the sea creature inside the much-guarded water tank. Her empathy towards the otherworldly sea creature prompts her to release it from the bounds of a cruel scientist’s laboratory observation.

The movie trailer’s dark, fantasy world vibes lures and captivates its audience to get hyped up with a romance film that is very otherworldly. And believe us, being “hyped up” is an understatement.

Well, there seems to be more to the trailer than you think. Hellboy fans are gearing themselves up for a possible reveal that The Shape of Water is actually a prequel to their much-loved movie. If you’re interested in this theory, we’ve managed to compile some evidence online (coming from Hellboy fans themselves) pointing to that theory.

Here’s what we know so far:

The sea creature in the film looks a lot like Hellboy’s Abe Sapien.

Not a complete striking resemblance, but the sea creature from the latest movie might as well share the same genes as those of Abe’s.

It also likes eggs. Just like the “fishman” in Hellboy.

Hawkins’ character spends more time with the sea creature and offers it some eggs to eat in this shot.

Abe Sapien has telepathic abilities, and the sea creature seems to have the ability to do so as well.

In the trailer, we see Elisa telling Richard Jenkins’ character, “When he looks at me, he doesn’t know how I am incomplete. He sees me as I am.” Hmmm… wouldn’t it be so convenient if the sea creature could actually read the mind of Elisa to empathize with her?

Both creatures listen to classical music.

Elisa asks the sea creature to choose between two vinyl records, and as she plays it on the phonograph, yes ,you guessed it, classical music is its jam too.

Why? Could it just be a coincidence?

So, are Hellboy’s Abe Sapien and the sea creature from Del Toro’s latest film one and the same? Is the Abe Sapien really back?

Hellboy prequel or not, the trailer’s pretty awesome.

Photos from The Shape of Water official trailer

When it comes to asexual representation in media, the size of the roster...

by Marc Airelle Castillo The creators of MMFF 2016 entry Die Beautiful are bringing...