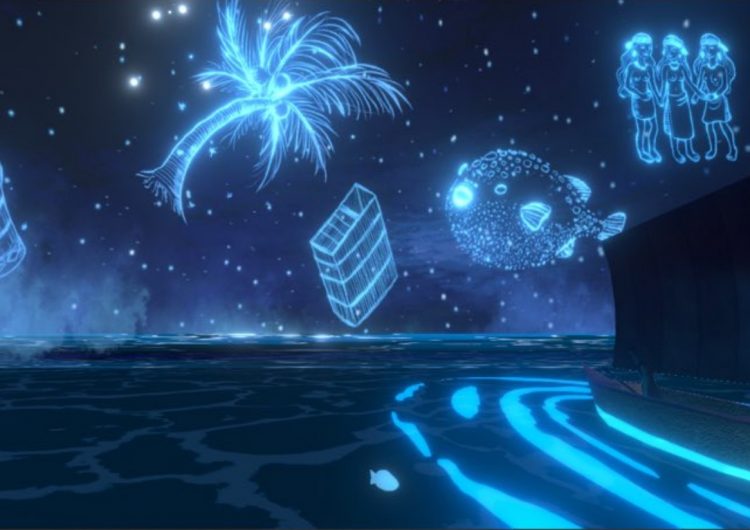 We’ve all dreamed of going to that galaxy far, far away. Heck, we’ve probably even declared our dream of becoming an astronaut to the whole class once. Blame classic games like “Space Invaders” and “Galaxian” for intensifying our NASA fantasies. Though these make up for our distant space dreams, one of the most untapped talking points is Philippine ethnoastronomy.

Live since July 10, “Naga” is a dreamlike, lowkey therapeutic game about Philippine constellations. Through the journey, players can complete constellations, connect-the-dots style. This was developed by Chikon Club as part of the Rising SEA 2020 event in which they were encouraged to brew unorthodox outputs with respect to creative freedom.

Our short #RisingSEA game about Philippine constellations is now live!

Hyades as it known in the West, is known as ?????? to our Tawi Tawi people, because it looks like a cup or baso.

“It was because of the theme of the event for Rising SEA which was “woven,” and the music we chose from those made by game composers from Singapore and Malaysia,”the club says when I asked about their choice of zeroing in on Philippine constellations. Aside from its stunning visuals, we’re giving props to Yvonne from Singapore and Kuseki from Malaysia for the immersive music.

Playable in under 20 minutes, “Naga” also depicts how voyagers from Tawi-Tawi “mark the seasons with stars in the sky,” their website explains. “We wanted a no-fail game that was super chill. Since the game was made in one day, we simplified the mechanics and did our research on local constellations,” Chikon Club says.

“There’s water scenes from Life of Pi and Moana that we wanted to recreate so we highly focused on the water illumination and the night sky. And we think no matter what game we make, we’ll always bring Philippine culture with us.”

Prepare to zone out because you can play “Naga” on their site right now. You can also help in the further development of this game here.

SarawaTine fans, the Netflix gods are riding the ship with us. As if...

Thanks to this year’s D23 expo, we got more information on the upcoming...