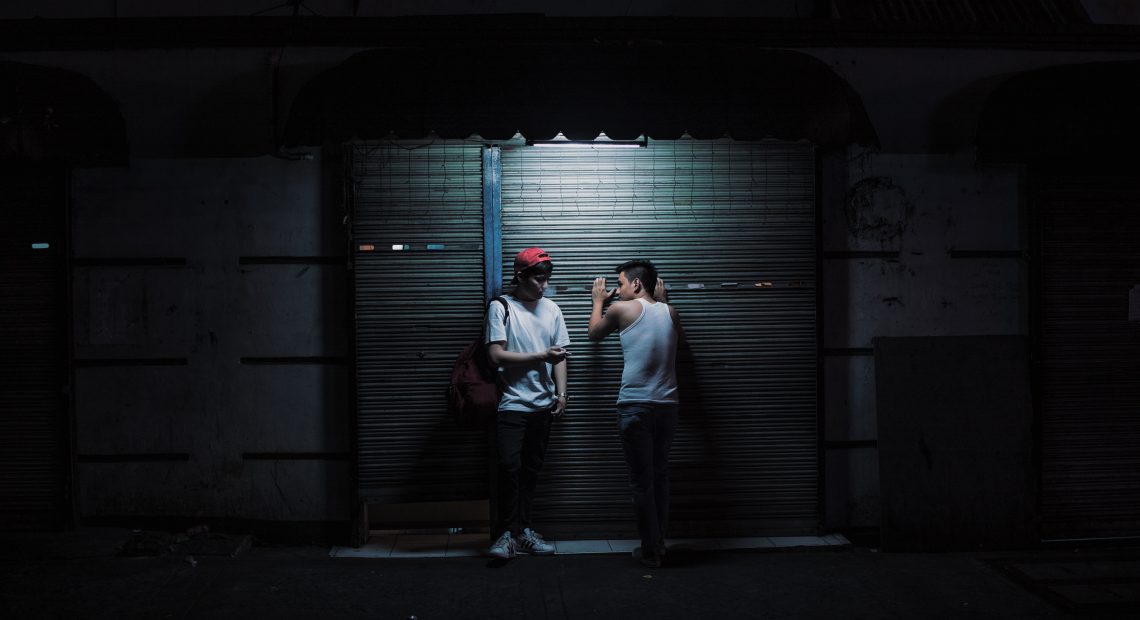 Petersen Vargas is a wonder child.

In Scout’s previous profile on the filmmaker, Denise Fernandez recounts an instance from college where her friend can’t stop gushing about Petersen and his works, then a film student in the University of the Philippines Diliman. During our thesis season, Petersen’s thesis film Lisyun qng Geografia was our professor’s standard of a well-crafted student film. And it is:

One year after I graduated, I met Petersen during the premiere of his debut film 2 Cool 2 Be 4gotten at TriNoma. The lines were long, fans were swooning over the presence of the lead actors, and Petersen was busy walking around with a big smile on his face—was he simply welcoming the crowd or was he really, really nervous? That I forgot to ask when we met again for a Northern Living feature.

The interview, which appeared in the magazine’s Jan. 2017 issue, delved deeper into his insights about films. We talked about the books and the movies he liked back then. And although we didn’t discuss the filmmaking process that much, I realized that Petersen was a dreamer just like all of us in college. He was a dreamer who was perhaps also afraid to take chances but took them anyway.

With one feature film and several shorts under his belt, Petersen has pretty much established his identity and perhaps style as filmmaker. Frames from his films are like a recollection of distant memories. They are memories of youth that come back to you vividly and, to some extent, with brute force. They are snapshots of moments where you remember. Perhaps “remember” and “youth” are the keywords.

This year, over two years after the release, Petersen is taking another risk—yes, I believe filmmaking or any other craft for that matter is a risk. He has just announced that he’s working on a new film titled Some Nights I Feel Like Walking, which is on pre-production under the guidance Southeast Asia Fiction Film Lab (SEAFIC). One week after the announcement, we talk to Petersen about the film and how his perspective as a filmmaker has changed since 2 Cool.

Hi, Petersen! How are you?
I think it’s weird to have started the year this nervous. Yeah, I’ve been nervous. But it’s a good kind of nervous.

First of all, congratulations on your second feature film. What were you doing when you found out about the announcement?
It was funny, because the night before we were expecting the announcement, I had a really long meeting with my producers trying to prepare our next steps just in case we didn’t get selected at SEAFIC. It was around past midnight when we got the e-mail. We toasted with whatever we were drinking at that time—purple Gatorades, how cool right?—because we were just so relieved and happy all the hard work paid off. We pretended the purple Gatorades were wine, and toasted to the selection.

“And I had this hunger to explore themes of youth and sexuality further, and sort of take those to the next level.”

I remember the last time I talked to you was two years ago. Two months before that interview, 2 Cool premiered. Back then, you said you were developing materials for a new feature film. Haha. Well, my question is, when and how did the concept and script for Some Nights I Feel Like Walking begin?
2 Cool was more than two years ago! Wow. I think the concept came around a month after the Star Cinema release of 2 Cool 2 Be 4gotten, because the earliest draft of the story concept paper—a one-paragraph note that read more as five character sketches than actual story idea—dates back to April 2017.

At that time, I was ruminating a lot about my frustrations over my first feature—how I didn’t push it enough in a lot of aspects because of certain limitations. And I had this hunger to explore themes of youth and sexuality further, and sort of take those to the next level. So what was the next level, you know? How do I make it… harder? Kidding aside, it was that specific desire that led me to the concept, the “what if” of Some Nights I Feel Like Walking: what if a rich teenager meets a barkada of young street hustlers? It all started with that what if, really.

And how did it become part of SEAFIC?
It was through a workshop organized by the Film Development Council of the Philippines (FDCP) that SEAFIC was formally introduced to me back in 2017. The man behind SEAFIC, Raymond Phathanavirangoon, came to Manila and talked about what it means to properly develop your material, and one way was to be part of a script lab like SEAFIC. The talks that Raymond did were more than eye-opening lectures—they were like harsh but necessary sermons, like a big slap on the face to wake us up to how things should be done, you know?

I remember submitting my application the week that the FDCP sent five Filipino representatives to the culminating SEAFIC Open House on October 2018. It was a bloody process completing that submission. It was the first time I’ve worked that hard, together with my producers, to reach a certain standard, even with just a submission.

Variety described your film as “a cross country odyssey with all the action taking place in one night.” If it’s possible, can you tell us more about the film?
The SEAFIC website actually released the official logline of the project: “Over the course of one night, Zion, a rich teenage runaway, joins a four-man crew of street hustlers in a cross-country odyssey in search of a home for their friend’s dead body.”

That’s the most I can tell… for now!

I remember asking you about sadness and cinema before. Back then, your IG bio read, “I like watching and making sad films.” Now, it’s “boy in a coma.” But do you still like making and watching sad films?
I think sad movies will be my forever thing.

” I think, with this next film, I want to capture something that’s deeper than sadness. And I don’t know if I know the word for it yet, but yeah.”

Is Some Nights I Feel Like Walking a sad film?
Hmm… is it? I think, with this next film, I want to capture something that’s deeper than sadness. And I don’t know if I know the word for it yet, but yeah.

What do you think has changed with you and your process since 2 Cool premiered?
I’m definitely taking my time now. With 2 Cool, it was made in the pace of a whirlwind romance. And ended on a note as those do—full of dissatisfactions, regrets, questions, self-evaluation. With this, I want to, you know, take things slow for a change. Developing the screenplay alone has taken me around two years to do the first draft. I plan to develop the screenplay further, under SEAFIC, the entire 2019.

“I hope this film could also be a way for me to rediscover home, and get to know Pampanga for what it is now.”

Your previous films, 2 Cool and Lisyun, are set in Pampanga. Is it the same for the new film?
This one’s quite a different approach. It’s a road movie, so the characters try to navigate their way—of, course, with essential sidesteps, misdirections, and temporary limbos—from Manila all the way to Pampanga, carrying a dead body amidst all that.

It’s a way for me to do some sort of cinematic homecoming, whatever that means. I couldn’t deny the fact that my reality now is city life here in Manila, where I’ve been based since moving out of my hometown for college. But something always points me back to home, to Pampanga. I hope this film could also be a way for me to rediscover home, and get to know Pampanga for what it is now.

When I think of a Petersen Vargas film, I also think of the music. You worked with Ourselves the Elves previously. I know it’s quite too early to ask this, but will music play a big part for Some Nights I Feel Like Walking? Who do you want to collaborate with for this one, if ever?
Too early to tell. But of course I always have Aly Cabral in mind to do music for any film I make, if it comes to that part of the process. We’ve built a good relationship thus far. And I’m glad she’s scored for other filmmakers other than me. She’s pretty damn good.

When do you plan to release the film?
Right now, we’re looking at 2021, if everything goes well.

Last question.:What’s your favorite film as of now, and why?
I saw this film last year during QCinema, an almost 4-hour miserablist epic called An Elephant Sitting Still, and I still can’t shake it off out of my system just yet. It’s the kind of film that forces itself to stay with you. For me, it’s the best depiction of how we are as people in this time, in this world: perplexed, in chaos, at war with ourselves. The film is angry, ambitious, singular in vision and scope, wears its heart on its sleeve, but all the more brilliant because of it.

The pressure to be happy can be a source of anxiety for a...

Asia Jackson and Justine Mae Biticon are putting morena Filipinas to the front....

Seeing strong female characters on film feel empowering and as I’ve come to...