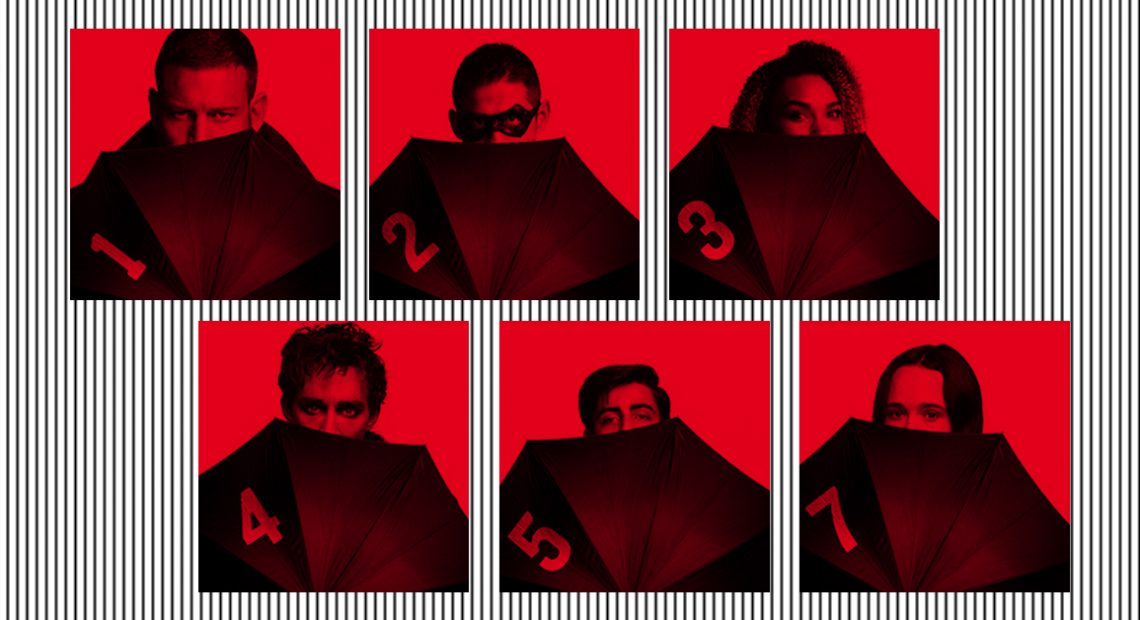 As a young, in denial emo girl growing up in 2009, I was obsessed with everything My Chemical Romance and their frontman Gerard Way. Everything he did with the band and everything he did alone, I immediately followed, like the obsessed fangirl I was. His side project The Umbrella Academy was one of them.

Umbrella Academy became my gateway to the world of comic books and graphic novels. It was an interesting first for comics. Like the songs he created, it was a dark and macabre reimagining of superheroes as we see them. This isn’t some Action Comics, clean-cut fantasy. He turned the superhero trope over its head as he applied elements of dysfunctionality seen in DC’s Watchmen and awry family dynamics often explored in J.D. Salinger’s The Glass Family series.

2009 was almost a decade ago. And in the comic book series’ 10th anniversary, Netflix is set to release the TV adaptation of The Umbrella Academy, with Gerard Way at the helm of its production. But for non-fans of the comic and Gerard Way, confusion might greet them instead of excitement. Don’t worry–let this comic book nerd be the guide on the streaming site’s upcoming live-action title.

Not your average origin story

In The Umbrella Academy, President John F. Kennedy’s assassination never happened. A much weirder element in the story is how the seven members of The Umbrella Academy came to be. A finishing blow from a cosmic boxing match during 1977 gave birth to 43 superpowered infants. Their birth mothers are connected to each other by no means. None of them had superhero powers either. Here’s where the alien disguised as a famous entrepreneur named Sir Reginald Hargreeves comes to play.

Sir Reginald Hargreeves (aka The Monocle) adopted seven out of the 43 infants to prepare them for the biggest task yet–saving the world. That part didn’t exactly mold them into an unstoppable force their father hoped them to be.

The first leg of the Umbrella Academy mythos entitled The Apocalypse Suite starts with the superheroes’ founder and mentor, Sir Reginald Hargreeves, dying. The six remaining superheroes meet once again at his funeral where it became apparent to them and the reader that they’ve turned into fucked-up adults. Setting their differences aside, they try to uncover the mystery of their father’s death.

Is The Umbrella Academy a school or what?

How fucked up are these adult superheroes raised by their authoritarian alien father? Let’s round it up. For starters, their father ranked their worth and that ranking became the basis of their codenames. Think Code Name Kids Next Door but with underlying daddy issues.

It starts with One, more known as Spaceboy (Luther Hargreeves), who’s the leader with his head grafted to an alien gorilla. Two is The Kraken (Diego Hargreeves), a skilled melee fighter who grew up bitter with his superhero childhood. Three is The Rumor (Alison Hargreeves) whose power is a fucked up game of Simon Says. She can alter reality with the succeeding words she says after the phrase: “I heard a rumor.”

Four is The Seance (Klaus Hargreeves) the flamboyant, alcoholic telepath who can communicate with the dead. Five is The Boy, a 50-year-old immortal man stuck in a boy’s body due to a childhood time traveling accident. Six is The Horror (Ben Hargreeves) who possesses monsters under his skin from other dimensions. He died when the main story began. Seven is Vanya Hargreeves who had no special powers whatsoever, but was adopted by The Monocle to “save the world.”

Its plot ranges from complex to downright surreal

What earned Umbrella Academy’s accolades is its unique plot. Its timeline is based on a history-altering assassination becoming nonexistent. The series is now on its third volume and so far it dealt with troubling family dynamics and psychotic time-traveling serial killers. Existentialist themes, government conspiracies, and morality’s gray areas are further explored in this series. And by the looks of it, its Netflix adaptation wouldn’t be any different.

What will the Netflix adaptation have (so far)?

2019 sounds like a long wait for its live-action release. But seeing it’s October now, we’re months away from binging the streaming site’s latest superhero venture. Promotional material and stills were released in anticipation for Umbrella Academy. It’s star-studded but rather mismatched cast piqued a lot of people’s attention too.

Ellen Page (Juno) plays Vanya Hargreeves the seemingly powerless sibling, Robert Sheenan (E4’s Misfits) will play the alcoholic telepath Klaus Hargreeves, and Mary J. Blige will play Cha-cha who’s part of a time-traveling assassin duo. Netflix is yet to release trailers or footages of the series. But so far, it hasn’t failed to look interesting and have everyone looking forward to its February 2019 release.

What a time to be alive–our favorite sarcastic teen Daria is getting a...