It’s hard to convey our emotions in 280 characters or less. How can we pull off such a thing? Even though most of us are online these days, crafting the perfect tweet or mood post that embodies our pandemic woes is an uphill battle. That is how the new normal, for a brief moment, made everyone equal.

We’re tired, drained and clueless on how to deal with the everyday crazy. It happens to the best of us: frontliners, normal civilians and yes, even young creatives living on our screens like Gabbi Garcia and Khalil Ramos.

“Hmm, how do we summarize this year in a tweet?” the 21-year-old former “Encantadia” actress ponders on our Zoom call. “That would be… roller coaster. Mine’s roller coaster. How about you?” she asks 24-year-old on-screen/IRL partner Khalil Ramos. “One tweet? ‘Sana hindi all.’”

The Zoom chat bursts into laughter as we tried summing up this plague year in one tweet. No matter what our generation’s individual differences are, we can all agree: mocking the absurdity of our circumstances will forever be our coping mechanism. Just ask this duo.

I briefly met Gabbi and Khalil in late 2018. At our fourth anniversary party, these two made heads turn. They were wearing the freshest drips, flashing their million dollar smiles, like any power couple. That’s what I initially thought—great, another celebrity power couple.

But that’s not the Gabbi and Khalil I met last week via Zoom. If anything, it felt like talking to your friend group’s fave couple; you either want to hang with them or wish you had their bond.

They’re the couple you invite for a chill hang sesh. In lull moments of the afternoon, you try to visit their Animal Crossing island. They’re the ones you send memes to. And if you have pandemic mood tweets, they’re your first responders for sure.

“I had a lot of escapes so I was that kind of person,” says Khalil. “Si Khalil, ’nung mga three months palang ng quarantine, we weren’t able to see each other because of the lockdown,” says Gabbi. “Our villages were both locked down. Parang LDR kami for like, two months.”

So how did they keep their connection alive? They recreated better days virtually. Animal Crossing dates i.e. our generation’s pandemic love language. “Doon kami nagkikita,” says Gabbi. “We had dinner dates there, we went to each other’s houses. He sent me a Switch para lang makapag-date kami sa Animal Crossing.”

2019 was a big year for these two individually. Riding high after playing Sang’gre Alena in the iconic fantaserye “Encantadia,” teleseryes kept coming Gabbi’s way like her role in “Beautiful Justice.” And while she took on television, Khalil blew us away in Mikhail Red’s controversial coming-of-age thriller “Dead Kids.” They even got to work together on Jade Castro’s “LSS” with one of the biggest indie-folk acts, Ben&Ben.

Last year was all about showing everyone what they got. Then, it all came to a sudden halt after March struck.

“I came from a very hectic schedule, ’yung tuluy-tuloy ang work ko, then biglang nag-stop lahat. Nakakagulat siya at first. But after a few months, I got the hang of it,” Gabbi explains. She also tells us how she was an extrovert, loving late nights in Pobla after a hectic work day. Khalil, on the other hand, was more of a stay-at-home introvert.

He sheepishly admits how quickly he was able to adjust to quarantine life. In the first months, he had different coping mechanisms. He was still in touch with reality. Or at least, tried to be. “Fifty percent of the day was just escaping everything, and the rest was for being super mad about everything that’s happening.”

Leaning on our support system this year isn’t the same. Due to social distancing, our relationships (whether platonic or romantic) are struggling to survive via DMs. Virtual hugs have replaced physical touch. We now send well-meaning emojis instead of IRL affection.

With quarantine breakups on the rise, Gabbi and Khalil powered through. But they admit it was hard in the first two months.

“Everybody is affected by this quarantine,” says Gabbi. “In our industry kasi, nag-stop lahat, production stopped, taping stopped and most of our work are events and mass gatherings. So, we were really affected, and I got so anxious about my job.”

She says that apart from Animal Crossing and virtual hangouts, content creation became an integral part of recreating better days between them. They ventured into vlogging just to get out of their own heads and make themselves, as well as the people who support them, smile. Khalil agrees with her sentiments and shares how he tried to see the brighter side of things.

“I went through a very different phase of anxiety during the whole quarantine, mainly because of the ABS-CBN shutdown and how it directly affected me, my family, my peers, my colleagues,” he clarifies. “It’s really the family that I built around my work environment in ABS. It was about grasping the idea that it’s about to be gone.”

In detail, he described it as a looming cloud over his head. He went through the exhausting, existential ordeal of plotting a safety net for his future as an artist. He was stuck at home and his colleagues were starting to lose their jobs. It was a lot to take in.

“My approach was still being in touch with reality and how the issue itself was terribly handled by the administration. I was still in touch with my emotions about the issue itself, pero I had to be positive for these people that I loved dearly,” Khalil says. “It’s a balance of fighting for our rights, fighting for my loved ones’ rights and also, just seeing the [bright side] in all of this.”

That’s the million-dollar question: How do we recreate better days from here on out?

Remember the saying “same thing, different day”? That’s pretty much our daily lives in the new normal. We read about how the pandemic is getting worse (and naturally feel helpless about it), deal with aerosol anxiety when we need to go out, roll with the multitudes of video conference calls for work or school and keep relationships intact via watch parties.

“My love language is physical touch,” says Gabbi. “Obviously, we can’t do that when we’re apart. So, online love was just replacing that love language into something that would fill your partner up, through FaceTiming, constantly checking on your partner and simple things like Animal Crossing. It’s just really about supporting and making your partner feel like they’re loved despite the pandemic,” says Gabbi.

“Our relationship is built on adventure, going on dates at restaurants and just really seeing the world,” says Khalil. “The biggest adjustment is not being able to do that. We had to find different ways of expressing that energy.”

Effective communication is their anti-quarantine drama solution. If anything, it was their saving grace. “Just really communicating our feelings, emotions and thoughts very well built a really good foundation of trust and emotional support,” explains Khalil.

She says that apart from Animal Crossing and virtual hangouts, one of their escapes was content creation. They ventured into vlogging just to get out of their own heads and make themselves, as well as the people who support them, smile. Khalil agrees with her sentiments and shares how he tries to see the brighter side of everything. 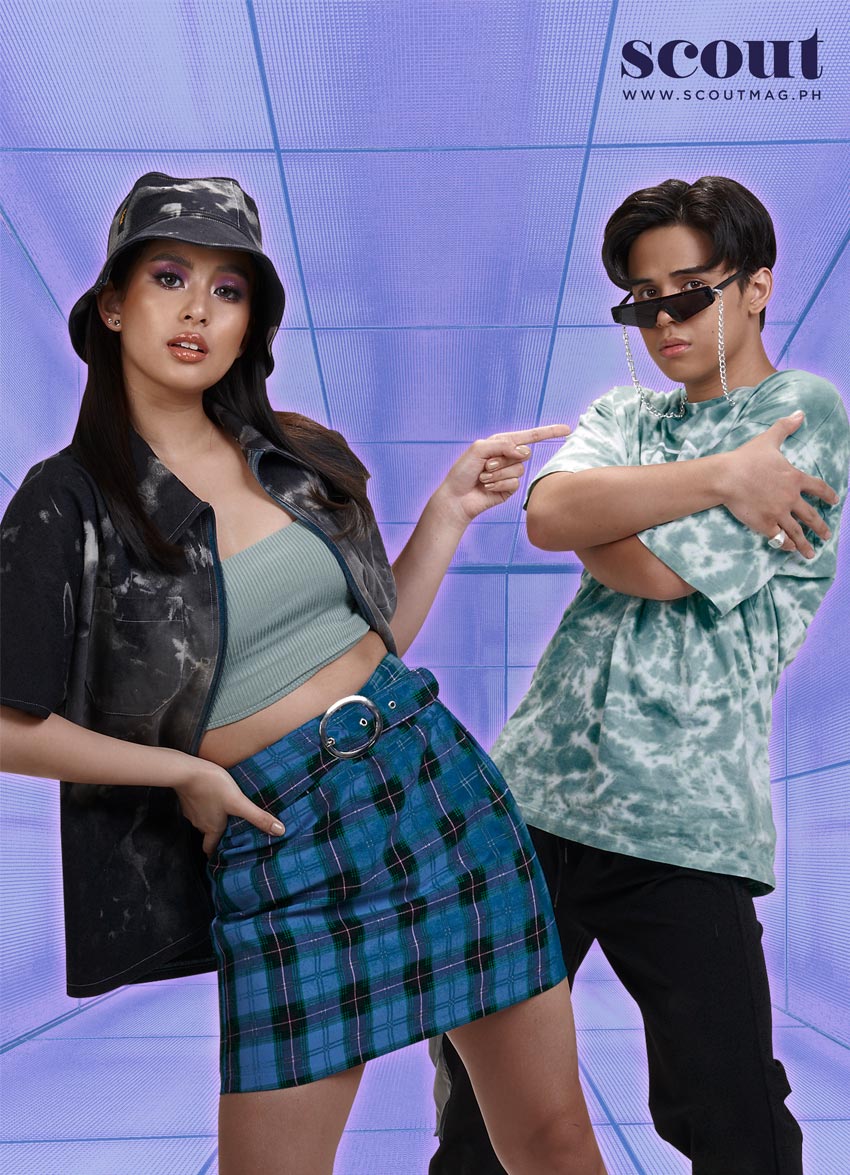 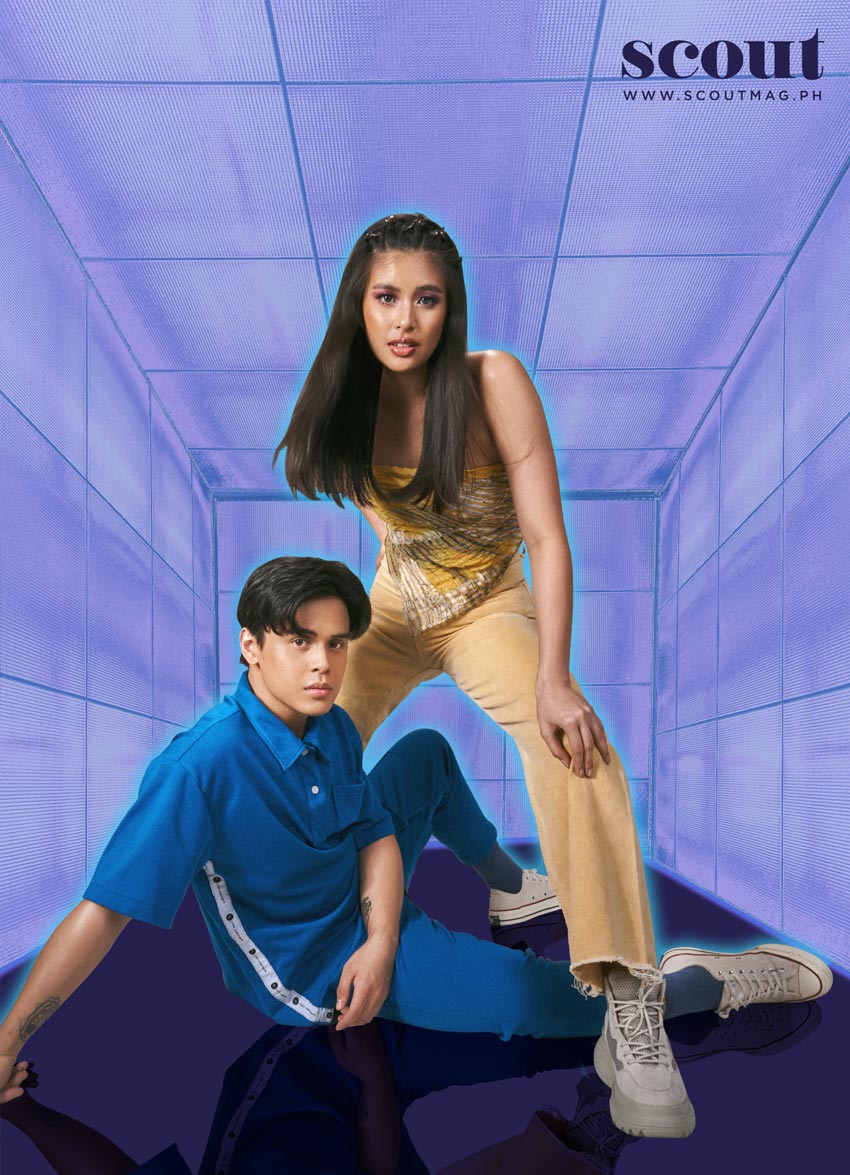 “I had to be positive for these people that I loved dearly. It’s a balance of fighting for our rights, fighting for my loved ones’ rights and also, just seeing the [bright side] in all of this,” Khalil says.

That’s the million-dollar question: How do we recreate better days from here on out?

Better days seems like wishful thinking. Still, even if it’s hard, we must have some sliver of hope that we’ll be okay. That regardless of the heartbreaking clownery around us, better days will come eventually. It gives us something to hold on to.

“Most people are taking this opportunity to reconnect with their loved ones. Because we are at home, I’m pretty sure a lot of families around the world were able to reconnect. They were able to celebrate life in their own ways,” says Khalil. “But even if I said all that, there are still people who (don’t have the) privilege of a complete family or even food to eat.”

The ‘ber months are already here. Sooner or later, we’ll say goodbye to the fever dream that is 2020. The three of us in this Zoom call have no idea if this fever dream will even end soon. We’re tired of everything. But we can’t stop dreaming of a better tomorrow than this.

“2021 might be even more challenging because (we’ll still be feeling) the effects of the pandemic—in terms of the economy. Sana next year, imbis na magsisihan, magtulungan. I hope everyone just offers a helping hand whenever they can,” says Khalil. As for Gabbi, she prays people would be hopeful and would no longer take things for granted. “Sana they’ll appreciate all the little things more.”

But what about them? What are their hopes for themselves in 2021?

“When everything starts to ease into normal again,” says Khalil, “the very first thing we’re gonna do is go to the beach or go on a road trip, and just enjoy the world again.”

For you, how do you recreate better days? Make Globe your ride-or-die on finding the courage to gain positive vibes and reconnecting with your loved ones.