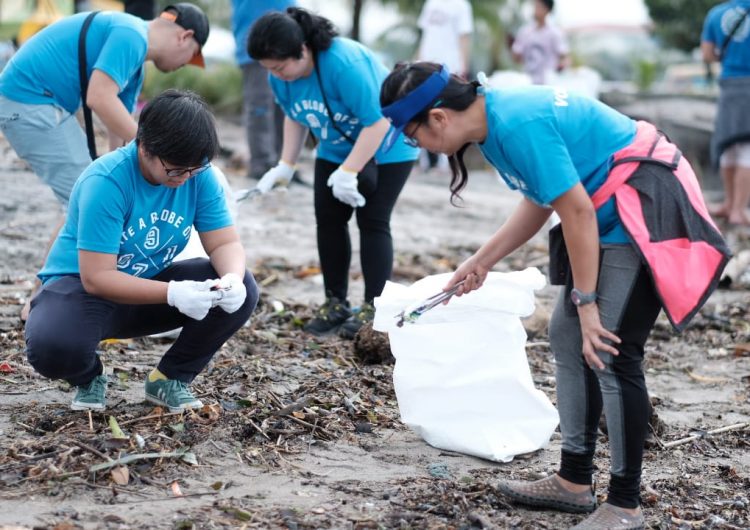 We’re now at a point where our reliance on single-use plastic has taken over the market and, even worse, our oceans.

In an effort to act on these environmental issues, Globe collaborated with International Coastal Clean-Up Philippines (ICC) and the Department of Environment and Natural Resources (DENR) for the annual International Coastal Cleanup Day in selected parts of the country. The initiative is in line with the telecom giant’s yearly 917 celebration, which is all about gratitude.

Over 15,000 volunteers joined the worldwide simultaneous cleanup last Sept. 21 at Subic Bay Freeport in Zambales, Baseco Beach in Tondo, and at Las Piñas-Parañaque Critical Habitat and Ecotourism Area (LPPCHEA). We got 100 Globe Rewards Points after registering to volunteer. We get to help clean the Earth and get free rewards points in the process. It’s a win-win, am I right?

“It is everyone’s responsibility to take care of the only planet we live in. We think it is appropriate to use this occasion for our customers to share a meaningful experience with us,” says Yoly Crisanto, Globe chief sustainability officer and SVP for corporate communications. Cheers to that, Globe.

It’s time to stop pointing fingers and figuring out who’s responsible for the current state of our oceans. Instead, let’s start putting efforts into lessening our carbon footprints—free rewards points optional.

Skipped a week, but we’re back with more of the items we can’t...

To say that streetwear is polarizing is an understatement. Not only has it...