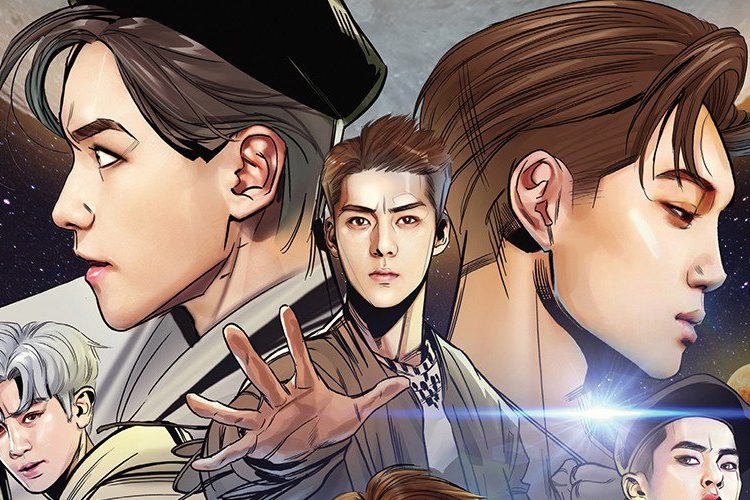 We got a whimsical “Ko Ko Bop” from famous K-pop group EXO not too long ago. Now, they’re back again with a repackage of their album The War, including a brand new single released yesterday, “Power,” and a lot of other fun stuff any fan will definitely enjoy. Chinese member Lay may not have returned yet for this repackage, but the group is compensating with these things you can expect and come to love, like we did.

The new concept for this particular repackage traces back to the group’s debut with the song “MAMA,” bringing back EXO’s different ‘superpowers’ into play. This comeback is more superhero and video game-inspired than past ones, dressing up the members in cartoonish outfits and placing Nerf guns in their hands. The boys even have their own player cards, both in the music video and the physical album.

2. A funny and playful music video

Placing all members on one battlefield, EXO is tasked to defeat robots from space (yes, it sounds and actually looks ridiculous, but you’ll actually have a good time watching if you just take it without question), seemingly brought to life by a mischievous Xiumin. It’s a lot more fun than EXO’s previous videos because it’s clear that they aren’t taking themselves seriously in this (looking at you, “MAMA”).

3. New tracks to listen to

This is actually the best part of the repackage. All new songs on The Power of Music are total bops–we have two fun electronic pop tracks in “Power” and “Boomerang,” and one sensual R&B track in “Sweet Lies.” Netizens are actually saying that the latter is better than the single itself.

4. Comic books in the album

It seems that SM Entertainment has outdone themselves this time. True to the new concept, the repackaged album includes an actual comic book (the conclusion to the “Power” music video marks the beginning of the comics) as well as collectible character cards. Looks like they’re tapping into every fangirl’s geeky side. Not that we’re complaining.

by Lex Celera I watched the first season of Mr. Robot in the...

88rising collabs with ‘Star Wars’ alum for their latest merch

Think 88rising is done with merch drops for the month? Try again, y’all—they...

I first discovered Lady Gaga on the cusp of adolescence in 2008. Back...