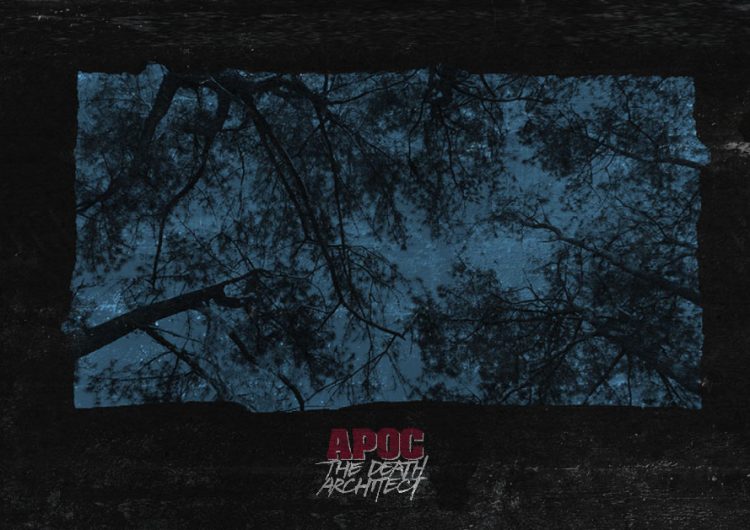 It doesn’t get more underground than inside a coffin, but Apoc The Death Architect’s Loob ng Kabaong manages to bring fresh hip-hop to life.

The first thing you need to know about Loob ng Kabaong is that you need headphones to really dig into it. I don’t mean the flimsy pieces of plastic shrapnel Apple passes off as earphones in an effort to cash in on your profound ability to lose anything overpriced. I mean Hi-Fi, heavy-duty, heavy-bass headphones. Or a surround sound setup with big bad subwoofers. Anything less would be like enjoying a movie made for IMAX on your cellphone at 240p. You’ll understand why this is important as soon as the title track cracks open, panning from right to left, wrapping your head in forewarnings of the Rapture.

Apoc The Death Architect’s words drone over a bottom-heavy arrangement that uncoils like a massive python getting ready to feed, setting the tone for an record that boasts skill of craft, and managing expectations for the rest of the 14 track album. The remaining runtime destroys those expectations, and leaves you grateful for it.

There’s a little bit of everything for the hip-hop enthusiast on this album. The wide array of beats ensuring that you’re never really sure what comes next. The album itself is an exercise in style, from the broad-stroke trap influence on “Rapper Ka,” to instrumentation reminiscent of 90’s hip-hop goodness on “Wala Akong Pake,” to the Latin percussion and horns on Husgado, one of the more instrumentally unique tracks of the offering.

The rapper/producer serves a veritable buffet of cuts suited to the most indecisive of palates. His collaborations with DJ Nicko and DJ Supreme Fist, on Sensitibo and Idolo respectively, are a good example of featured artists knowing how to not drown out a track.

The result is an album that’s as light on its feet as Apoc is slick on the mic. The production value speaks to a love affair with hip-hop in its many incarnations, and an appreciation for what it’s all about.

What remains constant throughout is the ebb and flow of Apoc’s lyrics, brash and confident, sharp and insightful. His style wanes and waxes with every cut, rhyme scheme jumping around more rapidly than a rabbit on crack. He knows when to hold back, when to let the words sputter like a semi-automatic, and on occasion, when to sing a little. That being said, there are a few weaker songs on the album.

Strong tracks individually, namely “Sa Pagdanak Ng Dugo” and “Bara Imortal,” a collaboration with Kemikal Ali and Denmark, unfortunately pale in comparison to their sonic bedfellows. On an album where every other song leaves a unique impression, these two tracks are just a few degrees short of being fully cooked.

Other than that, all the other cuts pretty much hit the mark. He attempts to talk to God on the steady, brassy jaunt “Taong Mesiyas,” and strips naked on the introspective “Balik Alapaap.” He’s all disses and braggadocio on “Idolo,” then gets sentimental on “Mundo Mo, Mundo Ko.” Tonal and thematic shifts on the album run the listener through every message that Apoc wishes to convey, and ultimately, that’s: I’m good at this shit. Real good.

Apoc The Death Architect has proven his name to be a misnomer, as Loob ng Kabaong plays out like a tightly produced, kinetic, and thoroughly enjoyable breath of life for anyone looking for their next hip-hop fix. The talent is the testament, and making a name for himself on a side of the music scene where authenticity matters more than it might elsewhere, Apoc puts his prowess on full display, and that’s something you can’t fake.

Let us read your fate in your next ‘Sour’ listening party