This year, the famous FlipTop Battle League is turning 10 years old—and to ring in the celebration, they’re mounting the biggest hip-hop music festival in the country: The FlipTop Festival.

Following a decade of snappy comebacks and sick flows, FlipTop Battle League is handing the mic to more than 200 featured artists from the country and across the globe. The upcoming event will spotlight three stages, showing off the whole culture of hip-hop like it’s the ’70s in South Bronx—aside from your round of bars and beats, expect breakdancing, turntablism, and live graffiti painting.

Rappers Bambu and Rocky Rivera are set to take the stage. Other artists in the lineup include legendary local act Gloc-9, as well as Shanti Dope, Abra, Al James, Ron Henley, Illustrado, among many other acts soon to be confirmed for the two-day fest. 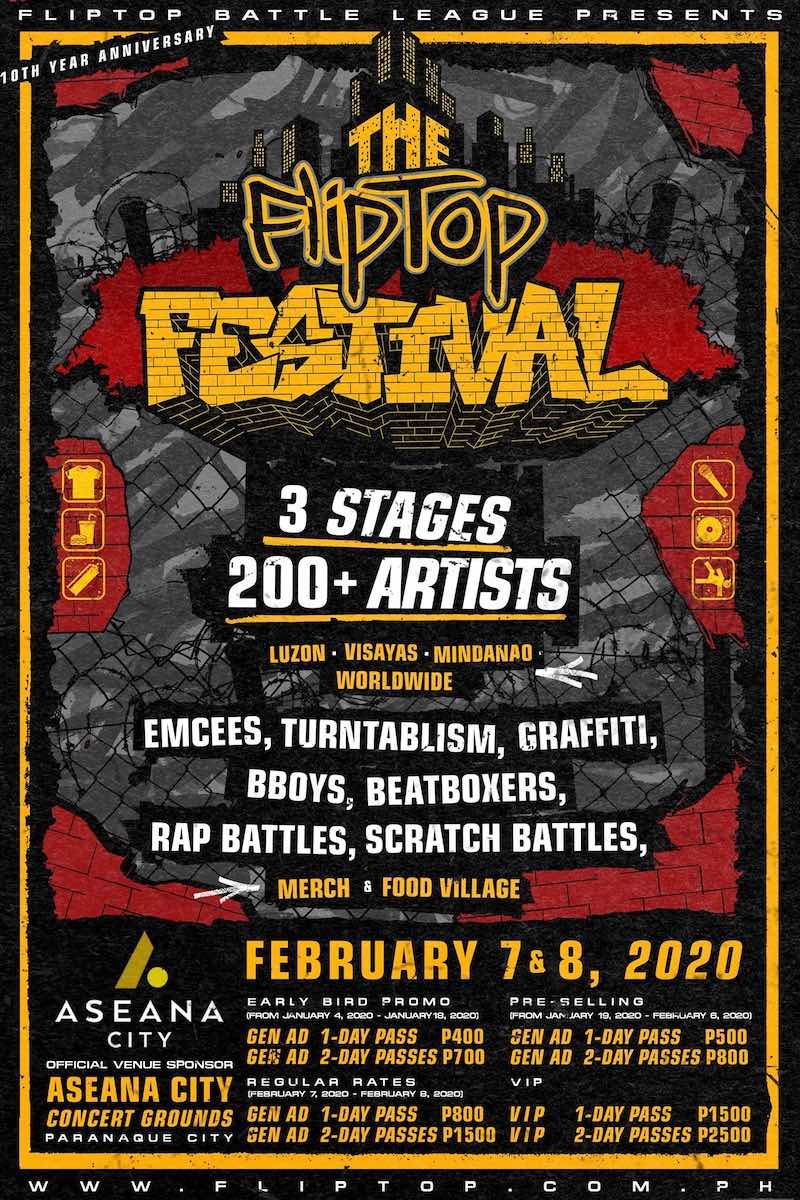 “The festival aims to really be as inclusive as possible, and more importantly, to have everyone represented properly,” says FlipTop Battle League founder Alaric Riam Yuson (a.k.a. Anygma). “As much as hip-hop has grown in the last decade, with every element, region, style, and era, it’s really not easy to make sure that no one is left out. So ultimately, we’ll try to achieve that; to get literally everyone to really represent and celebrate what we’ve accomplished as a culture.”

Right up your alley? Head over here to grab your tickets.

UPDATE: The Varsitarian revealed the student who filed another complaint about the biology...