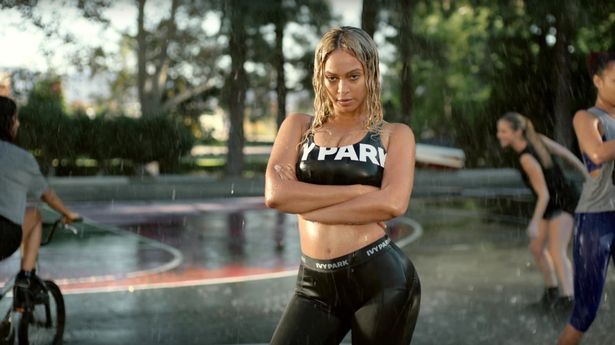 Beyonce’s new line of active wear, Ivy Park, was dropped on the shelves less than a week ago and it already has the internet by storm. With news of its skyrocketing sales, it seems that tickets to her Formation Tour won’t be the only thing that’ll be sold out soon.

The Ivy Park line includes fitted tank tops, sweatshirts, cotton jerseys, and a whole lot more—basically a complete set of armor to make you feel badass while dominating your gym routines. Along with its release are a couple of commercials. There is a serious one with a very empowering narration from Beyonce herself, and another, goofier one that is basically an outtake of her twirling on her rollerblades and stumbling. Watch the first one below.

Both of those feature her in some Ivy Park pieces that look ultra-fierce and stylish on her. (Which makes us hope that we’ll look just as damn good as her once we order the clothes too.)

Even as early as now, the clothes are flying off the shelves, but worry not, as co-founder Sir Philip Green says that they’re just getting started, and that we should all expect the brand to pop up in more stores. Ivy Park doesn’t plan on leaving too soon, unlike other celebrity fashion collaborations.

Let’s face it: we’ll never slay as hard as Beyonce, but with Ivy Park, we can at least come close to that.

Ivy Park is available only in Topshop, Net-a-Porter, and Nordstrom in the U.S., but for those of us in the Philippines, we can catch it at Zalora.com.

Check out some choice pieces from the Ivy Park collection below.

1. There’s only one definition of a tornado, according to National Geographic. It’s...