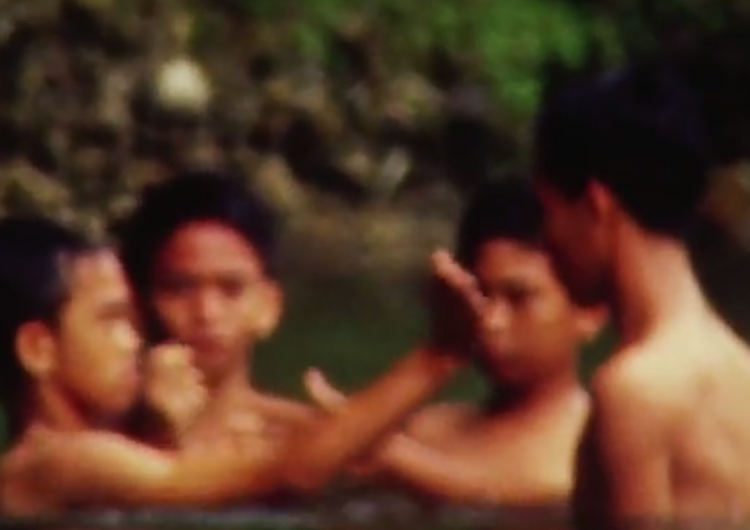 Over the weekend Francis Cabal (lead vocalist/guitar), Paolo Arciga (vocalist/keys), Jayme Ancia (guitar), Ivan Brosas (guitar), Bijan Gorospe (bass), and Erwin Hilao (drums) of six-piece “alt-country-tito-rock” band the Strangeness released the music video to the first single out of their upcoming 11 tracked debut album Scorned as Timber, Beloved of The Sky. Titled “Liliw”—named after Ivan’s hometown in Laguna, the MV is three minutes and 45 seconds of edited unused footage taken from the director Shireen Seno’s 2012 art house film Big Boy. As frontman Francis shares, “There’s no particular narrative per se at work, but the footage matched the song’s theme of loss of innocence and finding redemption, so we got together with Shireen and edited it together.”