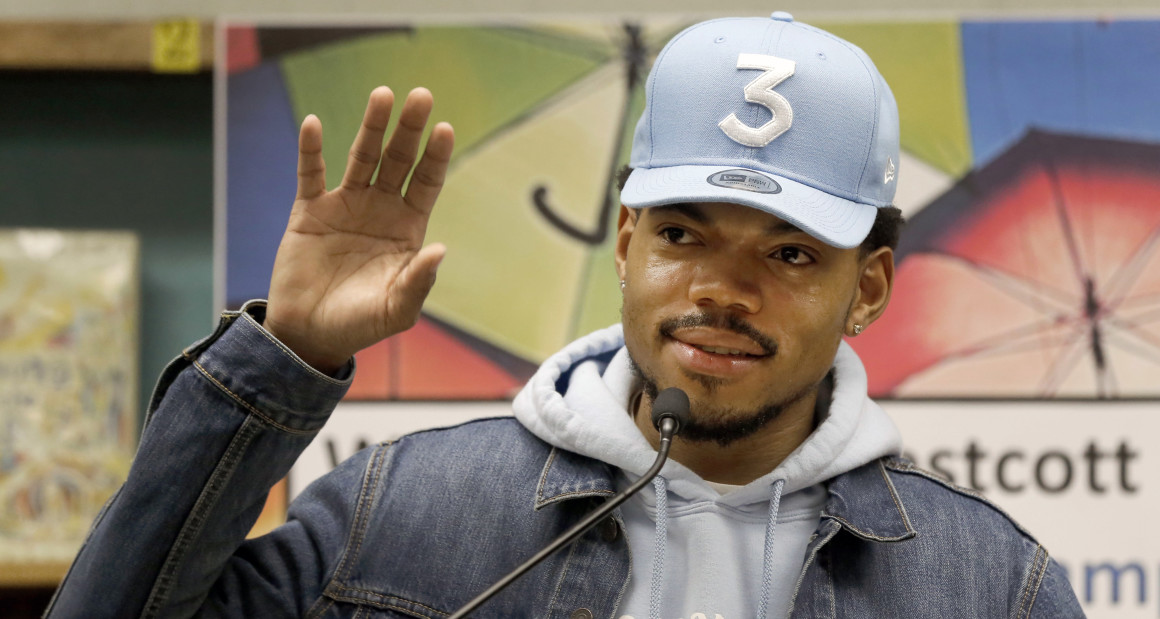 When he’s not busy chasing after a major record label, putting out free mixtape after free mixtape, or taking over stages by storm, Chance the Rapper spends his time caring about the people in his city.

Chancellor, you see, has a soft spot in his heart for the public school system of Chicago. It needs a lot of help, which is why he called on Illinois (the U.S. state Chicago’s in) governor Bruce Rauner for a meeting last Friday. They met, but they didn’t really get anything done with regard to public school funding because, well, politics. Chance says Gov. Rauner, who vetoed a state bill last December that would have obligated the system to pay teacher and school administrator pensions, gave him vague answers to his requests. Chance said he and the public schools “didn’t lose” that day, and that he would have a plan by this week.

Well, that plan was revealed on Monday: it turns out that he was donating $1 million to Chicago public schools, and he would make extra $10,000 donations for every corporation that donated at least $100,000 through his nonprofit organization, Social Works, Inc. “Our kids should not be held hostage because of a political position,” Chance said in his press conference Monday.

It’s a whole mess surrounding the state of Illinois and the city of Chicago that will take forever for us to untangle, but damn, we wish there was a celebrity around here that cared about people’s welfare this much. Enough to take on a politician and challenge him to do something about it, and do something about it themselves when the system won’t rise up to the occasion. Well, it’s tough for a big star around here to take a stand for more than one reason, but we guess that’s why our president was elected. But that’s not doing us a lot of good, now is it?

But yeah. Get you an idol that’ll spend this much money on kids.

Stan who you want, but let’s not forget the more pressing matters in...

With the streetwear industry expecting billions in revenue for this year alone, to...