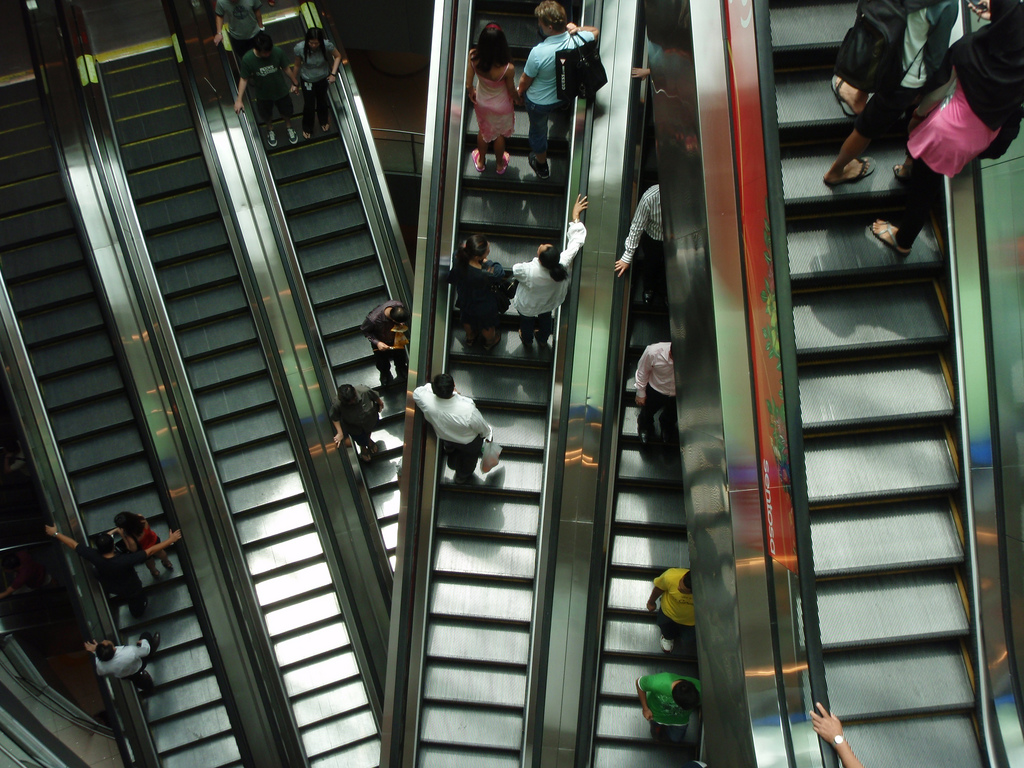 There’s a viral photo that’s been circulating social media for the past week. The photo shows a recent poster at SM Aura Premier demonstrating escalator etiquette, with the phrase “Walk on the left, Stand on the right.”

I’m glad that finally, someone’s enforcing policy about what we do in an escalator. Where there’s people, there’s traffic, and it’s easier to imagine these policies in place if you think of escalators as roads. People get pissed if someone’s blocking their way. We all have somewhere to be.

But hold up, ’cause escalator etiquette varies from country to country. The BBC reports that 25% of people on in London walk on the escalators and only about 3%  walk in Shanghai according to a study. Hong Kong in fact, urge everyone to stand still on their escalators, due to safety concerns. And it’s not just some arbitrarily made up rule either. Patterns like the average height of escalators, the amount of steps people are willing to take before they stop, and what they’re doing while riding the escalator are taken into account.

A report from Citylab explains the standing rule succinctly: “Once an escalator reaches a certain height, passengers are deterred from walking up the left side. This creates crowding at the foot of the escalators as passengers wait to access the standing lane on the right. Enforcing a standing-only rule ensures that passengers are moving up the escalators consistently, creating fewer pile-ups. It also allows for more people to fit on an escalator at a given time.”

So not only is it convenient for everyone, but it’s also more efficient. I’m curious as to what research lead SM to enforce the walk-left, stand-right policy. It’s not about Filipinos not abiding by the rules, as the caption on the photo suggests, is it? Citizens of other countries don’t do it. Maybe a public information film like this would do the trick. We should all just take a stand (no pun intended) and decide on our own escalator etiquette; believing in an imaginary gold standard other countries possess and we don’t isn’t only problematic, but also wrong.

Heart of a lion