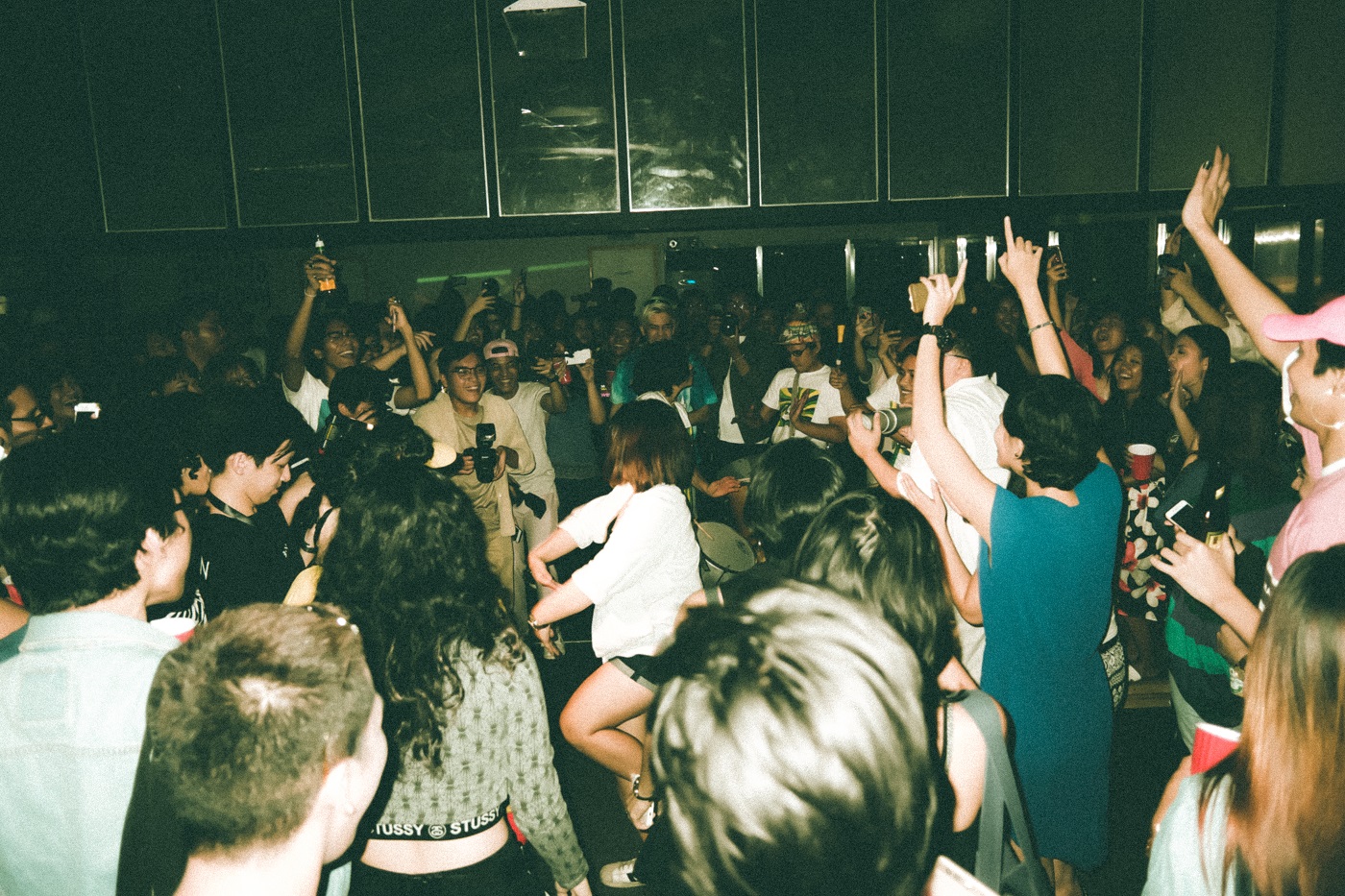 It’s a little past 8PM. Almost everyone’s in their off-duty mood inside Warehouse Eight at the La Fuerza compound in Makati, where the second Scout Socials was held last July 12. There are projections of orange sunsets over purple skies and snippets of ‘80s flicks. There are cases and cases of cold San Miguel beer in ice boxes. Nearby is the first official release of the next Scout x Proudrace collection, and also copies of our latest issue fronted by Julia Barretto herself.

But it’s not a party until the people come in, stop looking at their shoes, and actually enjoy themselves.

And boy did we have a heck of a good time.

We celebrate our third birthday and also the launch of our 27th issue for this edition Scout Socials, and we made sure to celebrate with the friends and family who made another year of Scout a huge success. Special guests include Scout friends Kaila Estrada, Paolo Tiongson, a.k.a. Poor Taste, Tom’s Story, and Rome Gomez of no rome. From bloggers to contributors, the people we’ve featured, and close friends of the Scout team, the crowd this year was a miscellany of different backgrounds, and we’re happy that all of them came through.

This party wasn’t just any part as well; it was the prologue for our upcoming Scout Music Fest, our biggest event of the year under the same theme of ‘80s California.

And what’s a party without any entertainment? Our intern Alexandra started the night with a DJ set of hip-hop and trap to loosen up the crowd, and then a rousing dance performance from the femme performers of A-team–the end of the performance beginning the real party, the energy kept up by the SAMBA School Imperatriz Filipinense. They had this energetic drum set which prompted people from the crowd to circle around and dance; it was a real sight.

But that’s only what happened on stage. In the corners of the room, outside the venue, in between sets, were the moments that made our party a success: happy interactions between different social circles, in one rhetorical roof.

It was a fun night, squirts. See you all again for the real thing at the upcoming Scout Music Fest, this August 5 at SM Aura Premiere.

Thank you to our official beer partners, San Miguel Pale Pilsen and San Miguel Flavored Beer. Special thanks to Fundr and Warehouse Eight.