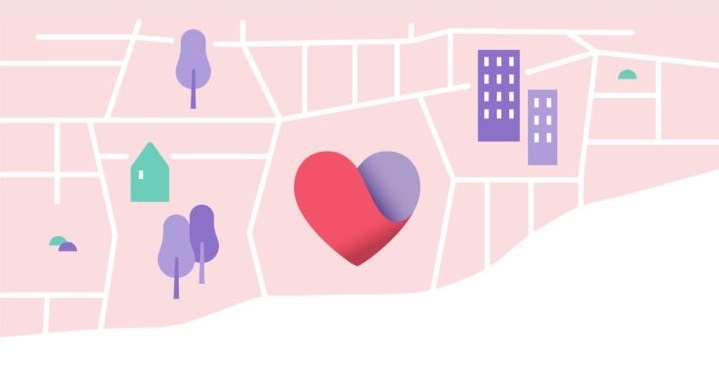 I was on various dating apps with a consistently poor outcome. Blame it on my being finicky. I spent hours checking out pictures and reading their bio only to swipe left after. It was unproductive, so I ended up deleting those apps within a day or a week.

Now that I don’t really care about dating—well, I never did—Facebook is now one of the contenders in virtual dating. Uhm, it has always been a space where you can thirst and flirt, but the social media platform has now created a space dedicated to just dating.

Facebook announced their plan of making a dating feature within the app in 2018. It was first tested in Colombia late last year. And now, it’s available in several countries including the Philippines.

I re-downloaded the Facebook app on my phone. And my first reaction upon launching the app, which I have deleted since the beginning of the year, is, “what the hell happened to their interface?” Apparently, they redesigned the app.

Since it’s a new feature, a banner quickly led me to the new feature. As an introduction, Facebook, which has a very bad reputation when it comes to privacy, promises that Facebook Dating doesn’t share a user’s dating profile and conversation on Facebook.

Once you’ve decided that Facebook dating is for you, you can build your profile primarily based on your sexual and gender identity and preferences. These are the questions:

Then, you can further build your profile with questions about religion, school history, and others.

Since I couldn’t experience the feature in full, I turned to other articles to know what special features Facebook Dating has. According to The Verge, the dating feature doesn’t involve swiping like Bumble and Tinder. “Instead, you answer question prompts and initiate conversations based on a photo or written answer in a person’s profile,” The Verge article reads.

It still confuses me, so I decided to turn on my location services after writing that paragraph above. It looks like the users who have signed up in my area aren’t enough for Facebook to give suggestions. Anyway, according to what I’ve read online, suggested matches will also reveal your mutual friends.

Now, how do you match? Since Facebook knows a lot about us, they suggest people “based on [what users put on their] dating profile, preferences, friends in common, things [users] do and share on Facebook, and more.” Users can also opt to see suggested matches who are going to the same events or in the same groups as them. I don’t know about you, but that sounds kind of creepy, huh?

Instead of swiping, you either click “pass” or “interested.” Once you show your interest, you can begin messaging each other. And if you pass, those profiles will go to “second look,” giving you a chance to reconsider and maybe show your interest.

Apart from that, you can also give a hint to nine secret crushes from your Facebook friends list. If your secret crush also places you on their list, then good for you; Facebook will notify you of the mutual interest. The feature, however, doesn’t seem to be available in the Philippines yet.

I am not very excited about this feature. It’s not just because I’m not interested in dating, but also because of Facebook’s not-so-good reputation in keeping our information private.

I’m also afraid that people might find a way to extract more information than those users have provided on the Dating feature.

For one, they know who your mutual friends are. Okay, that’s a good way to verify a person’s identity and character. But with that, a person who’s interested in you might also find you on Facebook and bug you outside the Dating feature.

Sure, let’s give this new feature the benefit of the doubt. But let’s also be cautious.