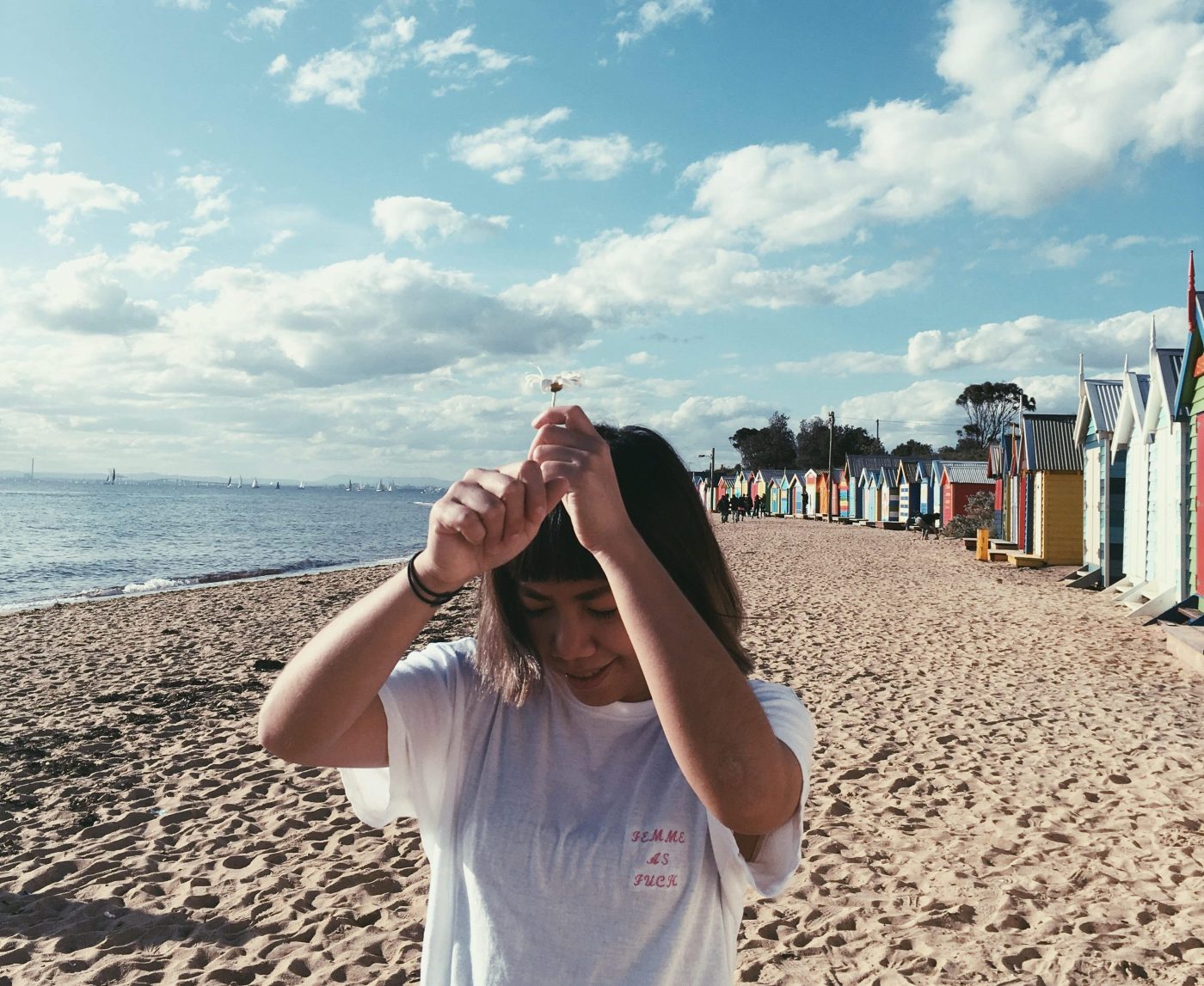 You know, we think social media has caused us to believe that we’re up to date with the lives of people we care about. We know where they partied for Halloween because of Facebook, what they ordered at the latest restaurant thanks to Instagram, and even what song they listen to in the shower thanks to Snapchat. But sometimes we never really find out how their lives are until we ask.

The same goes with places around the world. We can look at headlines around the globe through the Internet and see stories of events minutes after they happen. Live feeds, Twitter updates, and on-the-ground reports are valuable news. But what do the people there feel about it?

We talk to our friends from around the world, some of them old members of the Scout team, and straight up ask them how they are.  We catch up on what they’re doing, what the headlines are where they are, and how they feel about it. First, it’s great to catch up with friends you haven’t talked to in a while, and second, learning about what’s happening from people who live there really informs us of the country’s issues beyond the facts presented by the news we see in social media. Below are edited excerpts from our conversations with them: 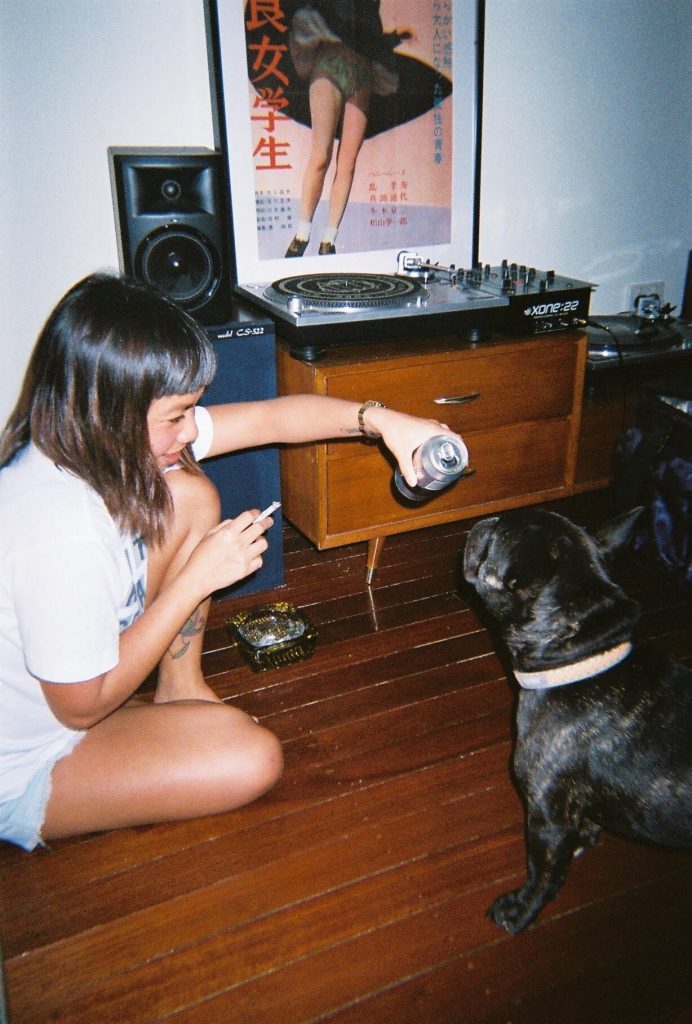 Hey Maysie, how are you?

What are the headlines in the newspapers where you are?

I’m not really up to date with the news, haha! Was too busy with school (last month) then I’m now looking for different freelance work. People here do care about Trump’s win, ayaw din nila kay Trump eh. Not a footy fan but the Bulldogs won the Australian Football League after 60 years and the people here went crazy! Also, They value the arts culture here! The Melbourne Music Week just started last Saturday and most of the shows are for free.

If you eat it with bread and butter, yes. Like, 95% butter then 5% vegemite hahaha! And yeah, since I worked in a café before, I noticed that not all Aussies love vegemite. 🙂 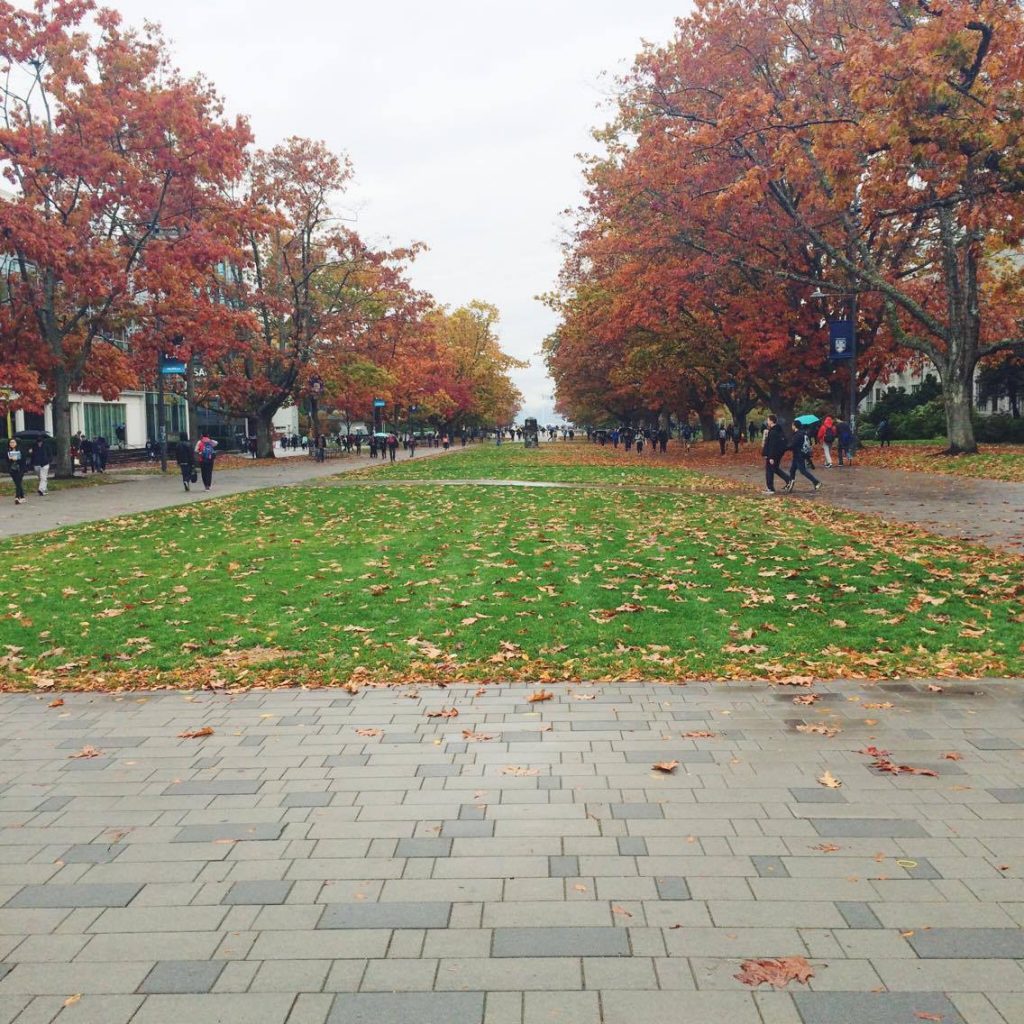 Hey Margot! Can I bother you?

Depends haha. Is it a long question or not?

Kinda? My question is: what’s happening where you are and what do you feel about it?

In light of the recent US elections and Donald Trump’s win, everyone here is really anxious about the country’s future. We’ve been having extensive discussions about in class and everyone here is so anxious. Like, how can I live where the US president is racist and misogynist and stuff like that. Everyone’s in their panic mode. Recently I’ve been trying to think through my apathy towards it because i’m not as panicked as everyone else. I’m not fucked. I recently came through the realization that none of this is new to me. With the Philippines having a president who pretty much made a joke about rape. In the country i grew up in, shit like that is happening every single day. It’s not that i’m apathetic it’s just that it’s not new.

In a way it’s really good but in a way it kind of popped their western bubble. This western idea that we’re moving forward, that racism is gone, sexism is gone. I think it’s time to step out of that disillusionment because everywhere else, this is happening.

[pull_quote]This western idea that we’re moving forward, that racism is gone, sexism is gone. I think it’s time to step out of that disillusionment because everywhere else, this is happening.[/pull_quote]

Thanks, Margot. I really value your input.

No problem. Happy to help.

I’m good.  People are worried about Trump’s win. I’m just bothered by the whole thing is all, what it means for our friends in the states. One of my friends there experienced harassment the morning of the election results.

What do you feel about the whole thing?

I’m pretty affected even though I’m not in America. Because either way my friends are being bullied, harassed because people think whatever Trump stands for is now legitimate. Here it isn’t that bad but it reflects on the politics. Like one woman is vying for the Conservative party leadership, and is latching onto trump’s victory, saying that it is a message Canadians need to take in as well. To me that is terrifying because Canada has always been multicultural and a country that promotes equality and here she is, asking for the same change the states has just undergone.

[pull_quote]I’m pretty affected even though I’m not in America. Because either way my friends are being bullied, harassed because people think whatever Trump stands for is now legitimate.[/pull_quote]

I hope we’ll both do fine.

I hope so. We’re not being indifferent about it. I hope things get better over there too. 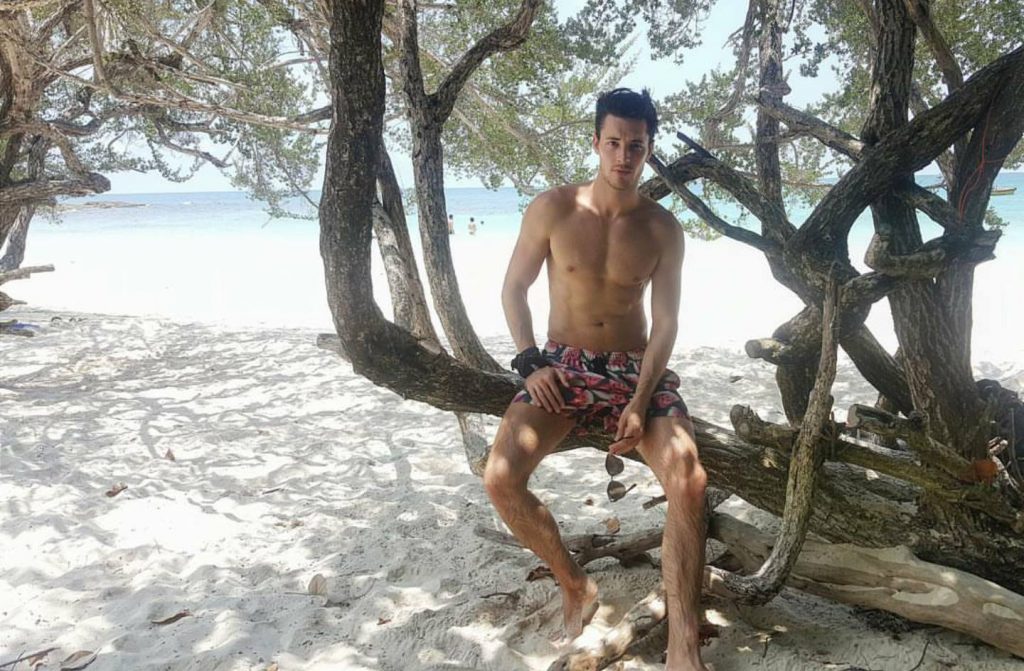 Hey Jake, how are you? How is life there?

Where were you before you moved to Thailand?

I’m originally from the UK but I just recently moved from HK to Bangkok. I’ve been going back and forth to Thailand.

What are people talking about there?

With the sad passing of the king, it is very quiet right now but it is beautiful to see how close Thai people are and the respect they have towards each other and their country. 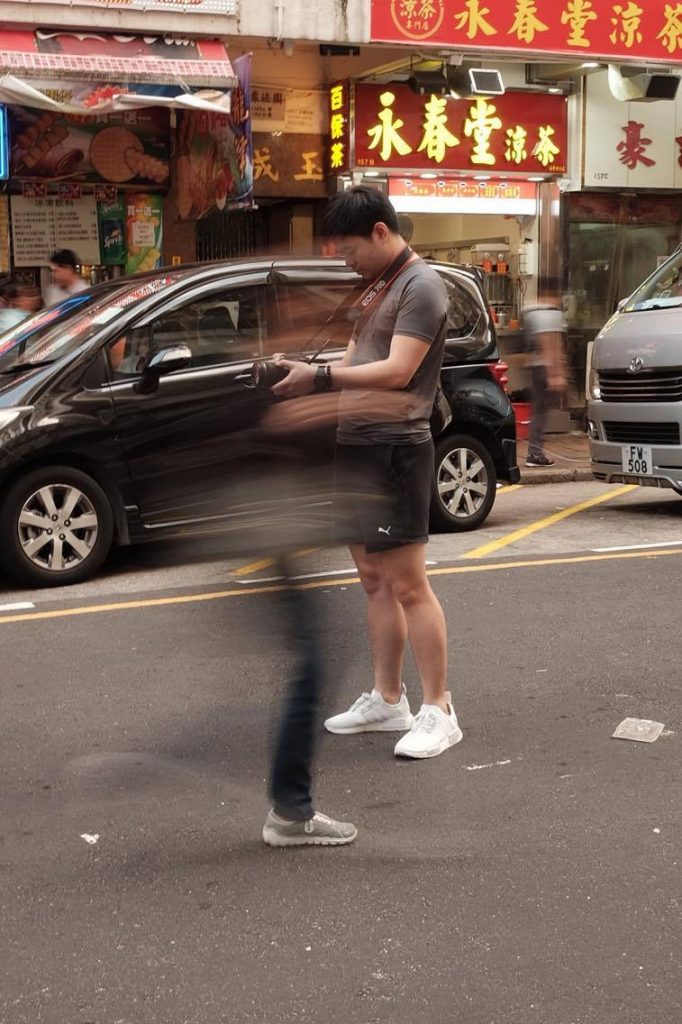 How is life there?

Pretty much a lot easier to commute at rather than the Philippines.

What are people talking about over there?

China is insisting for HK officials to favor China, which most of the HK doesn’t really want to. It’s not entirely visible here if you’re not that aware though. The last big protest here was the Yellow Umbrella one back in 2014. 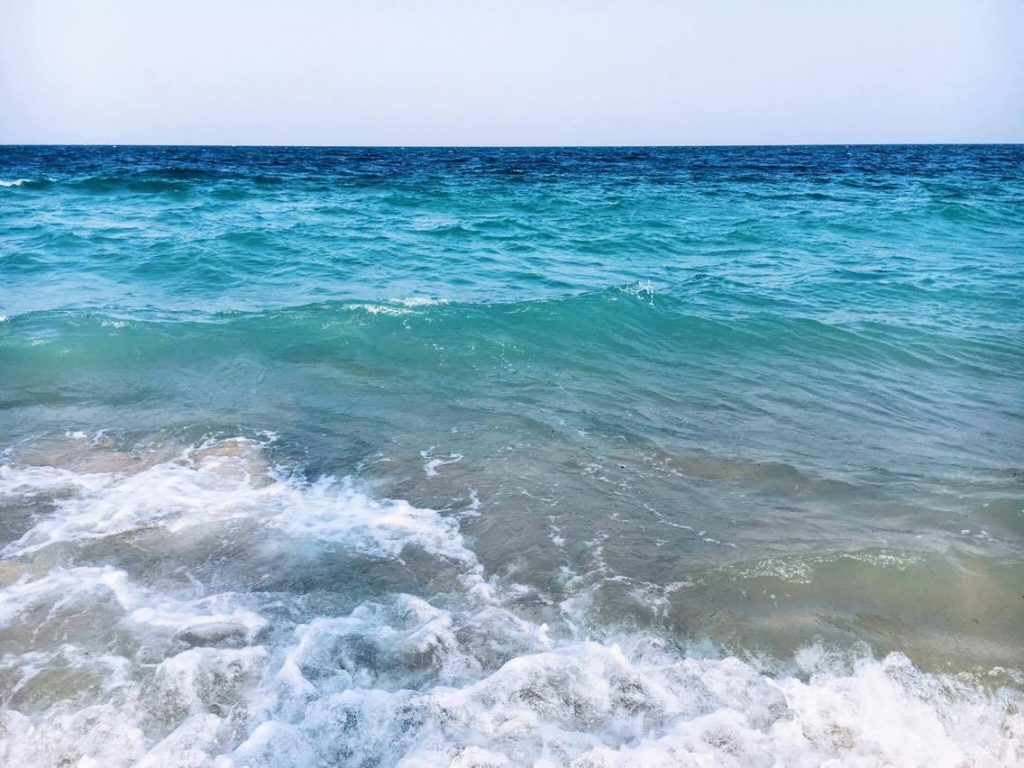 Hey Alyssa, how are you?

I’m okay, I feel more at home here. I do miss the Philippines sometimes.

How come you feel more at home there? And why do you miss the Philippines?

I grew up living and adapting with the middle eastern culture but I my parents didn’t fail naman to show us the Filipino values it’s just back then, Saudi was so strict and very close minded about other religions so we had no choice since we’re living in their country. So when I moved to the Philipines to study that was really culture shocking and I really did struggle especially how people communicate and how people dress.

What are people currently talking about there? What’s happening where you are?

Trump’s win and how will it affect us here in Qatar, I guess. That’s the latest.

What do you feel about it?

I feel worried about it.

How big of a deal is Trump winning over there?

I wouldn’t say exactly a big deal but people here will feel changes especially when it involves international affairs. But i guess only a little, since Qatar is very rich in oil, It can sustain.

What is a big deal there then?
Right now, I guess, their FIFA World Cup 2022 hosting. I mean, you can see it being advertised here everywhere haha.

Oh yeah! Are you planning to watch?

Hopefully, If i’m still here by then haha. You should watch too! Haha go here.

I would if I could! Thanks Alyssa! 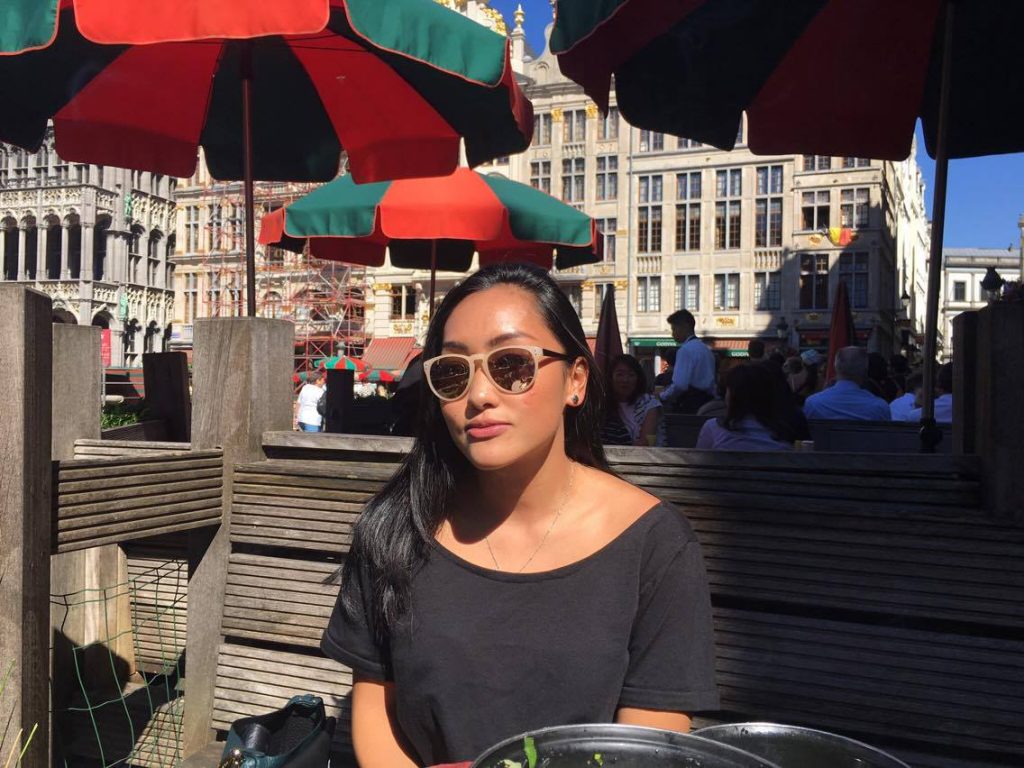 Hey Mara! How are you?
Great! My life here is slower, gentler—it’s made me so much more aware. But I miss the beach like crazy. People in the Philippines take for granted the fact that paradise is a short ride away. Whenever I show my friends here photos of our beaches, they all scream, “WHY DID YOU LEAVE?”

How long have you been in Belgium?

I’ve been here 2 months, and its for postgraduate studies

How is it there? What are people talking about?

Brussels is the capital of the European Union, but you can find all of the world’s nationalities here. There’s a lot of talk about politics, the rise and fall of economies, war, and human rights. People speak at least two languages, and everyone keeps up with current affairs. I have made it a hobby to study purposely mundane local know-how—such as the origin of the waffle, the use of palm oil in artisanal Belgian chocolate—to strategically divert the conversation when they start asking about Duterte.

Right now people are talking about Trump as president-elect, the Middle East conflict, and the weird anti-globalization, anti-democracy phenomenon all around the world.

What do you feel about the latter?

I correctly predicted Trump would win, and I couldn’t help but experience a bit of schadenfreude. Ha! We’re not the only crazy ones!

I talked to someone else and she posited that the western bubble of progressive thinking has been popped, that the problems they’re facing (having a misogynist, racist leader) has always been a problem elsewhere, and that only now have they been that woke. Do people there feel the same way?

Yes, definitely. A big part of the Trump win was complacency. Everyone refused to believe he could win. The Dems were overconfident, the media was irresponsible, and the pollsters underestimated how much people kept their Trump vote secret to avoid ridicule. A Dutch classmate of mine joked, in front of our American friends, “I bet you’re happy, Mara, aren’t you? Now the Americans know how Filipinos feel.”

[pull_quote]A Dutch classmate of mine joked, in front of our American friends, “I bet you’re happy, Mara, aren’t you? Now the Americans know how Filipinos feel.”[/pull_quote] 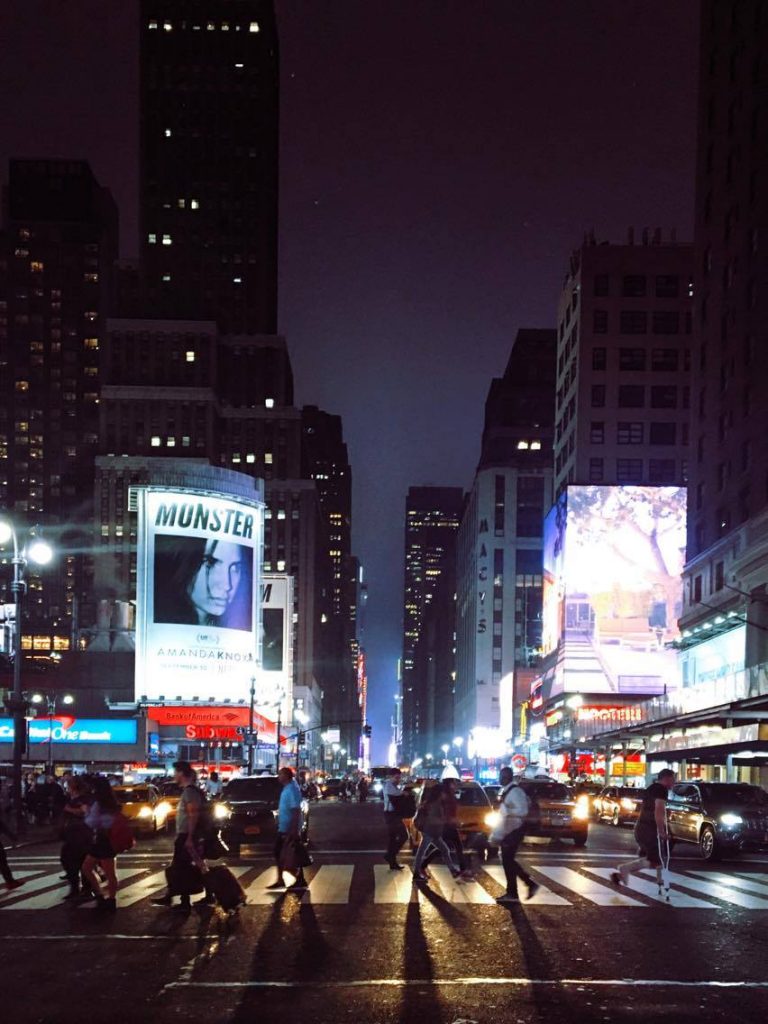 How are you? How is life there now that Donald Trump is President?

Kinda lucky I got a job before this. Crashing market means some companies are gonna be careful in expenses.

The situation is not as bad as the media painted i hope? You did say people are lethargic.

Super. The subway is quiet. The morning after [Trump was proclaimed the winner], People just had their head down. My tita was crying. ‘Yung officemates ko nga asked me: “Are you embarrassed to be in America right now?” ‘Di ko alam isasagot ko kasi malala rin sa Pilipinas.  For context: I’m the only person of color in my office. They also know I’m an immigrant. But my one of my bosses, though white, also immigrated from South Africa (I think).

What are your thoughts about everything that’s been happening?

I think it’s natural for anyone with human decency to oppose Trump and what his campaign stands for. But what really struck me most is how I, who grew up with proper education in progressive urban areas, didn’t truly comprehend the importance of all the values that Trump has threatened and violated—until now. At the same time, I was surprised by how little of the world is actually “progressive” if a man like Trump can become president. I’m genuinely scared of the next four years but I can’t help thinking that maybe this is a necessary wake up call for us to become more aware of the realities beyond the comfort of the urban bubble—to learn more about the rights and privileges that we have enjoyed, how to defend them in the years to come, and how we can make more people see the future through our eyes.

The fine line between appearing esoteric and just sounding lame is hard to...