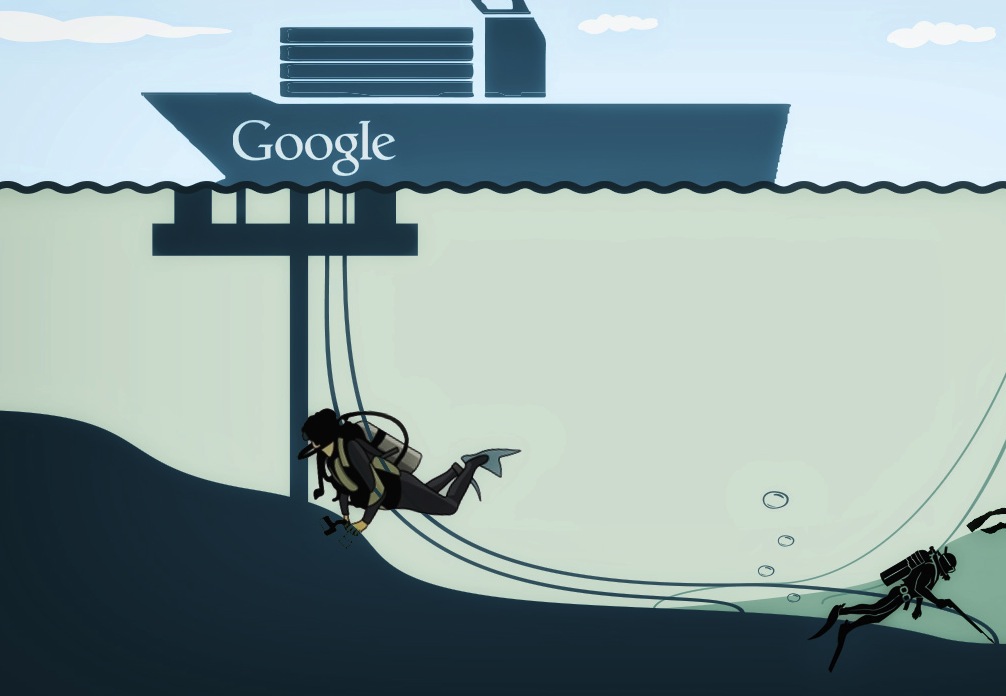 Google is many different things. For most, they are the go-to search engine to search the vast World Wide Web. Today, they will be a major internet provider by providing internet to Japan by sending bandwidth from halfway across the globe. Their Faster project is stated to go online on June 30th and it will be their first trans-pacific internet cable. The cable stretches 9,000 kilometers and runs from Oregon in the United States to the Chiba and Mie prefectures in Japan. According to its official site, it has the capability to cover the United States’ entire west coast and every major city in Japan. There are also plans to extend its reach to other major hubs in Asia. Which means we may see a Google-branded cable helping us out sometime in the future.

This cable is said to be the only trans-pacific cable that can deliver speeds up to 60 Terabits per second using a specially designed six-fiber pair cable. To put that in perspective, the fastest ever broadband speed is 1.4 Terabits per second, which is equivalent to transferring 44 HD movies per second. But of course, this connection will be spread out to many major cities and regions so the individual speeds will be lower. But every little bit helps, right?

Google has been using its resources to bring internet solutions across the US market and is now sharing this with people in Asia. We can only hope that they install a similar cable in the South East Asian region. Or perhaps they can send a few Project Loon internet balloons our way.

Over the weekend, we put up an article talking about UDD’s music video...

“On the internet, there is no real underground anymore,” writes graphic novelist and...

If you’ve ever had to make your own bootleg The Life of Pablo merch for...