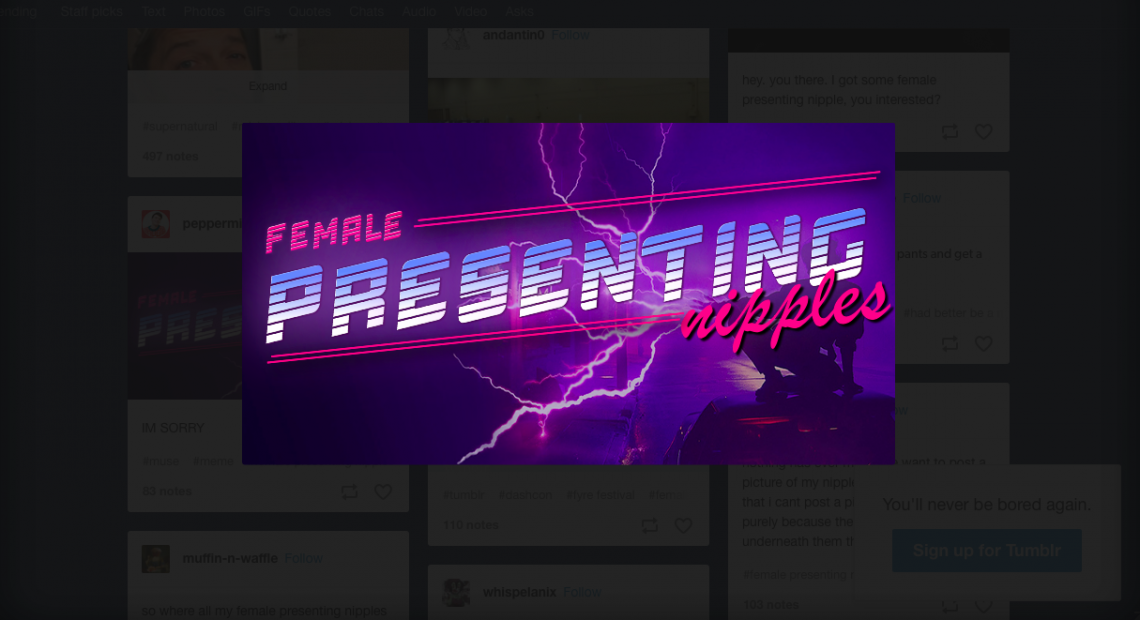 It’s lights out for Tumblr after dark blogs. Announced today, the site’s purging itself of adult and pornographic content. Which is, no offence, Tumblr’s life source. From its explicit fan art to independent cam girls, most of their users benefit from the site’s former leniency on nudity.

Tumblr was the site that taught me the lewd implications of the terms “NSFW” and “after dark” back in ’09. So when the blogging site decided to ban its adult content, I knew it marked the end of an era.

The site became a haven or a safe space for young women and the queer community to explore their sexuality. Female sexuality blogs like howtomakeawomancome or The Female Sexuality Blog are proof of this.

This isn’t funny. @Tumblr has been a safe haven for female sexuality, especially for young women uncomfortable with mainstream pornography. What a massive blow. https://t.co/nrM652IYSq

As much as I want to reach for a virtual pitchfork and roast this policy, the ban might be within reason. People are pointing out that the ban might be related to a blog posting explicit child pornography. But Tumblr has yet to clarify if this was related to the ban.

So from now on, Tumblr will ban posts that contain the following: “Adult content primarily includes photos, videos, or GIFs that show real-life human genitals or female-presenting nipples, and any content—including photos, videos, GIFs and illustrations—that depicts sex acts,” their official statement reads. 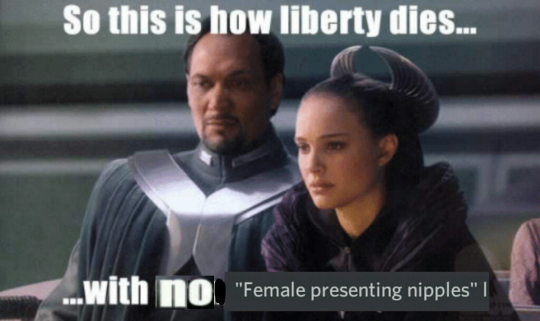 Some exceptions to the ban are: “female-presenting nipples in connection with breastfeeding, birth or after-birth moments, and health-related situations.” Written and visual erotica are also safe from the ban.  I guess that’s a sigh of relief for NSFW fan fiction writers then.

Tumblr has a lot to answer to regarding the ban. But to be honest, I doubt they’ll ever care to clearly answer any of them. The ban will take into effect on Dec. 17.

Well, folks, it looks like the work-from-home setup will stick around for awhile....