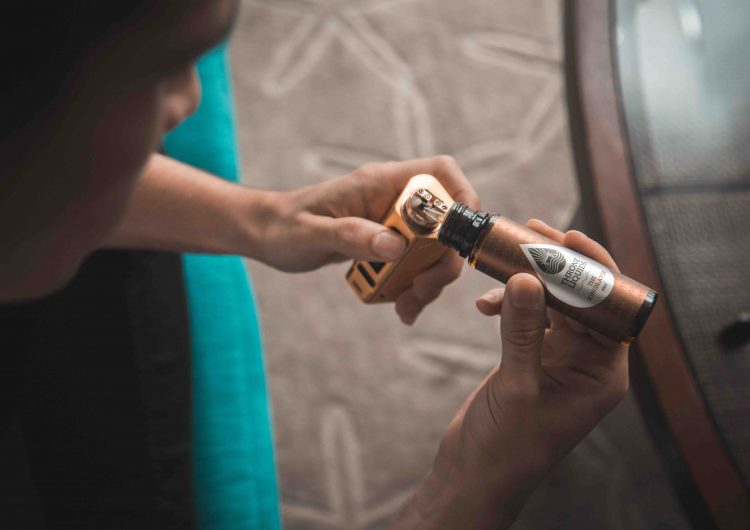 Last night, President Duterte called for a press conference to announce that he will no longer allow the use and importation of e-cigarettes. “If you are smoking now, you will be arrested,” Duterte said.”I hope everybody is listening. You know why? Because it is toxic and the government has the power to issue measures to protect public health and public interest.”

Before this, the Department of Health was already pushing for a ban on e-cigarettes. “I think there is possible legislation that will be proposed sa Senate and maybe in the House and we will support it,” said Health Undersecretary Eric Domingo.

The motion escalated even more when the first confirmed case of vaping-associated lung injury (EVALI) was revealed last Nov. 15. The report came from Central Visayas, and was about a 16-year-old girl who had been smoking an e-cigarette for six months along with regular sticks. It’s “dual-use,” according to the DOH.

According to the DOH’s statement, the girl “initially presented with sudden-onset severe shortness of breath, required oxygen supplementation and ICU admission.” She was then diagnosed with EVALI, following the guidelines of the US Center for Disease Control.

Although this was diagnosed as an EVALI case, the girl did also smoke regular cigarettes. Not that we’re advocating for nicotine, but is this national ban because of one rare case a little too hasty? Seems like the government jumped on the opportunity pretty quick. And if it’s that easy to enact decisions like this, maybe the government can have the same energy with long overdue issues like the SOGIE Bill, which would have protected many lost lives. But okay, Duterte.

Photo by VapeClubMY on Unsplash

When we hear the word “esports” in international media outlets today, it’s mostly...