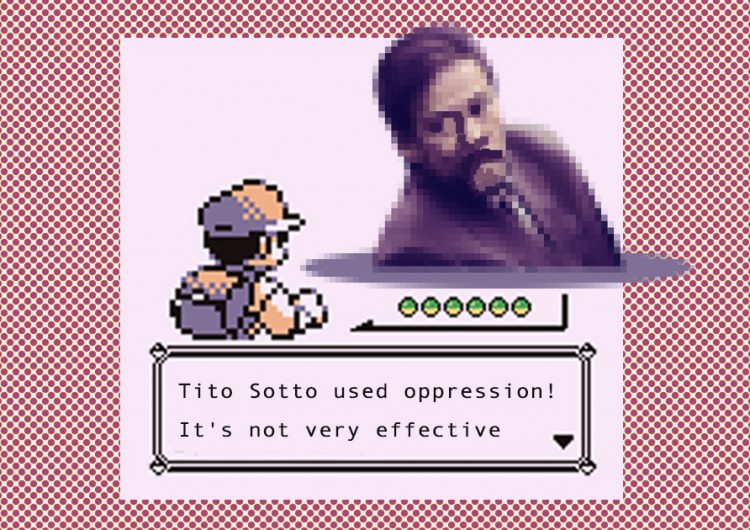 Our favorite problematic tito just cemented his bad name all over the place last night. On the evening of July 4, Inquirer.net took down the articles that question the credibility of Senate President Tito Sotto where he allegedly whitewashed the rape case of Pepsi Paloma. With this blatant attack on the freedom of the press, disgust flared all over the internet.

We thought that evil has finally prevailed. However, just when he thought everything is finally going according to plan, Tito Sotto just triggered a series of fortunate events called the “Streisand Effect.” The Guardian explained this phenomenon through their piece about government censorship.  They define it as “a high-profile [person] attempts to censor or prevent people from seeing something results in massively increased attention for the something.”

Back then, the articles in question roam freely along the wide space of the internet. It still remained as an “open secret” in local pop culture regardless of articles about it going viral. But since Tito Sotto filed a legal complaint against this case, the story he tries so hard to conceal still spread like wildfire.  And the Google Drive link that contains the PDF version of the removed articles is the gasoline.

When Sotto sent the letter to the Inquirer that “requests” them to take down the three articles pertaining to the case, the internet denizens aired their distaste online thus, reviving the issue once again. And because we’re the generation that loves to keep receipts online, the Internet blessed us with this.

There’s now a Google Drive link that contains the PDF version of the removed articles. The link has surfaced the exact same day the original copies were taken down. Though this is a way to preserve the truth, we can’t deny that this is a major attack on freedom of speech.

It’s truly sad to admit that the evil won today in this time of turmoil. It seems so fishy that these articles from six years ago are only being questioned now. And sadly, this kind of action is being normalized under this administration. They demonize the very essence of the media —which is to inform the people. But there is still tomorrow to fight for.

So dear Tito Sotto, just in case you’re wondering, no one can truly erase the history. Too bad that you’re against a generation that saves screenshots that can literally end you.

Y2K kids, we may have long scratched spooky parties off our Halloween to-do...

The past two years have been good for No Rome, and it seems...

When Bench announced Cole Sprouse as the newest addition to their roster of...