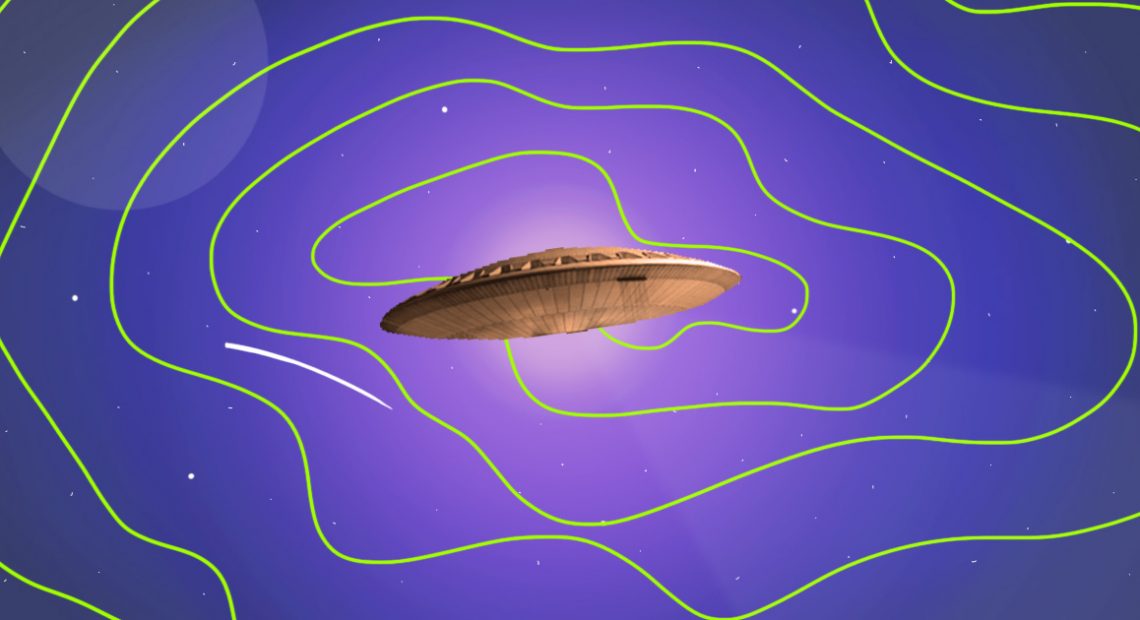 While meme lords and “Naruto” fans weren’t exactly successful in freeing aliens during that Storm Area 51 saga, it doesn’t mean that their search for extraterrestrial life was in vain. The secrets of the vast universe are unraveling and science fiction might just become a fact—case in point: The Pentagon has officially released footage of what may be UFOs. After decades of mystery, we can count this as a big leap for the “I Want To Believe” crowd. Cue “X-Files” theme.

In a past issue, we sat down with ufologist Dr. Jaime Licauco on alien sightings in the Philippines. While urban legends here are aplenty, aliens are another thing altogether—we’ve compiled some stories of local close encounters throughout history that might get you grabbing onto some tinfoil.

If you’ve flipped through the History Channel, you’ve probably come across several ads on “Project Blue Book,” a series based on the studies conducted by the US Air Force. For the most part, the investigations said that 90 percent of reports were just nature’s funny business, while the rest were left undecided. A little known fact is that several of these studies included UFO reports right here in the Philippines.

There were two instances in the Clark Air Force Base on 1949 and 1957. Pilots saw objects flying at high speeds, while military personnel saw round objects in the sky. Project Blue Book’s conclusions? They were either contrails or balloons.

Other reports include Camp O’ Donnell in Tarlac during 1957 (Blue Book’s reasoning: it was just the planet Venus), Quezon City in 1959 (some kind of aircraft), off Luzon in 1962 (a NASA satellite), Sangley Point in Cavite from 1963 to 1964 (hot air balloons, another satellite), two sightings at the Philippine offshores in 1965 (the first was undisclosed due to insufficient data, the second was an aircraft), and lastly, Ligao City in Albay during 1966 (no conclusions were reached).

On Sept. 3, 2000, a man in his Las Piñas village noticed small balls of light dancing in the evening sky. He grabbed his handy cam to film a 40-minute video of the phenomenon, which he claimed was seen by his barangay neighbors. Scientists from the United Nations (UN) had investigated the case, inspecting his very house. Both the UN and the Philippine Atmospheric, Geophysical and Astronomical Services Administration (PAGASA) were stumped.

Around that same time, air traffic controllers at the Ninoy Aquino International Airport have also disclosed that they do see red balls of light on the regular, as well as during the night that the famous UFO reports were made. However, they didn’t see anything significant, since “there are too many things that can be seen in the evening sky.”

In the same city four years later, three children noticed reddish glares moving above the skies. One of them, an 11-year-old kid, was coincidentally friends with the son of the man who witnessed the UFOs back in 2000. The son called his dad, who then rushed to film yet another video. According to him, there were at least five UFOs, all moving erratically in the space of eight minutes.

Those around Pampanga on Apr. 26, 2015 may have noticed something odd in the night sky. Eyewitnesses saw so-called “dancing lights” found in the Lubao-Pampanga diversion road, which formed into a V shape. The lights increased in its amount and started to flicker, until it completely disappeared. According to PAGASA, aircrafts, hot air balloons or drones were out of the equation—so, no, you won’t get any Project Blue Book-type of reasoning here.

When UFO hunter Scott C. Caring shared a peculiar video taken of a General Santos sky, he wrote, “This awesome UFO was hiding above a cloud during sunset and for a few minutes the cloaked craft was visible to the naked eye.”

The video is what appears to be the stereotypical image of UFOs, with its flying saucer-like curves, made iridescent and blending into the sky. Some believers thought the aliens were using a cloaking device—however, even so-called UFO experts weren’t quick to jump in. According to Nigel Watson, author of the “UFO Investigations Manual,” this is simply a trick of the light. “Spectacular footage of a sundown, giving a halo impact that may be interpreted as a flying saucer,” he said.

On February 2019, residents in Pulupandan, Negros Occidental spotted a mysterious bright yellow object in the skies, moving intermittently. On random days, the lights would reappear, much to people’s confusion. At one point, the cloudy skies have made it impossible to see, until they never caught sight of it again. After PAGASA investigated the case, they concluded that it wasn’t an airplane or a star—instead, it could have been a satellite of the International Space Station that was launched into orbit back in 1998.

Read more:
Come in peace: An interview with UFO expert Dr. Jaime Licauco on local alien sightings
Today in 2020 news: UFOs are real, and we are unfazed
The sci-fi beginner’s guide to the genre, featuring books under 300 pages

This neat device turns your smartphone into a telescope-camera hybrid

Ah, social media. It’s a bastion of free speech, ergo democracy, some might...

Stage is up, lights are on, and the Rusty Machines are set...