Why you should stop judging couples with large age gaps 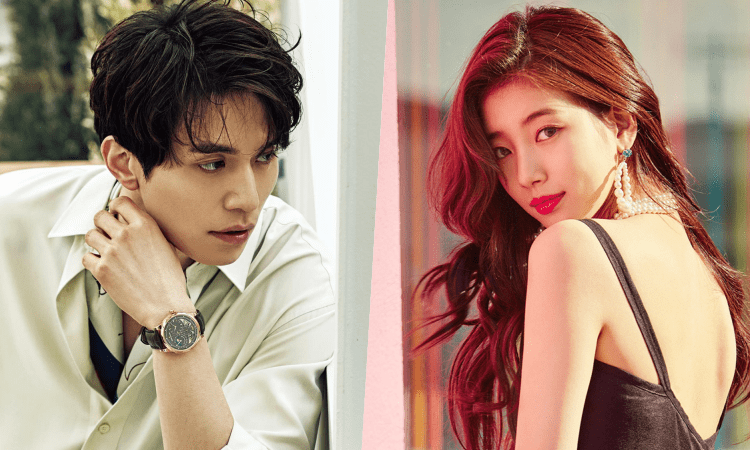 Last week, news broke of Korean A-list celebrities Suzy and Lee Dong Wook dating. We, along with a lot of their fans, were pretty happy about it. Suzy has had a crush on the Goblin actor since her early years as an idol and we’re glad she finally has the chance to get to know him more.

However, many netizens have shared their two cents on the matter, and the most common thing these comments have is the public’s disapproval over their big age gap. Suzy is 23 years old, while Dong Wook is 36, and the two have a 13-year gap between them.

Various comments on Korean social media sites have said, “I’m such a fan of Lee Dong Wook but he’s too much of an ajusshi for Suzy!”

“Suzy makes good money and is pretty but still meets a man over 30.”

We’ve already put up a piece about dating older people before, but it seems that y’all need to have your memories refreshed. There’s literally nothing wrong about seeing someone a lot older than you are. The only time when it’s wrong is when one party is a minor and the other is an adult (now that’s illegal and a totally different story). But when both are consenting adults who know what they’re doing and are capable of making decisions for themselves, then we don’t understand what the big problem is here.

To shed some more light on the matter, we spoke with Crystal*, a 24-year-old millennial who is currently seeing someone 15 years older than her. To (sort of) quote Nadine Lustre once again, c’mon guys, it’s 2018. Let people love who they want to love.

What’s the most common misconception people have about couples with large age gaps and what do you want them to understand instead?

That the women are after the money? That there’s some kind of weird power play going on, like one’s a sugar baby and the guy’s a sugar daddy she found online. I mean okay, arrangements like these aren’t really uncommon, so I understand where people are coming from.

“Basically the most common misconception is that the two people are in it for reasons other than love.”

Basically the most common misconception is that the two people are in it for reasons other than love. But views like these tend to get really problematic because they don’t acknowledge that the woman (or whoever’s younger) has a choice. She wasn’t forced to submit to anything or whatever. She didn’t compromise her values or whatever. She’s doing this because she wants to—or more precisely, she’s doing this because she wants him, not for his money or other sketchy things.

More than anything, it’s important to respect a woman’s choice, to acknowledge her agency, and not to interpret these choices based on personal or prejudiced assumptions. Love (like democracy) starts with people making choices, and it grows with other people acknowledging and supporting the choices that they made.

What’s the best thing about dating someone older?

Not having to deal with millennial drama, honestly. I love my generation but so many times, kids like us tend to be so restless, angsty, and confused. I guess it’s partly because we’re being fed with so much information we don’t know what to do with—daily think pieces on everything from Duterte to the political implications of our fashion choices; curated Instagram posts; life advice in listicles; status updates about the latest wrong thing done to the world.

We are constantly policing each other, policing ourselves. We’re woke, that’s great. But then there’s also a lot of insecurity, a lot of paranoia: “Am I posting this right? Am I earning enough? Am I doing enough? Am I living enough?” We’re on our phones all day and that takes a toll on how we think and how we see ourselves. So when I date a millennial, there’s all this frenetic energy I don’t know what to do with.

“It’s just so great to finally be with someone who knows what he wants and is actually able to say it. Everything’s just so relaxed and you can be yourself without worrying too much. That’s the best thing.”

Dating an older guy is much less complicated, I guess. Basically, older people are more chill. And they don’t want to waste time so they tell you what they want upfront: If they want to settle down, if they just want sex, etc. It’s just so great to finally be with someone who knows what he wants and is actually able to say it. Everything’s just so relaxed and you can be yourself without worrying too much. That’s the best thing.

What tips do you have for couples facing stigma for their age gaps?

Stop thinking about what other people say, haha! So classic and cliché but it’s true. I mean it’s 2018, and there’s a movie that won the Oscars with a heroine falling for a human fish dude. If many people are able to love it, I think it’s because we are able to appreciate things only when we listen to stories and see beyond the surface.

People are always casting things as ugly, inappropriate, wrong, and “other.” I think the way to challenge the stigma is to rethink standards built over the years through ads, through movies, through Instagram feeds. We don’t need to launch another viral hashtag. We don’t need to argue for hours with trolls online. We just need to think for ourselves. In the age of misogyny and hate, sometimes the most radical thing we can do is to love who we love.

Okay, Adventure Time fans, we’ve got some sad news for you. Even though you might...