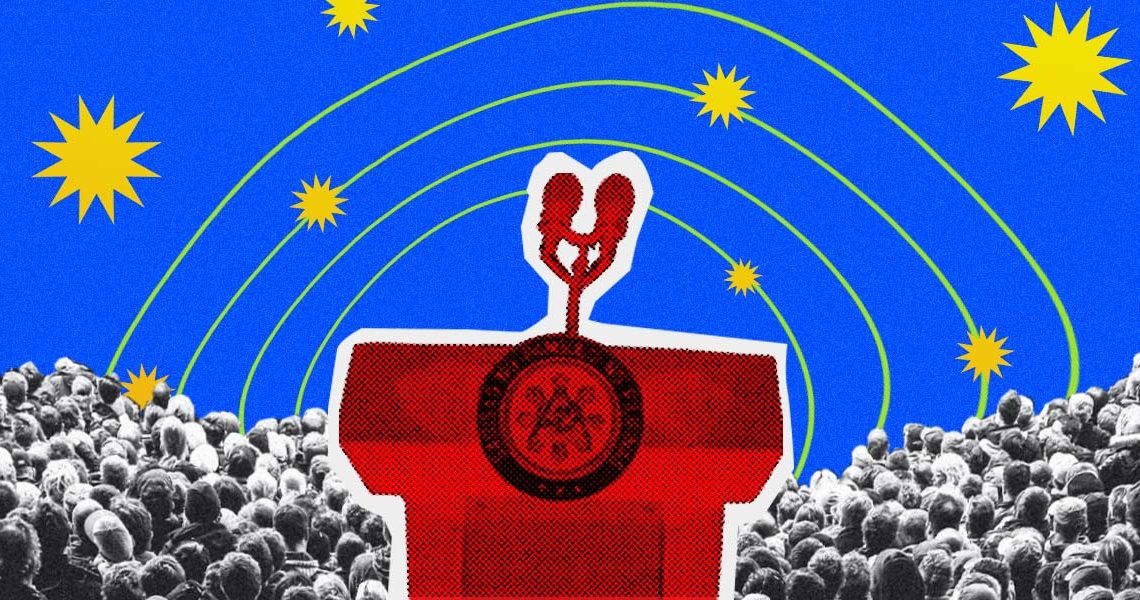 We made SONA 2020 notes, in case you have zero attention span

Clocking in at one hour and 41 minutes, President Rodrigo Duterte called the 2020 version of his State of the Nation Address—which is his fifth time on the Batasang Pambansa podium, lest anyone forget—one of the “longest SONAs he will deliver.” During one of his anecdotes, Duterte mentioned that, like all great speeches, his went through many revisions. “Binalik ko sa kanila, ‘make it short.’ Pagbalik sa akin, mas makapal na.”

The movie-length speech wasn’t surprising given the amount of points our president had to hit. And unlike previous SONAs, there was the proverbial elephant in the complex, a.k.a. the pandemic.

From his self-professed ardent support of human rights to his “rivalry” with telecommunications companies, we’ve compiled some points to remember during the 2020 SONA for your convenience. And if you can’t seem to follow, don’t worry—the president shares the same sentiments: “Kung hindi niyo ako naiintindhihan, mas lalo na ako.”

He has beef with Sen. Drilon

How do all great speeches start? Not with “I have a dream” or “fourscore and seven years ago,” but a good old-fashioned callout. Pres. Duterte’s latest target was Senate Minority Leader Franklin Drilon who he reprimanded for being “arrogant” due to Drilon’s remarks on oligarchy and supposed defense of the Lopezes of ABS-CBN. According to the president, there were people “taking advantage of a preoccupied government,” and apparently, Drilon was among them.

“One of them is Sen. Franklin Drilon. In an interview, he arrogantly mentioned, among others, that oligarchs need not be rich. Then he linked the anti-dynasty with oligarchy and the topic was my daughter and son. This happened after the [House] committee on franchise 70-11 to deny the grant of franchise to ABS-CBN,” the president said. To Duterte, Drilon was “obviously” defending the Lopezes.

Previously, the opposition lawmaker had challenged Duterte to ban political dynasties after the president’s comments on “dismantling oligarchies.” Drilon said that oligarchs shouldn’t be limited to wealth alone. “You are an oligarch if you use your power to promote through the political system your own interest.”

I am a casualty of the Lopezes during the 2016 election.

“Media is a powerful tool in the hands of oligarchs like the Lopezes who used their media outlets in their battles with political figures,” said Duterte. “I am a casualty of the Lopezes during the 2016 election.”

After more than an hour and a half, Duterte went full circle by mentioning Drilon once more, just as he wrapped up the speech. This time, the president directly addressed him, calling Drilon a “hypocrite.”

“Bakit kasi ikaw lang ang galit? Nasabi mo na dynasty, dynasty. You are a hypocrite. You know that you cannot pass an anti-dynasty law,” Duterte said. “You know, to take it against me for protecting my country is something which I really resent.”

Drilon has filed an anti-dynasty bill before, but to no success. On whether or not he was defending the Lopez clan, Drilon responded, “I was defending freedom of the press, not the Lopezes. The closure of the ABS-CBN sent a chilling effect. As I said before, for democracy to thrive, we need free press and to allow journalists to exercise complete freedom to do their mandate of reporting facts without fear.”

This wasn’t a customer service call, but Duterte served some issues regarding the country’s telecommunications providers. He even gave them December as a deadline to “improve” their services.

“I’ll be straight. Smart pati itong Globe, ilang taon na ito? At ang sagot palagi sa akin, the party cannot be reached. Edi saan pala pumunta ‘yung yawa na iyon?” said the president. “Maghanap kayo because if you are not ready to improve, I might just as well close all of you and we revert back to the line telephone at kukunin ko yan, i-e-expropriate ko.”

According to Duterte, Filipinos’ patience with their services was already at its “limit,” name-dropping Jesus and Bethlehem at the same time. “And you might not want what I intend to do with you. Kindly improve the services before December. I want to call Jesus Christ to Bethlehem, better have that line cleared.”

Back in 2016, Duterte made similar comments against the telcos.

He’s all for death penalty by lethal injection

Even amid a pandemic, Duterte didn’t miss the chance to bring up his favorite recurring topic for storytelling: drugs.

“This law will not only help us deter criminality but also save our children from the dangers posed by the illegal and dangerous drugs,” he said.

He also expressed his anger and frustration over the country’s drug problem, to a point that he even threatened drug purveyors not to do it in the Philippines “because I will really kill you. That is a commitment.”

For someone who was all for protecting human rights just moments ago, he seemed to be contradicting himself in the same speech.

The controversial death penalty bill has been pending for a couple of years now, and Duterte has been pushing for its implementation with the same energy he speaks of the drug war.

In one of his closing statements (that he got tired of reading from his printout and opted to read from the teleprompter instead), he even likened the pandemic to the drug war.

“Together, let us fight this pandemic with the same rigor as our fight with the war on drugs,” he said.

Together, let us fight this pandemic with the same rigor as our fight with the war on drugs.

As he began his speech, Duterte assured the nation that the vaccine is “around the corner.” He later revealed that he made a plea to President Xi Jinping supposedly four days ago to let the Philippines be one of the first to get it.

With the virus taking more than 650,000 lives worldwide as of writing, everyone’s clamoring for a vaccine. The government has already been eyeing possible negotiations with foreign manufacturers, particularly in China, Taiwan and the US, who are currently developing vaccines to combat the coronavirus.

Duterte also couldn’t go and mention China without bringing up the dispute over the West Philippine Sea, which he referred to as South China Sea. He took the opportunity to shut down critics, urging them to treat the territorial dispute as a “diplomatic endeavor.”

“China is claiming, we are claiming. China has the arms, we do not have it. So, it’s simple as that, they are in possession of the property. So what can we do? We have to go to war, and I cannot afford it.”

Pres. Duterte commended Congress for the quick passage of the Bayanihan to Heal as One Act, a law that granted him 30 special powers to address the ongoing pandemic. And since they’ve been quite “productive,” as the president put it, he gave them an entire list of other laws he wants them to pass.

First off is the Bayanihan to Recover as One Act, which aims to extend the previous Bayanihan Act and grant the government more resources to address pandemic concerns.

In relation to pandemic responses, he also proposed more healthcare-related initiatives for Congress to consider: The passage of the Nursing Education Act and the establishment of the National Disease Prevention and Management Authority and the Medical Reserve Corps.

He acknowledged that the agricultural sector needs the government’s attention and called on lawmakers to decide where to utilize the coconut levy fund, which were taxes imposed on coconut farmers from more than 40 years ago.

Pension for uniformed personnel, intensified efforts for small businesses, livelihood opportunities for overseas Filipino workers—the list goes on. With this many laws lined up, we can only hope that our lawmakers and the government in general have their priorities straight.

Your fave Filipino filmmakers made this diary-like festival

Manifesting in 2022: The energy to vote for office like how some people...