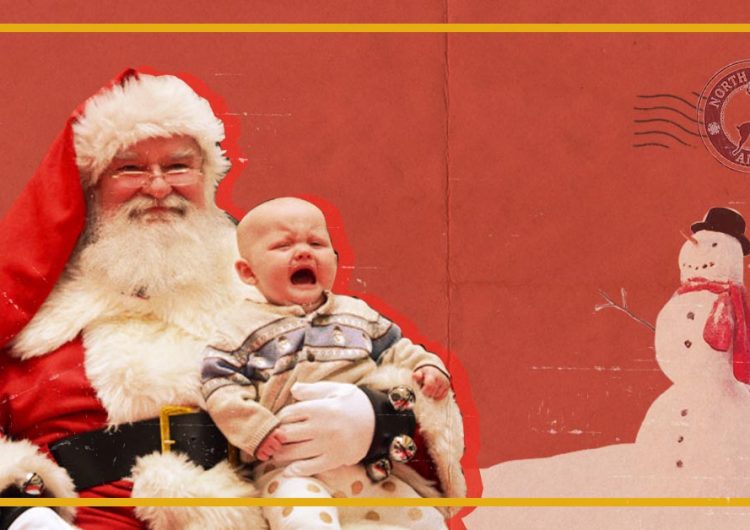 There it was: shining, colorful, and untouched. My breath caught in my throat. It was the Polly Pocket set I’d been asking my parents for for the entire year, the purple metallic box glinting under incandescent lights. It was five days before Christmas, and I had walked in on my parents wrapping gifts in their room. I usually kept myself hidden somewhere on the other side of the house since I hated gift wrapping. I preferred unwrapping things anyway. But on this particular Christmas, maybe it was fate that led me to ask my parents about lunch at this particular moment, amid mounds of toys and trinkets and paper. Almost like a trance, I stepped into the room, closer to the plastic girl in the plastic box. She was beautiful.

Quick as an explosion, my awe had burst and then disappeared. Confusion began to wash the wonder down. Who is she going to, I ask my parents. A split second of hesitation. To your cousin, they say. I say okay back. I was still confused, slightly hurt even, but I believed. If my parents say so, then that’s what it was.

Five days later on Christmas, I sat on the floor in front of a big red box. To Giselle, from Santa Claus, it said. I’d been praying that he got my list. Please let it be the game console, I think. Or the dog. Or five thousand in cash (I felt like the amount was worth a million bucks at the time). I sank my nails into the thin paper and peeled the wrapping slowly and with intent, as if invisible elves would magically transfigure the contents into what my heart truly desired if I just hoped hard enough. The strip of wrapper between my fingers got longer, wider. I was beyond excited. Here it is! Here’s… purple. I see a glint of metallic purple under the wrapper. I tear off the the paper slowly, then frantically in disbelief. It couldn’t be. But it was. It was the Polly Pocket set. The same one I saw five days ago in my parents’ room.

Funny how coming-of-age movies have the most dramatic catalysts. The boy rides the back of a pick-up truck through a tunnel at midnight, feeling all of infinity within a second. The ragtag group of high school misfits come to terms with their adolescent woes, and meet the morning with a renewed sense of self. Real cinematic stuff. My moment was quiet, and barely noticeable. It was me staring at a doll on Christmas morning, deciding what face I should show my parents. Eyes wide and mouth agape in accusation was the first that came to mind, but that would be confrontational. Definitely not my thing. Let out a laugh and say something along the lines of, “the jig is up,” maybe? But that would be lying. I felt far from laughing.

I went with the reaction I was most comfortable with—denial. I turned and faced them with a big, big smile. I got it! I say. I catch a hint of relief under their breaths. I guess I did get it. For my final gift from Santa, I found out that he wasn’t real.

I had set rules I worked around and believed in truths that guarded them, and so I was comfortable moving in my safe, pristine world. If one domino fell, everything else would.

The moment shattered a glass illusion I never noticed until then. I was an obedient girl who was taught that my parents are be all end all, or that lying is not possible, not with adults. I had set rules I worked around and believed in truths that guarded them, and so I was comfortable moving in my safe, pristine world. If one domino fell, everything else would. When I lost those structures at seven, I had the scary thought of, “what else?”. Is this what adults meant when they told me you wouldn’t wish to be this age when you get here? Is it because I’d have to face terrible truths like Santa not being real?

Growing up is the most ruthless part of being human, and what’s most terrible about it is that it’s insidious.

Growing up is the most ruthless part of being human, and what’s most terrible about it is that it’s insidious. I don’t remember the exact year when my parents stopped putting “From Santa” on the card, or when the gifts stopped and thoughtless red envelopes took its place. I can’t remember when it became okay for me to sleep through the night on Christmas eve. I feel sad about the others, but what’s worst for me is that I can’t remember. I can’t remember because I don’t really think I cared anymore. “It’s all just a marketing scheme,” my cynical, grown-up mind tells me. I couldn’t really say otherwise.

I spent my holidays as a teenager with those thoughts roiling through my head. I’m in my 20’s now, and so far I’ve learned that it’s about finding a solid middle ground between Nihilist thoughts and childish hope. Toleration of the futile, but admiration for the sanguine. Seeing an unexpected friend you’d been missing on a Tuesday commute to home. Smelling breakfast downstairs when you wake up after forgetting dinner the night before. Laughing at my little niece’s questions on birth or love. It’s placing my bets on temporary moments of solace: the tiny moments, found in little nooks and crannies of missable days, where I feel that being alive matters.

The desolation that comes with adolescence is a bitter taste in my tongue, and I’ve been working to wash it out. Setting aside the deceit of capitalism and old creepy men in chimneys, I’ve come to the resolution of making the most of the holidays.

I have learned to spot the sly tricks that time pulls: each time a friend drifts away, or a relative’s hair goes grayer, I see it now.

The best thing I did was to move away from the allure of material things and appreciate the real gifts, which was time spent with people who matter. Along with the passage of time comes the realization that material gifts come and go, but seconds and hours are singular, irreplaceable. I have learned to spot the sly tricks that time pulls: each time a friend drifts away, or a relative’s hair goes grayer, I see it now. I appreciate, instead of fight. I’ve found the true meaning of Christmas, I suppose.

In “A Subtlely by Kara Walker: Teaching Vulnerable Art,” by Marika Preziuso, it...