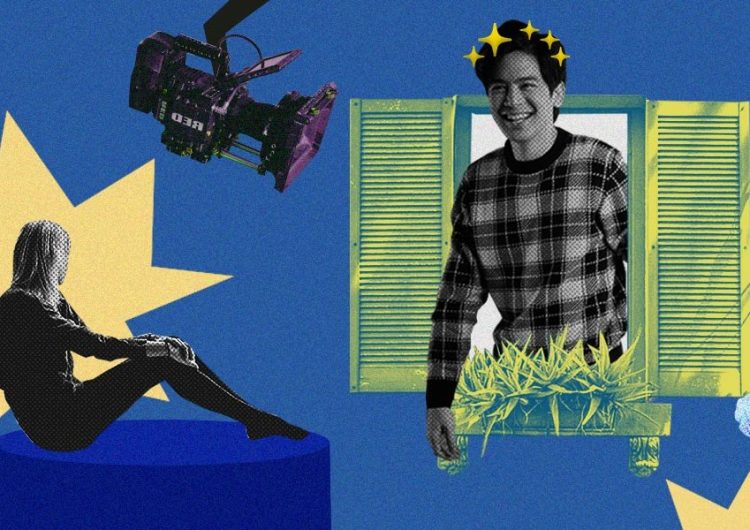 When a guy I liked took me out on a (supposed) movie date but laughed at my “Love You To The Stars And Back” request, I knew he wasn’t The One.

Of course, the conclusion didn’t fully evolve yet at that moment. But for the record, it was technically my turn to pick a film. “Are you serious?” he asked, letting out a giggle that swayed between disbelief and disgust as he led us one escalator away from the cinema.

“I don’t accept Joshua Garcia slander here,” I would’ve said, if only I didn’t have that glimmer of hope he would change his mind before we reached the second floor (spoiler alert: he didn’t). After all, it was real life and I was always bound to be disappointed unlike in fanfiction.

Growing up, I treated fanfiction beyond writing websites. It could be a 30-second staring contest with my bias’ billboard while imagining my face next to theirs. It could be a lifetime routine of daydreaming of an idol whenever that one movie OST plays. They’re sweet, fleeting and downright delusional moments that spark that “live, laugh, love” energy in me. And Joshua Garcia has been my main boy.

Babaha ng luha sa eksenang ‘to! | Love You To The Stars and Back | Movie Clips

It’s true when they say Joshua Garcia is the golden boy of his generation, a testament to how the entertainment gods handpicked him as the future of acting. His one-takes are treated as benchmarks. While studying a character, he doesn’t mix his personal experiences with his own portrayals but rather deep-dives solely into what his character is about. Even if many have labeled him a bootleg John Lloyd Cruz, we all know he’s more than that.

It’s true when they say Joshua Garcia is the golden boy of his generation, a testament to how the entertainment gods handpicked him as the future of acting.

During a long ride home from Quezon City, my workmates and I tried to imagine who we could be in the future (when it still existed). They said I was set to write a rom-com series one day. “What if I had already given up on writing that time?” I joked. “Maybe I’d prefer auditioning to be Joshua Garcia’s new ka-love team,” I joked again.

Since 2017, Joshua Garcia’s dedication to his craft has been the death of me. As I resurrect myself over and over again, the more I feel sick of seeing him only on screens. When will I ever meet Joshua and fall into my own fanfic?

Many times, I thought I’d meet him because of my job. Maybe in a delayed press con? In the hallways of his network when I was assigned to cover a play? In an esports event because he’s a gamer? Or in a book fair, wrapped in a huge ass coat? I almost met him during one of his films’ block screening, but the universe—probably a fellow Joshua stan who saw this as a competition—conspired against it.

Rumors about Joshua shooting a new horror film spread like a smooth peanut butter across my neighborhood. It has to be Bob Ong’s “Ang Mga Kaibigan ni Mama Susan,” I thought, because I wrote about it. I felt myself dying and coming to life again.

On the first day of his shoot, I couldn’t take the possibility of existing in the same street as Joshua Garcia off my mind. To shut it up, I tried my best to clock out early (sorry, Scout!) and then there he was: wrapped in a huge ass tent.

I quickly told my whole family about this phenomenon and my dad accompanied me to the tent—which was literally a few blocks from home—so I can catch even a five-second glimpse of my ultimate crush. I will take what I can get.

But his spot was full of bars, people were flocking aggressively, and the barangay tanod said there was no chance he could meet people outside. I tried to talk my way into crossing his border, even thought of an alternate route I can pursue to find myself on the other side of the tent—but nothing happened. It was the same scene for two straight nights, no matter how long I tried to wait on the sidelines. The only thing I saw was his rumored car, parked in front of the house beside ours.

The shoot (temporarily) ended, but people said they’ll come back maybe after two weeks to continue. But instead of the OG house, Joshua will tape at the house in front of ours. Particularly, on the second floor, terrace area. Coincidentally, the terrace was directly across my bedroom window. Is this my IRL fanfic coming true?

For once, I thought the universe wasn’t being competitive with me. Every morning before heading to work, I would glance at the same spot where Joshua poured his acting chops in a school uniform a few nights ago.

But they never came back, probably because it was the same time Miss ‘Rona was starting to invade us.

Top 6 of Joshua Garcia’s Most Dramatic Scenes | Stop, Look, and List It!

Watch the best of Joshua Garcia’s most dramatic scenes in Star Cinema! Subscribe to the ABS-CBN Star Cinema channel! – http://bit.ly/ABSCBNStarCinema For the…

For a while, it broke my heart that I didn’t even see him. Did I not try hard enough? If this were a fanfic, I could’ve woken up in the middle of the night to leave the house, ran to him while packing up and asked for a photo. Or, if I did meet him during his afternoon shoots, I would probably invite him to a nearby sari-sari store to wolf down some calamansi pancit canton and drink soda and talk (at least we’re both introverts). Or, I would show him our house, let him wait downstairs while I pull out a shirt I want him to sign. Or, you know, just request a hug.

He’s a celebrity—which also means he’s a total stranger. Will his true self give justice to my years of fangirling? Will we actually get along?

I still wonder about all the fanfic possibilities if ever our meetup happened. But I also wanted to meet him because seeing him through the screens doesn’t tell his whole personality. He’s a celebrity—which also means he’s a total stranger. Will his true self give justice to my years of fangirling? Will we actually get along?

Fanfics deserve more credit. At a time when human interaction is scarce and we’re forced to face countless ugly truths about the world, the sacred spaces of fanfics—even Twitterseryes and stan accounts—do wonders to our sanity. Why are twentysomethings still unexpectedly hooked on these stories? We don’t need to scrutinize. All I know is we all deserve a fanfic moment.

I’m lucky I got to experience one IRL, even if it ended like a WIP. But who says I’m retreating? What if my fanfic continues online?

Dear Joshua Garcia, I will wait until this essay finds you well.

Like with most modes of entertainment, playing the same old types of video...

It’s about time we kicked the myth of perfection to the curb. Excellence...