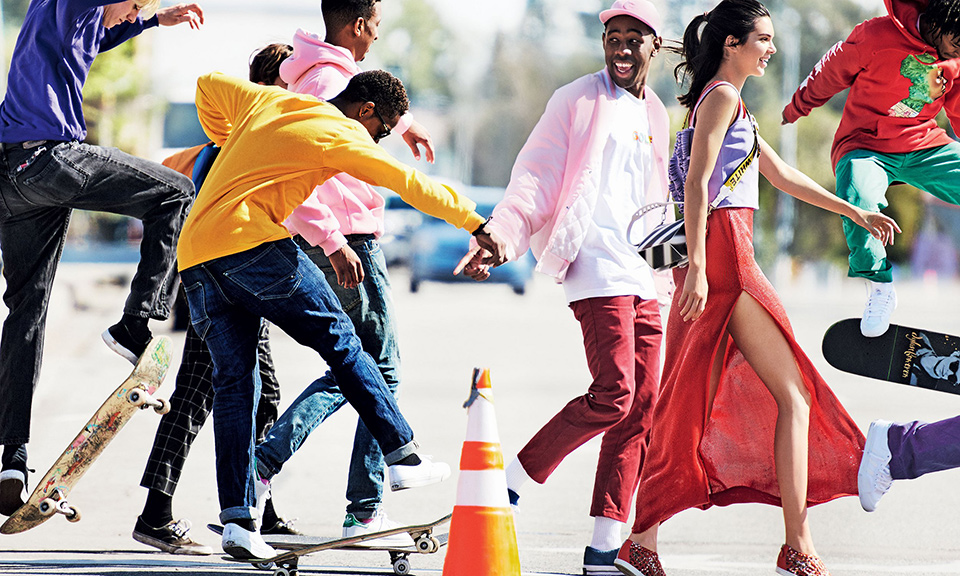 Dang, it’s Christmas in five days. The holiday season has this weird effect on people like us who have to click in our 9 to 5 when the festivities are  already on going. Time flies when you’re having fun, but it goes past Mach 1 when you’re chasing the deadline.

Anywho, we still find the time to count our blessings. Here are the team’s favorites from the past week.

Coconut ice cream — No, this isn’t coconut-flavored ice cream; it’s ice cream inside a fresh-ass coconut, found in the mean streets of urban Thailand and Cambodia. Scoops of ice cream mix with the juicy coconut meat, and the ice cream eventually melts into cold soup that flavors the buko strips well. It’s amazing, and I can’t believe nobody’s thought of turning it into a thing on Maginhawa yet.

Angkor Wat, and all the temple ruins around the area — Totally awesome to be standing in an architectural and engineering marvel (along with a buncha other tourists). Makes you believe in what humans can really build when they’re not busy being dicks to each other.

Sunnies Specs Eyewear – I have a pretty bad eyesight and I tend to have my prescription glasses made every year. As I always wear my glasses every day, I’m really particular with how it looks and how it feels when I wear it. I’ve been buying Sunnies Specs frames since 2014 and having it made into a prescription eyewear by my eye doctor. But now, I don’t have to do that because Sunnies Specs can do it for me. I got myself a Spencer in Molasses Ombre and I’m so glad I can wear it with anything.

My Top Songs for 2016 playlist from Spotify – So I got this email from Spotify, giving me a blow by blow account of the music I’ve been listening to for the year. And I must say, I liked it! They even curated a playlist for it, so I can share to everyone. Yay!

MAC Matte Lipstick in Whirl – I think I’ve talked about my sheer love for MAC lipsticks before, but meh, I’ll say it again–I adore MAC lipsticks, particularly the ones in matte finishes. I’ve recently found myself rediscovering my love for Whirl. It’s a beautiful brownish nude shade that looks dark enough on me to fit the cold season. I think it also looks great on any skintone, so it’d be a good gift for anyone who loves makeup.

Strip Manila – I’m not a big fan of waxing on any part of the body. Armpits, legs, the nether regions–none of it. My pain tolerance for waxing is low; most of the time, I just shave. I don’t know what compelled me to try Strip Manila. Probably because they promised that their new Mulled Wine Wax was guaranteed to reduce the pain. And amazingly, it was a lot less painful than my previous waxing experiences, even for someone with bad tolerance. The Mulled Wine Wax also smelled like Christmas. I highly recommend trying this out if you’re willing to shell some cash on some quality, almost painless waxing session.

Mind the Gap by Raleigh Ritchie – Raleigh never disappoints! You should listen to this if you’re into r&b. My favorite track is “Unicorn Loev.”

This Vogue shoot featuring Tyler, the Creator, Taco, and Kendall Jenner – I’ve been slowly obsessing over the Odd Future crew again after I came across this video. It’s just one of those things you show your friends and you look at them looking at the video and they have to give a fake smile and that’s all the validation  you need after putting in the effort of looking for the video and waiting for it to buffer. I prefer this behind-the-scenes video shot by Illegal Civilization more than the actual shoot, tbh.

Snapchat’s new group messaging feature – First of all, fuck Facebook and its massive tech empire. This new feature from Snapchat will hopefully keep it alive to compete against Instagram stories, and now Messenger. I don’t care much for the other update involving Shazam.

From Lizzo’s teeny tiny bag at the AMAs to Proenza Schouler’s XXL totes,...