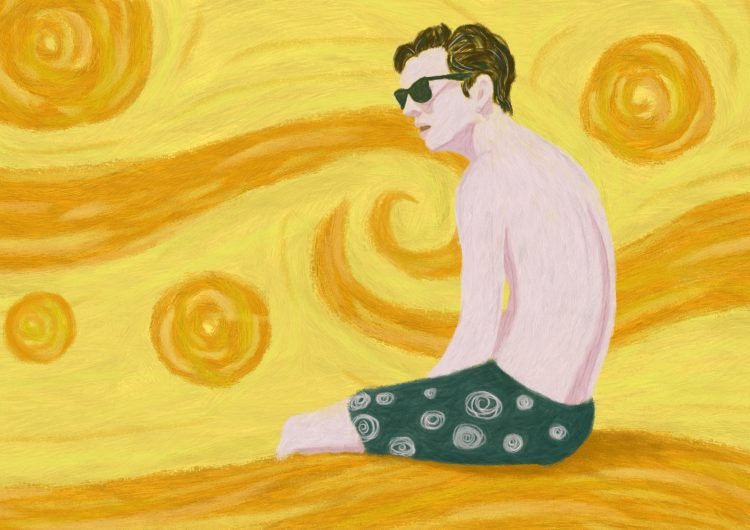 In films like Call Me By Your Name, Grease, and Moonrise Kingdom, we see how romances blossom against a summer backdrop. Summer flings are often described as intense, irreplaceable, and unique to a fault. When you’re young, especially when you’re still in school, summer break is a pretty big deal—and it’s totally understandable. This is the only period when the time is in your hands, carrying the thought that anything you plan to do will exist just for a while.

From newfound skills to romance woes, the Scout team and our colleagues have rounded up personal summer stories whose beauty lies in transience.

Read also: Here’s how to not be a couch potato this summer

In the summer of third year high school, four of my classmates and I formed a band. Nope, not for a music class requirement, nor for an inter-school contest. I don’t exactly remember what brought us to the idea anymore, but I do know it’s influenced by that high school culture where we brought guitars and cajon to school and just jam when there’s no teacher in sight.

Going to my friend’s house every day for band practice made me feel so damn alive, and going home with sweat and sore fingers felt like renaissance. I had to learn the bass for a week because I only knew how to play guitar, and I let my friend take the lead guitarist role. If my memory serves me right, we recorded at least three covers. The band was so short-lived, we didn’t even get to name it. But the good part was even though we stopped being a group when classes resumed, we got inspired to learn more individually. Well, kind of. Our pianist taught me ukulele eventually, and he even let me lead a presentation for music class. – Jelou Galang, Scout

Read also: What I realized after re-reading my high school yearbook

Most summers are a blur to me because I spend them in the most luxurious way possible: Not doing a goddamn thing. But the most memorable “fling” I probably have is writing my entire manuscript in the span of three weeks of summer class. I was just about to give up by week two and accept my fate of going five years in college, but my boyfriend encouraged me to finish it. God bless him for putting up with all my whining. Two hundred pages later, my manuscript was bound, signed, and ready to be absorbed into the University library.

I was also taking MATH 11, which is college algebra in UP, for the second time during that midyear. Talk about an uphill battle. But now here I am, a degree holder in the workforce. (Yuck. Kidding.)

Side note: I was supposed to name my manuscript “Roots,” but it was taken by a co-advisee by the time I finished. That’s what I get for being late. -Giselle Barrientos, Scout

Rabbit out of the hat

I guess the only summer fling I can recall right now is with a rabbit. In front of an old shopping center in Monumento, there was a vendor who had one crate of rabbits. I couldn’t help but stare at the rabbits every time my mom and I would pass by the mall. My mom never wanted pets, so I never asked her to get me one.

The vendor was a regular there. After a few years, when I was old enough to commute on my own, I took the jeep with P500 in my pocket and bought a brown bunny.

I kept her in a cardboard box and secretly lugged her to my room. Of course, my mom knew—that’s every mom’s secret ability. She was fine with it, but my grandma, who also loved animals, complained about the smell. Well, she had a dog and I believed the odor came from her Dalmatian. But I was young. After that summer, I had to give away my brown bunny whose name I have forgotten now. When a typhoon arrived after that summer, her new owner forgot to bring her inside. And my brown bunny was gone. Forever. -Oliver Emocling, Scout

Read also: Gone To The Dogs: How to understand our pets better

When I was 11-years-old, I drank a badly brewed cup of iced coffee. It was the most bitter coffee I’ve ever tasted. This prompted me to be awake for 24 hours.

I watched late night television, drank more horrid iced coffee, and went on the internet as much as I liked. Staying up on summer nights were magical to me back then. It gave me that rush, that specific rush every time one gets away with doing something wrong.

But then, staying up late for me wasn’t a fun choice anymore. It became a problem. 24 hours became 35. At a young age, I suffered from insomnia. That’s why a bed with a beautiful thread count became more alluring to me than Super Red Bull and a night out. -Rogin Losa, Scout

My summer “fling” (you can hardly call this that) happened when I was a junior in college. I’ve taken an interest in crocheting (lol right?) with my aunt, nonetheless. It’s not as if I didn’t have a first-hand experience doing that, although my first foray into it was rather tragic (sixth grade for a class project spent the entire weekend making patterns). I didn’t realize how therapeutic it was until I was spending most nights sitting on a rocking chair crocheting away while taking sips of tea (lol). I ended up making a folio bag (my biggest and proudest takeaway from this), a few wallets, coasters, phone pouches, and even bottle covers! I’ve forgotten most of the techniques now, two years after, but I wish I could have that much free time again to pursue other equally enjoyable arts and crafts project. -Christian San Jose, Nolisoli.ph

When I was 14 (2008, summer before third year high school) I got my first kiss from a best friend I had feelings for. He asked me to come over his place because the girl he was courting bailed on him at the last minute (big red flag, tbh). So we hung out, kissed, and I couldn’t sleep that night because I was thinking, “Magiging kami na ba nito?'”

The next morning, I woke up to a text from him. It said, “Bes, kami na ni [girl’s name].” (Laughs) Welp, so ayun walang nagprosper after that summer (laughs). – Jackie Arias, Preen.ph

Read also: #TreatYoSelf: 5 things to pamper yourself with before the summer ends

We are the world

Horror stories of getting delayed were uncommon in my program. My group mates and I obviously wanted to graduate on time, so in the summer of 2017, we began to work on our thesis before the term started. We thought that by doing this, we’d be able to get everything done in time but nope. We ended up extending for another six months because of the topic’s complexities. But after all the hell that we’ve been through, we finally defended our thesis a year later, the same month when we first began it. Our professors commended us for the work that we’ve exerted in the project (and wow, the validation just felt too good) but I later realized that it wasn’t just about passing everything. It was about raising an important environmental cause (this was our topic). It’s something that I kept with me since I graduated. – Jill Chua, Nolisoli.ph

Read also: 6 brands to check out for your summer essentials

The summer after I came back from a one-year hiatus in college, I found myself still a non-major. With the freedom that came with my status, I took up electives in a variety of courses like film, English lit, anthropology, and more throughout that school year. Though I was initially determined to shift to journalism from engineering, those classes played with my head. That summer, I was faced with making a decision, since we were only allowed to stay a non-major for a year. I found myself seriously thinking about taking up film instead. So for that short time, I nurtured this idea in my head about what it would mean if I take that route—what my course load would be like and what my future could be like. Long story short, I decided to pursue my first choice instead. And so here we are. Sometimes I still wonder what would have happened if I chose film instead. – Bea Del Rio, Preen.ph

This is the day the Lord has made for Nadine Lustre stans. When...