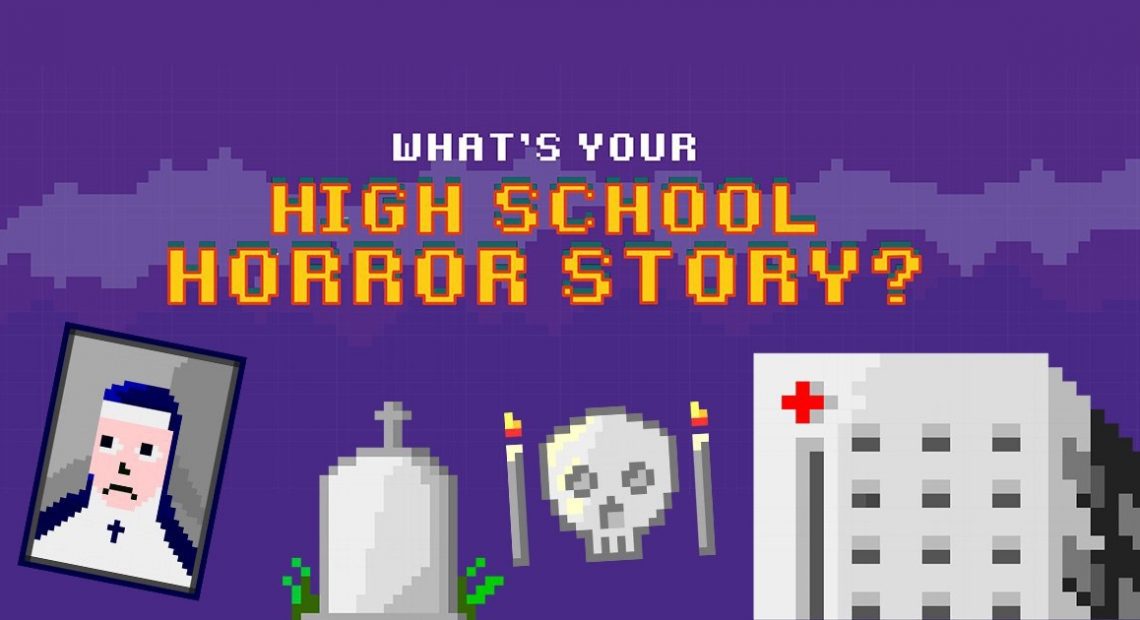 Coming of age is often associated with high school, and it’s pretty obvious why. It’s the life stage where we make (and lose) friends, attempt to overcome our shyness, join our first fandoms, discover our talents and take our first shots at real, raw failure.

But sometimes, high school offers more than just JS Proms, nerve-racking debates, Christmas parties and action-packed “Noli Me Tangere” plays. Thanks to the old walls of our campus, high schools can also serve us our first supernatural encounter. Because come to think of it, we aren’t the first dwellers in the place after all.

If there are better stories than those in the classic “True Philippine Ghost Stories” series, they have to be the urban legends trapped within our school’s history. And the best ones? The firsthand experiences, of course. From elevators to laboratories, we crowdsourced campus horror stories that prove—maybe, just maybe—every high school in the Philippines is a little bit haunted.

In Ysabella’s high school in Manila, there is a covered court in the grade school department that demonstrates even the most crowded places can still be full of ghosts. Old stories say that before the school was erected, these grounds used to be a cemetery connecting to a church. Today, students walk on these grounds as it has been turned into a venue for school events. But it’s not all fun and games. Students can’t seem to ignore the unusual circles sprawled all over the floor—traces of the past that haunt them until today.

The lively, noisy and crowded chemistry laboratory in Mel’s* school at Nueva Ecija transforms at night—at 6 p.m., to be exact. She didn’t believe in the urban legends passed around before, but it hit differently when it was her friends who experienced something else.

Some students claim to have witnessed a headless man lurking around the lab starting 6 p.m. Meanwhile, some confess to seeing a mysterious kid. Whenever students pass by the laboratory, this kid is seen playing or crying. The lab is said to serve as a home for this soul. Because of this, students take extra caution when they feel he’s there by saying “hi,” as if they know he’s right beside them. Rumors say he died there even before the school was built. The kid’s quite harmless, though—but students still avoid being alone in the area when the clock strikes six.

Blink twice if you need help

High school life is crazy, but PJ’s* was perhaps a bit crazier, thanks to his school in Bicol. Unsurprisingly, one of the more popular urban legends was that the school was a former cemetery. This sounded like a lazy and laughable rumor—until he saw actual tombs in the library and playground.

One time during review break, PJ went to play bang-sak with friends in the AVR. It was restricted to most students, so only a few people were passing by. Eventually, they discovered that there was a comfort room inside it, so they went to hide there.

Inside the CR was a huge painting of a nun. When they glanced at the mirror, they saw the reflection of the nun—whose eyes actually moved.

Just when they thought they saw the last of it, PJ and his friends had another encounter during a school-based camping. At 10 p.m., when all students were gathered in the court, they saw shadows of kids running on the second floor.

One of the oldest schools in Manila is also one of the most popular—maybe because it houses a lot of ghosts. One of its students, John*, has had his fair share of goosebumps. Rumors say there’s a white lady dwelling in one particular AVR, so he and his gang went ghost hunting when they were assigned in that room for an activity.

During break, the seven of them stayed inside and started tinkering with musical instruments. While it seemed like a weird collection to be placed inside the AVR, they considered the rumor that the ghost was musically inclined. They played with the piano keys, cymbals and guitar, until they were disturbed by another sound. John couldn’t exactly describe it, but it sounded like heavy slamming, as if a huge object had fallen on the floor. They stopped the hunt afterwards.

The health center in that same school was believed to be a restaurant in the 1930s. Rumors say that one time, a nurse on a 10 p.m. duty had a strange encounter. The nurse rode the elevator of the health center with an old man. As they reached the third floor, the nurse saw a kid running towards the elevator—and without hesitation, closed the elevator shut before the kid could even get in.

Of course, the old man asked the nurse why she did that. The nurse told him that the kid was wearing a red tag, a mark signifying that this person has died in the hospital. The kid was actually a ghost.

In response, the old man lifted his right arm and showed the same tag, saying: “Ah, like this one?”

After her last period, Mandy* went ghost hunting with her friends in a school in Manila. The campus eventually became quiet and dark: All classes were done for the day, most of the students had already gone home and some teachers were already packing their stuff.

Out of the blue, they decided to drop by that one abandoned room near the staircase. It was generally restricted, but this room was occasionally used by Mandy and her friends for changing into their jerseys before volleyball practice. Upon entering, they were caught off guard by an unfamiliar sight. On one of the walls was a photo of what they assumed was a school nun who passed away many years ago.

Seemingly washed up and in monochrome, the photo creeped them out more than the old and dusty chairs and tables inside that room. For a ghost-hunting attempt, they surely found something.

Sick to my stomach

Like what usual urban legends say, Bryan’s school in Caloocan was once a cemetery. From when it was still a cemetery up to its transition to a school, one of the artifacts that remained was a duhat tree. Predictably, it was considered the oldest tree on campus.  Back then, people grew afraid of that tree because it was old and huge—and it was believed to house supernatural elements like the kapre. But there were some who were afraid for another reason: Children get sick when they hang around the tree.

When Yna* recalls an urban legend in her school in Cavite, she immediately remembers their music room. She shares that when that place is left empty, that’s when you’ll really start hearing music. When this happens, those who aren’t too curious—or brave—will leave it as it is. But those who couldn’t take a hint will try peeking into the room to ask whoever the person is playing to head home. As expected, they find no one there.

An old tale in a high school in Manila focuses on an abandoned building, where many believe a student died a long time ago. That’s why it was forced to be “hidden” more than 30 years ago, making way for new buildings that were built in front of it. A few rooms remained open in the abandoned building, though, as they still served purpose. Students have to go through a “secret passage” to be able to enter or go near the building, and those who attempt to do so experience some kind of surprise.

One of the rooms close to the secret passage was the high school computer lab, where Trixie* had an encounter. The rest of Trixie’s classmates had to stay in the room to finish their requirements, while she and the rest of the honor students had some free time to just roam around school so they went to the computer lab to hang out.

There was no one else inside other than the five of them. Trixie and her classmates were seated close to each other, just talking nonsense, when the lights started to flicker aggressively—like a scene straight out of a horror film.

No one was even close to the switch. They just stared at each other and ran for their lives. Terrified, they even reached out to the maintenance personnel to check for a glitch, but there was none. Some teachers refused to believe the story. But some also shared that they witnessed computers turning on by themselves, as well as feeling shadows of a kid running around the lab. But this only happened when they were alone, of course.