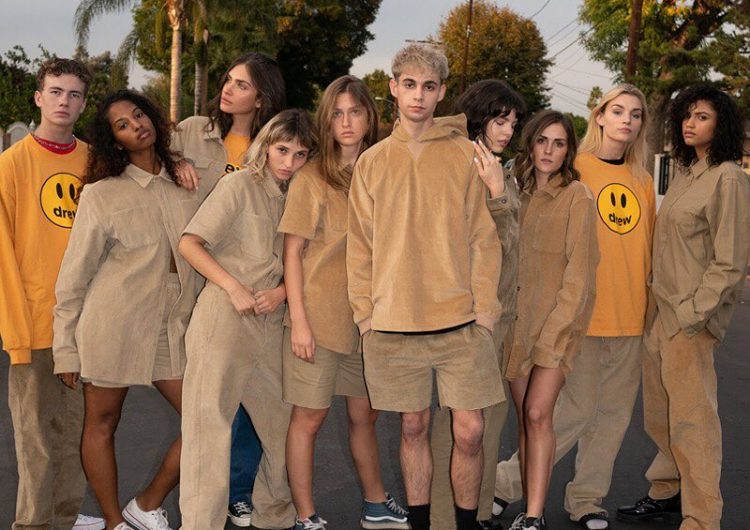 Celebrities are no longer just celebrities these days; they are multi-faceted entrepreneurs. We’re celebrating Rihanna’s inclusive makeup brand Fenty. Kylie Jenner not just spearheads Kylie cosmetics, but she has also teamed up with her sister Kendall Jenner for a clothing line. Kanye West, on the other hand, launched YEEZY at New York Fashion Week in 2015. And guess what? After teasing us last year, Justin Bieber has finally dropped the first collection for his clothing line Drew House.

“Drew House is a place where you can be yourself,” the website indicates. “Wear like you don’t care. Come chill.” And it looks like the clothing line indeed reflects Bieber’s chill, laidback style.

Its first collection is full of brown tones, somehow resembling, well, YEEZY in corduroy and oversized pieces. The drop consists of logo tees with a smiley where a curvy “drew” replaces the mouth and various pieces in corduroy.

found a quarter, a nickel and a super nintendo controller

According to Fashionista, there have been rumors of Bieber’s plans to launch a clothing line since February of last year after securing the trademark for “Drew,” “The House of Drew” and “La Maison Drew.” Well, it looks like he settled with using his middle name Drew early on.

The clothes, according to the site, are “ethically made in limited quantities in Los Angeles, USA.” And I don’t know why, but each item from the shop has some weirdly placed random bizarre information like: “pteronophobia is the fear of being tickled by feathers” accompanies the description for a red graphic tee, “7% of american adults believe that chocolate milk comes from brown cows” comes with a corduroy button-down, and a black hoodie comes with “there’s an island in japan you can visit that’s inhabited only by friendly bunnies .”

The price range for the clothes range from $48 to $148. And some items are sold out already. But the question is, would you cop?

This year, the famous FlipTop Battle League is turning 10 years old—and to...

Since the start of the pandemic, we’ve become more dependent on our gadgets...