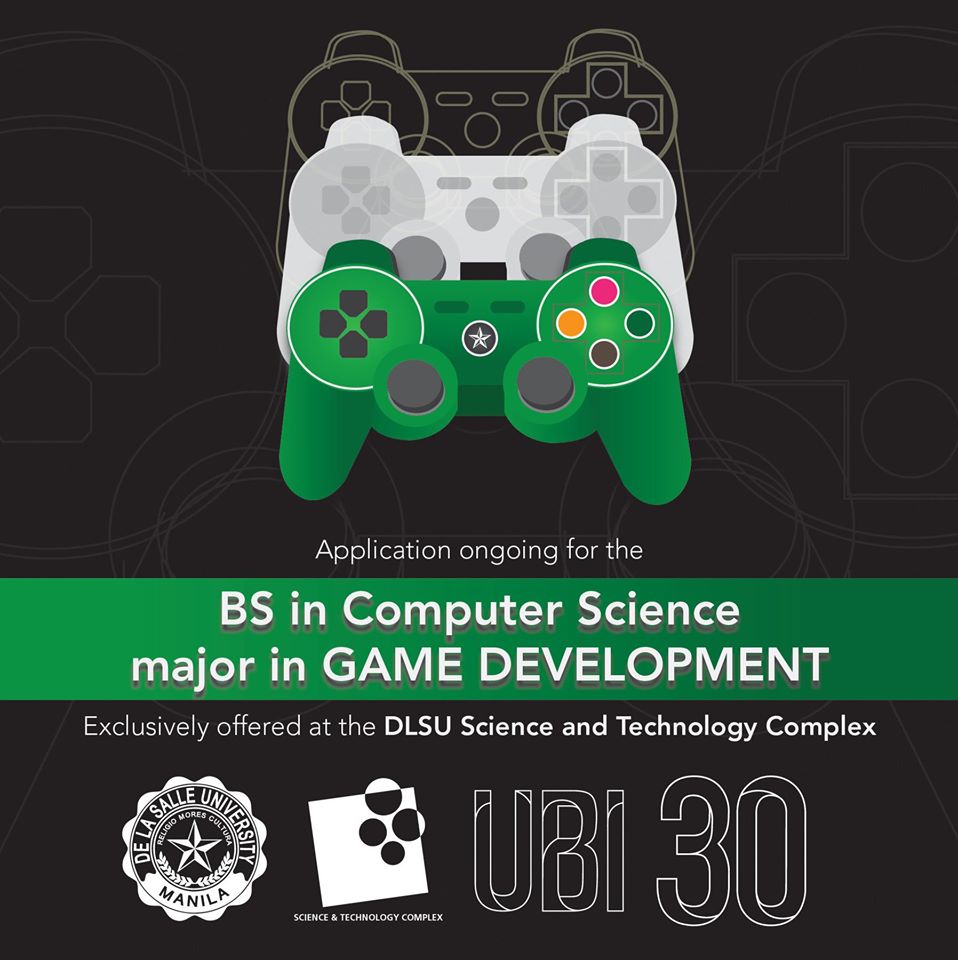 De La Salle University just recently announced on Facebook that a Bachelor’s degree in Computer Science with a major in Game Development will be offered at their Science and Technology Complex in partnership with Ubisoft Philippines. Yup, the same Ubisoft behind the Assassin’s Creed series and the Far Cry series.

Aside from taking the 66 units of core subjects in computer science, students will also take 45 units for their major, including classes like Game Design, Artificial Intelligence, and Script Writing and Storyboard Design. Graduates will have many avenues to explore in terms of having a career; opportunities run from being a web developer, a software analyst, to a game designer–probably for the upcoming Ubisoft Studio in the Philippines, probably.

Game development as a course isn’t new in the Philippines, though. iAcademy is already offering it. FEU also has it in their IT department as Animation and Game Development. The De La Salle-College of Saint Benilde also has it as a Bachelor’s in IT with a specialization in Game Design and Development. Besides that, the Science and Technology Complex is located all the way in Laguna.

What’s promising about this course is the partnership with a titan in the game industry such as Ubisoft. Who knows, we might finally have an Assassin’s Creed set in the Philippines, thanks to future Game Dev graduates.  Ubisoft Philippines is set to open this year, and is currently recruiting all sorts of jobs to form their team.

Sick of film reboots yet? You might want to try watching the original...