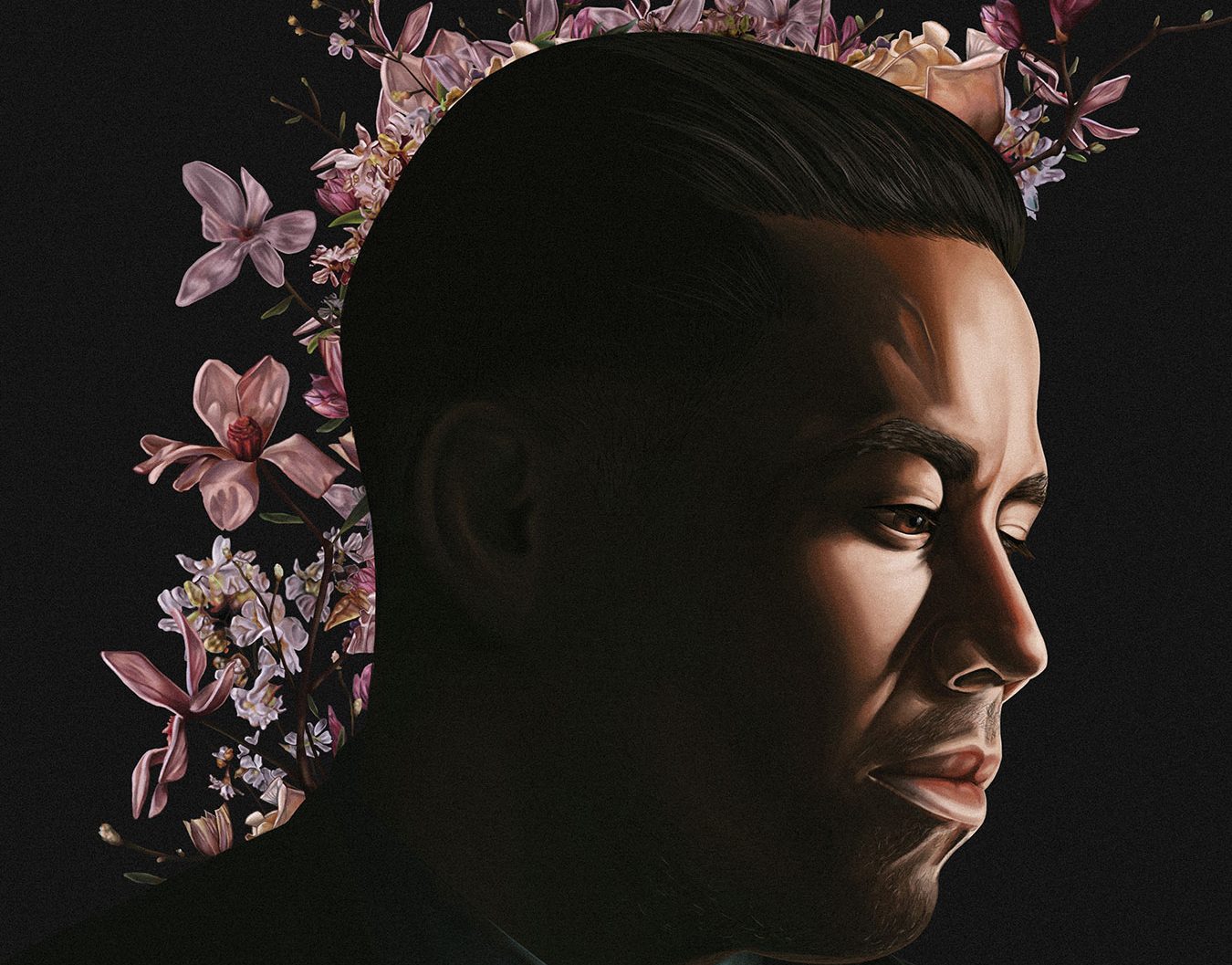 Beatmaker Regan Mathews, also known as Ta-ku, knows that he always has to stay ahead of everyone else. His stage name is taken from a Maori word—a part of his heritage as he’s half-Filipino and half-Maori New Zealander—which changes depending on how you use it and what it means to you. But for him, his adoptive namesake means me and myself—and Ta-ku has shown no one but himself in his creative pursuits.

In the world of producing beats, Ta-ku has made quite a name for himself, especially in circles that enjoy the slow-burning hip-hop instrumentals of his musical predecessors J Dilla and Nujabes. But rather than devote his life to it, he stresses the importance of taking one’s time with their passion by allowing some room for growth. Before he became a beatmaker, he had a full-time job selling health insurance until he decided to quit to focus on his numerous creative projects, which go far and beyond the confines of the music scene.

Most musicians or artists would identify themselves with one category or another, but Ta-ku prefers to reinvent who he is every single day. His growing resume is impressive, and a bit enviable to say the least. He has released multiple EPs, he’s one of the founders of the popular Team Cozy and Create & Explore Instagram brands, he is co-owner of Westons Barbershop located in his hometown of Perth, and is a regular contributor to Street Dreams magazine, a quarterly photography magazine based in Vancouver. It makes me wonder how one can perform such a balancing act, but when I look at what he has accomplished in such a short span of time, it’s hard not to take notes.

Most musicians or artists would identify themselves with one category or another, but Ta-ku prefers to reinvent who he is every single day.

Musically, Ta-ku was a late bloomer, and he said that he’s still playing catch-up since he only started making beats after college. When he was starting out, he mentioned that the only way to get into DJing was to actively collect vinyl and listen to more music. But it wasn’t until he heard the J Dilla-produced song for Slum Village called Fall in Love that he felt like doing this for the rest of his life. Like Ta-ku’s own music, the instrumental track hides a deeper, more universal message: “To fall in love/with the things you do/don’t sell yourself.”

Being a new producer in an oversaturated market isn’t the easiest thing; one glance at popular musical platforms such as Soundcloud affirms that claim. But Ta-ku knew better starting out, and rather than rely on fancy marketing, he let his intricate music do the talking for him even though it was tough going at first. When he started making beats, he resorted to giving them away for free because he felt he wasn’t good enough.

But when he was 20, he was invited to the prestigious Red Bull Music Academy in Barcelona back in 2008, and his two-week stint there left an indelible impression on the young musician. In addition to fine-tuning his skills as a producer and musician, Ta-ku picked up on the importance of friendship and the alchemical power of collaborations. “It’s not about who has the best technical knowledge, or who is the best musician here. It’s about getting together with like-minded creatives and musicians and making whatever you can,“ he mentioned during a 2015 Red Bull Chronicles interview.

“It’s not about who has the best technical knowledge, or who is the best musician here. It’s about getting together with like-minded creatives and musicians and making whatever you can.“

Afterwards, he launched his first major mixtape projects, “50 Days For Dilla” and “25 Nights For Nujabes,” which forced Ta-ku to make one beat a day as a tribute to his musical heroes. The beats were raw, but with each passing day he refined his method of splicing beats from several different songs into a coherent and relatable whole. The popularity of these releases paved the way for more complex personal works, namely the EPs “Songs To Break Up To” and “Songs To Make Up To,” which were released in 2013 and 2015 respectively.

Ta-ku first released “Songs To Break Up To” while going through the aftermath of a breakup, and he found out that the process of writing these songs was therapeutic for him. The songs are densely layered and could easily serve as a cinematic soundtrack for anyone going through any form of heartache. The follow-up, “Songs To Make Up To,” was a deeply personal work and a tribute to self-love. For him, it was about learning to be okay again, despite the circumstances.

His most recent EP “Median,” which was released with his Future Classic labelmate Wafia last August, was a major breakthrough for Ta-ku as a musician. The five-track EP, which deals with family issues intertwined with his usual themes of love and moving forward, looks like another solid effort by the beatmaker, but upon first listen you’ll notice something different from the get-go.

From the first track onwards, Ta-ku’s newfound voice confidently meshes with Wafia’s wispy R&B vocals and the result is a melding of two artists who aren’t afraid to put each other’s intentions first.

Despite being on the cusp of mainstream success (his full-length album is still in the works), he’s been keeping himself grounded by fine-tuning his other passions, most notably his love for photography, which he continues to hone despite his colorblindness. His photography injects his love for multi-layered stories into his emotive portraits of urban life. When I first saw his pictures, it wasn’t the visual aesthetics that impressed me, but rather his initiative to turn his passions into creative communities where everyone is free to voice their own ideas. There is an authenticity to Ta-ku and his work that draws people to him, and the numerous brands, artists, and musicians that frequent his creative spheres are a testament to this.

When I first saw his pictures, it wasn’t the visual aesthetics that impressed me, but rather his initiative to turn his passions into creative communities where everyone is free to voice their own ideas.

This drive to realize his creative potential while being true to himself and others has been the common thread unifying his life and career. His mantra of “doing what you love, and loving what you do” may sound old-fashioned and clichéd, but it holds a semblance of truth for him, who sees every day as an opportunity to pursue the various creative projects he is currently working on at the moment.

It has been a long and slow ride for Ta-ku so far, and what’s next for the multifaceted creative is still up in the air. But one thing that will remain the same is the humble and collaborative way he approaches his creativity. It is this characteristic that helped him grow in his music and his photography, but more importantly, it will serve him well in his next endeavor, whatever the future may hold.

In the digital age where information is virtually a given, art makes its...