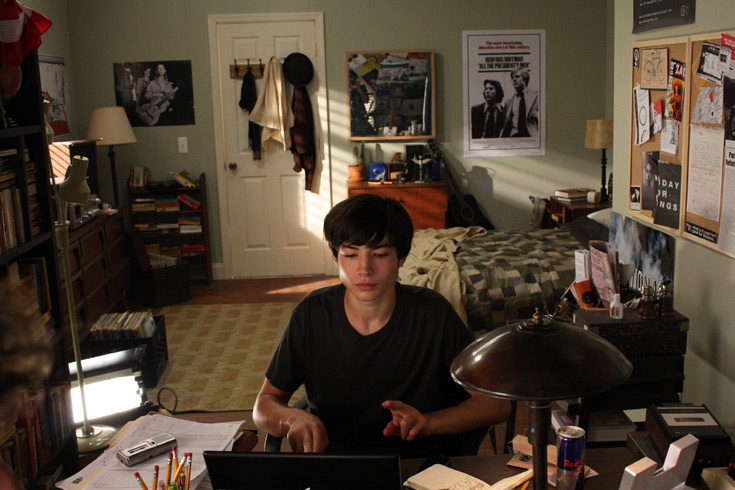 There’s this line from a movie that I’ve always liked.

“Change your mind and change it again because nothing’s permanent. So make as many mistakes as you can. That way, someday, when they ask us what we want to be, we won’t have to guess. We’ll know.”

That movie is “Eclipse.” Yes, that “Twilight” movie. Yes, I watched it. Please don’t judge me.

But me watching that cringe-worthy vampire movie is really not the point here. That line got stuck in my head for years because it hits close to home. I’ve never really had a clear vision of who I wanted to be, and I have always viewed this as a flaw—a hamartia, if I dare say so. I’ve always believed that the path to success is linear, where all the steps I take must be certain. No shaky steps, no second guessing and God forbid I take a step back and change my mind.

When I was four years old, my heart was set on becoming a math wizard, whatever that was. I just knew that I loved math, and I wanted to solve math problems for the rest of my life. It got old pretty quickly when I realized that there wasn’t really such a thing. At eight years old, I wanted to be a lawyer. I figured I liked arguing with people, and reading that book on the Civil Code, which was lying around the house, intrigued me. When I was 16, I decided I’d be an engineer since everybody seemed to want to but also because I went to a high school that required to me to pursue a degree in science and engineering. Now, at 21, I am pretty sure that I want to be a writer and after all those years of uncertainty, and the twists and turns that came along it, I can safely say that this is what I want to do for the rest of my life.

The road that led me to where I am right now, steady and sure about myself, was long and filled with painful compromises. But just like what I said when I told my mom that I was shifting out of engineering—I would rather delay my graduation than be unhappy for the rest of my life. I shunned the notion that changing my mind was a sign of failure because all those setbacks and mistakes that I encountered led me to finding my real passion. Had I not decided to change my mind, I would still be rooted in a safe zone, and I would still be very much unhappy.

It’s not a race

We live in a world where overachieving millennials are already CEOs of their own companies, where we celebrate the young and successful. We know about Mark Zuckerberg and how he created Facebook in his college dorm, and that Nobel Peace Prize winner Malala Yousafzai started to fight for girls’ rights to education when she was only 11. It’s easy to feel small, to be insecure, and to just accept that we are never going to measure up to other people’s achievements.

But at the end of the day, does success really have only one face? Does one have to be a CEO or an award-winning activist to be considered successful? Here’s the short answer: No.

Comparing yourself to others is a disease. It opens a black hole that will forever taunt you and your insecurities. So stop browsing social media if you’re only comparing how that girl you knew from high school is now taking up her PhD in Harvard, while you’re still in the same job you’ve had for years. Stop seeing your triumphs as unworthy. Focus on yourself. Look at how far you’ve come. Be happy with where you are but also don’t be complacent. There is no such thing as an expiration date for being successful. Find your own pace and stick to it.

If you ever feel stuck in life, take a deep breath and enjoy the good things. If you feel like you’re not achieving enough, just remember that KFC wasn’t founded until Colonel Sanders was 65. So stop pressuring yourself and chill. You still have a lot of years ahead of you. Just like what that famous quote says, life is not a race. It’s a marathon.

By Bea Amador
Photos from Perks of Being a Wallflower, Beware the Gonzo and Jurica Koletić/Unsplash (alternate lead)

SHAREIn films like Call Me By Your Name, Grease, and Moonrise Kingdom, we see...

SHAREI first discovered Lady Gaga on the cusp of adolescence in 2008. Back...