Contrary to what her iconic TV kontrabida role suggests, it would actually be fun to share a lunch table with Andrea Brillantes.

“Ay, hindi!” the 19-year-old actress, all glammed up in space buns for our next layout, eagerly corrects herself after listing Colleen Hoover’s BookTok-famous “It Ends With Us” and “November 9.” Although she’s drawn to the former thanks to its relatability regarding mother-daughter relationships and to the latter for its ability to make her heart flutter, she declares “The Seven Husbands of Evelyn Hugo” as her actual favorite, topping it off with the comment, “My life.”

For someone who’s just in the last leg of teenhood, Andrea seems to find more empathy in a 79-year-old woman seasoned by life’s challenges versus protagonists safely tailor-made for her age. And maybe that’s because she wrestled with adulthood’s perils early—as a breadwinner in constant scrutiny.

Her more-than-a-decade-spanning career began in hard mode. “Pumipila ako, nag-co-commute ako para makapunta sa mga audition, tatayo ako nang matagal,” she recounts the cycle familiar to her since she was four years old. However, the first try wasn’t so successful; she wasn’t able to speak.

But years before she stepped inside that audition room, her eyes were set on becoming a pop star, not an actress. The artista agenda was originally manifested by her mom for her—nevertheless, acting played a part in her childhood.

“Umaarte-arte na talaga ako,” Andrea describes her frequent time alone, calling Sharpay from “High School Musical” her idol. Growing up with her grandparents until she was five years old, she’d usually see her parents for important matters, including accompanying her to auditions. When she finally moved in with them, Andrea admits to feeling like an onlooker while her siblings were close to one another. “Mga nakailang beach trip [na] sila.” 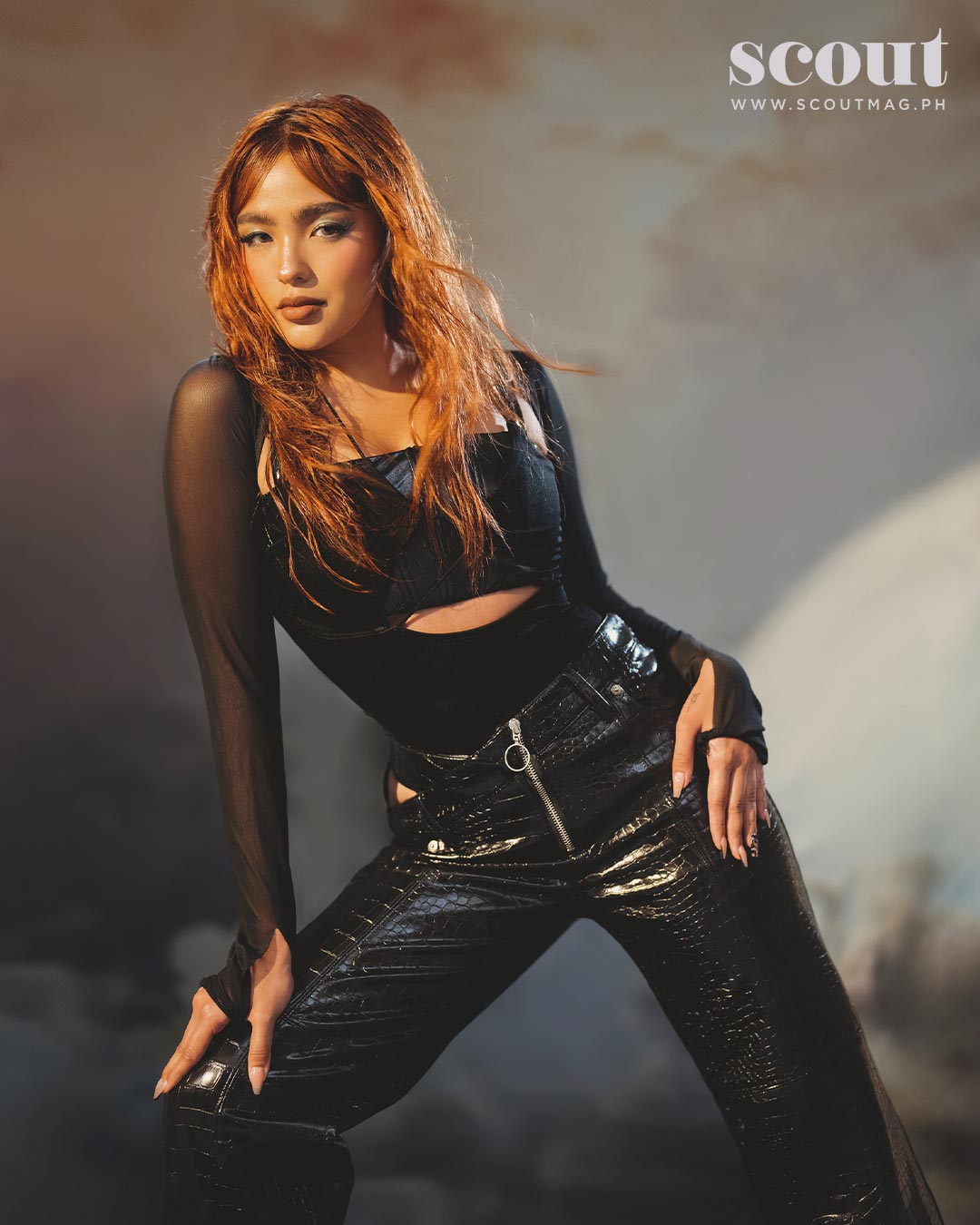 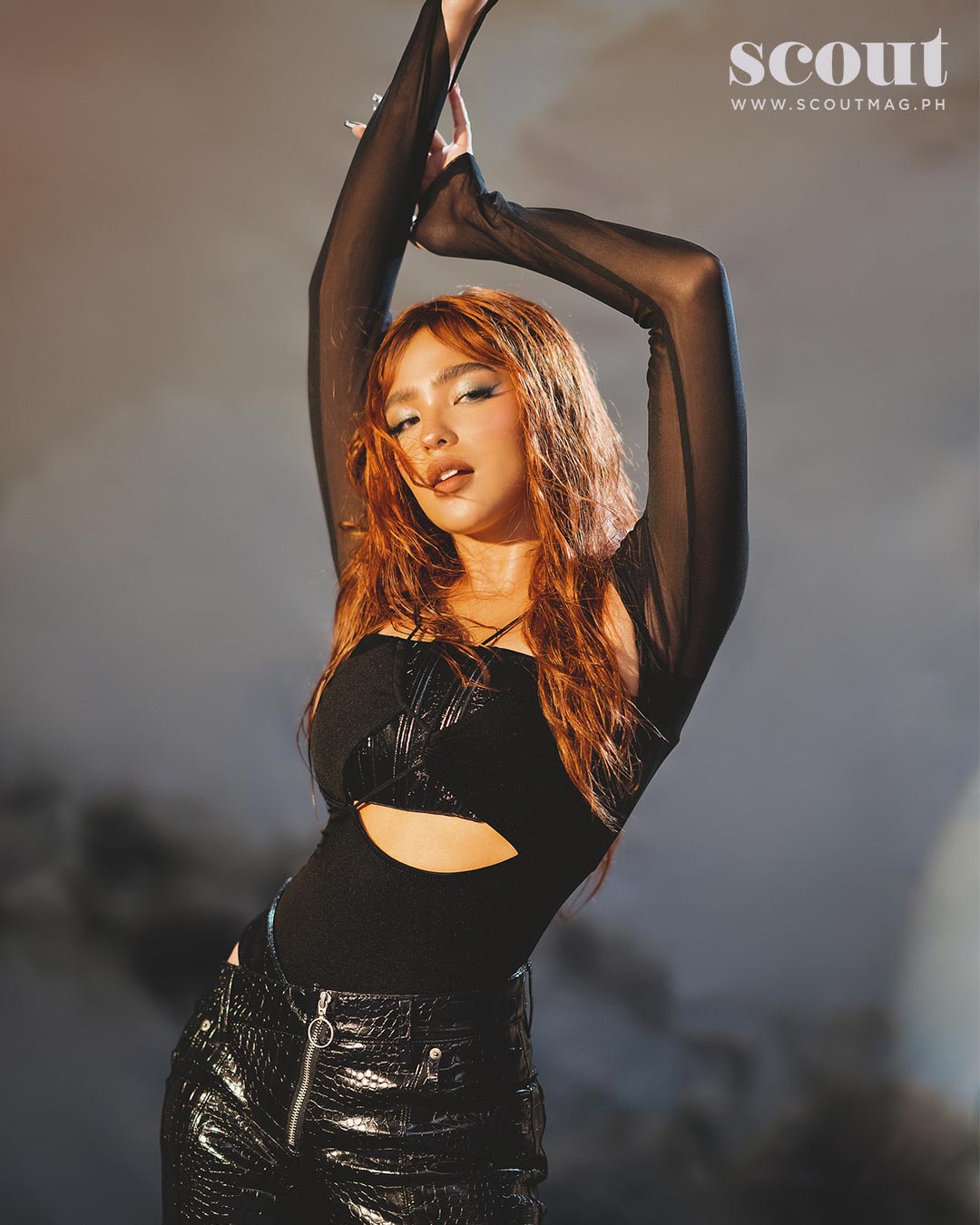 However, an accident involving her brother one New Year’s Day swerved into her origin story. Seven-year-old Andrea, who blamed herself for the mishap, looked for a way to make up for it. “May nahanap ’yung tita ko na flyer, na parang beauty pageant ng mga bata. Sumali ako.” The prize money she bagged not only went to the treatment of her brother’s scar but also to her sister who was sick.

This kind of selfless motivation stayed in Andrea, who’d progress from taking a passersby role in a Claudine Barretto movie to gradually getting lines in kids’ sketch comedy show “Goin’ Bulilit,” to finally earning her first big break as the titular character of 2013 drama series “Annaliza.”

But landing the main character milestone, which not all celebrities get in their lifetime, isn’t all rainbows and sunshine. In fact, anyone who’s followed the actress’s career knows how she’s been plagued with controversies for as long as we can remember. And not even her long-running acting reel spared her from the ferocity recently.

In the TikTokverse lexicon, the term “main character” has birthed multilayered meanings since the pandemic’s onset. The universal bleakness ushered people to “romanticize” their life as protagonists, which is a good thing, if it means owning every moment. But i-D also observes how it eventually got linked with narcissism.

Now a double-edged label, “main character” still pops up on the internet—including those spots that talk about Andrea.

Fans and casual viewers call her the main character when she manages to thrive and shine above all elements. But those that dislike her (or her actions) make it out to be synonymous with attention-seeking, sometimes even with a Filipino “pa-” prefix to highlight its forcefulness. With the stark contrast in meanings, does Andrea consider herself one?

Now a double-edged label, “main character” still pops up on the internet—including those spots that talk about Andrea.

Thankfully, she overcame this with “Kadenang Ginto’s” arrival in 2018, her answered prayer. “Doon lang din talaga ako nakatanggap ng appreciation and in-acknowledge talaga ng mga tao. Sobrang nakatulong sa ’kin ’yun as a person, sa character development ko.” This is also where she met her best friend Bea Borres, whom she got closer with after the show ended.

“Kadenang Ginto” is virtually immortalized on YouTube, with slices of the heavy drama series uploaded for everyone to rewatch—and it has been millions of times. In a few confrontational episodes, comments praising Andrea’s acting chops stay on top. Jealousy, wrath, desperation, pain. The girl has range. But sometimes, these get overshadowed by another side of the internet, where dedicated critiques (and sometimes borderline hate) lie.

One recent topic would be her use of baby talk, and she’s well aware of it. It comes out naturally, she says, especially with people she feels comfortable with (i.e. a father, mother, or sister figure).

“Nag-ci-cling ako dun sa baby talk ko,” she admits, explaining it’s part of how she makes up for the childhood she missed out on. “Ang aga kong namulat. Ang aga ko ring nagdalaga. Ang aga kong minake-up-an. Ang aga kong dinress up.” Back then, an epiphany loomed over her 15-year-old self. Her 20s were nearing, and she felt there was no room for mistakes. Wanting to savor what’s left of her youth, she chose to find out what her talent fee amounted to only last year.

Despite the pressure, Andrea is grinding relentlessly for her family, and is also proactive outside acting. She has participated in charity events, given out gifts to impoverished kids on Christmas, donated to frontliners, and used her influence to make a stand in the 2022 elections, among others. Last June, she was spotted at a Siargao beach cleanup. “[May nagsabi] na finally, may nagawa rin akong tama,” she recounts a comment she came across. In frustration, she replied, “Mga mali ko lang naman pinupuna n’yo.”

But of course, she’s aware of—and values—the impact she can make with her platform. Andrea muses about moments where she could’ve used social media more wisely. “’Yung mga mali kong ginawa, binabago ko ’yun,” she says with humility. However, she still doesn’t stand for getting misinterpreted or for misinformation about her getting spread. She can’t promise that she won’t respond to bashers again once they cross the line.

After all, it took a lot to rebuild the confidence she has now. A tattoo on Andrea’s left forearm spells, “Guard your heart,” taken from Proverbs 4:23. Another says, “C’est La Vie” (that’s life).

Andrea, who has raked in millions of followers on social platforms, still values authenticity in an industry that forces one to be “likable.” And to drown out the noise, she tries to focus on things or people she loves. “Kunwari ’yung topic, about sa family, or boyfriend, or mahal kong gawin, ’dun ako maaapektuhan.” She’s thankful for the people who know all her sides and love her unconditionally—that “will to live” web where anime resides has become bigger. Now she loves herself more than ever.

We joke with Andrea in between preparations, and the glam team still looks amused with her spontaneity, like it’s the first time they’re seeing it even after their countless collabs. After closing the restroom door, she gushes that her contact lenses look stunning in her reflection. I’m glad she doesn’t avoid mirrors now. And I think, let her have that main character moment.