On a warm Wednesday afternoon in Makati, I found myself talking to Ylona Garcia about the most peculiar topic: Naruto.

“This is my role model in life,” she gushes about the titular character of her childhood show. We were 40 minutes into our conversation, chatting in the dressing room of BJ Pascual’s studio as a whirlwind of preparations happened around us. Clothes were picked out and hung, cheek kisses were thrown around in greeting, and the space was charged with pre-shoot tension.

Seated in the makeup chair in sweats and a plain blue shirt tied into a crop top, Ylona grins at me with a bare face as she talks about the fictional character, unfazed by the maelstrom behind her. “When I was growing up, [I loved] his perseverance and belief in himself even when others thought he was just plain stoops,” she laughs.

The Japanese manga series was, and still is, a worldwide phenomenon. Naruto is the fourth best-selling manga of all time, and is an international success with its English volumes reaching USA Today and New York Times bestseller status multiple times.

The reason might be that at its core, Naruto is an inspirational coming-of-age story that transcends cultural borders. A boy staying true to himself on a journey that provided many opportunities to do the opposite. In the end, Naruto’s reward for his resilience is being able to claim his destiny. It’s a story that resonates with Ylona, considering her steadfast approach to her larger-than-life dreams.

Ylona knows the necessity of putting in the work, both from personal experience and stories of heroes. After all, she herself is a juggernaut when it comes to pursuing her already robust career. “Every day is a crazy day. Every day has a story to tell,” she tells me when I ask about her schedule. And it’s to be expected—the 17-year-old is juggling multiple endorsements, finishing her sophomore album, and flitting from shoots to appearances, making a name for herself along the way. It’s been five years into the game, and she isn’t losing steam anytime soon.

At age nine, Ylona Jade Garcia decided to be a global pop superstar and set the wheels of her fate in motion. She began performing in her home country of Australia, fronting for Filipino acts like Sarah Geronimo, Bamboo, and Martin Nievera for their Australia shows. It wasn’t long until a TFC executive noticed the then 13-year-old and invited her to audition for a second special teen edition of “Pinoy Big Brother” in the Philippines.

“If I make it in, then I’ll be one step closer to reaching my dream. And if I don’t make it in, I can keep studying and finish high school and then work on achieving that dream, so it’s cool,” Ylona recalls. The universe must have felt her resolve to be an artist and sent a big break her way, which, even if it didn’t come, she would have molded her own destiny anyway.

Soon, she passed the auditions and flew out to the Philippines to enter the Big Brother house in 2015. During her stay, viewers lauded her mature outlook in life and her undeniable musical talent. She finished the show as first runner-up, and from there took the momentum to launch her career.

An indispensable ingredient in an inspiring protagonist, as many superhero stories have taught us, is unquestionable integrity. From Krystala to Super Inggo, Captain America to Spider Man, Wonder Woman to Black Widow, it’s a given that to be the hero of your story, you must always make decisions worthy of one.

“Every day is a crazy day. Every day has a story to tell.”

Out of curiosity, I asked her what she would be in an alternate world. After a thoughtful pause, she responds, “You know, I don’t want to imagine my life in another way. I think that kind of means that I’m just doubting what I have right now. I really just want to be an artist.”

Such clarity is rare for someone her age. Teenage years are often marked with uncertainty and, on some level, an aversion to planning the future. Then again, who said Ylona was a typical teenager?

Adolescence under the critical eye of the media can snuff out the highest of teenage ambition. An unfortunate occupational hazard of the industry is being vulnerable to uncalled-for ridicule and discrimination, and it almost swept Ylona with its current once upon a time.

In 2018, a barrage of negative messages affected the young star’s mental health, which  resulted in hospitalization. She shared a post on Twitter urging everyone to stay in tune with their state of mind and, at the very least, be kind on the internet. “I forgot about myself,” she wrote, and used the experience as a lesson to her followers.

These days, Ylona focuses on herself as much as she does on dreams. “At the end of the day, when I self-reflect, I always try to make sure that I’m mentally, physically, and emotionally okay with everything. [That] I’m aligned,” she says. She’s more selective of projects she takes, and the future is now all about putting out work that she genuinely wants. And finally, she’s coming back to music.

Ylona released three singles in 2019, which was preceded only by her 2016 debut “My Name Is Ylona Garcia.” Since dabbling in different genres with her debut record, from acoustic ballad “Stop Think” to funky pop “Not Yo Bae,” she’s now steering her sound towards R&B. “I always knew that my heart belonged to R&B, soul, pop,” she says. “Now, I feel a little more confident on where I want my music to flow.”

Ylona’s love for music is beyond doubt. She perks up at the topic of inspirations, rattling off her current favorites: Billie Eilish, Jessie Reyez, Ruel. As I begin to ask my next question, she cuts me off with an excited “Oh!” and adds Joyner Lucas and, unexpectedly, classical music to the list.

“There’s so much passion in classical music without even speaking. It makes you think that life is actually beautiful,” she muses. During the course of our conversation, I noticed how Ylona often went into little soliloquies. On the topic of values, she whips out her phone to read out jottings on her Notes app—a true child of her generation.

“If you’re disappointed because you feel like the people you love aren’t giving you the love you deserve, then be the person to give yourself [that] love,” she reads. Then another. “It doesn’t matter what you make. The most important thing is always the foundation. If the foundation is unstable, even tall buildings will collapse.”

Her thoughts read like a young person who’s experienced one too many heartbreaks for her age. Ylona is legally about to become an adult by the time this issue comes out, but she certainly has the outlook of one already. “I definitely felt the pressure to grow up faster in the industry, because of course, you want to make sure that you look prim and proper to the eye of social media,” she says. “But it doesn’t mean that you have to grow up quickly. There’s a certain difference between what you have to do and what you feel pressured to do.”

It’s a lesson that a public figure like her has to learn early and never forget. Pressure can go two ways in Ylona’s line of work: Push just enough and you can rise to greatness; push an inch too far and you can cripple them indefinitely. “One time, I got really burnt out and I was really sad. Really sad. I couldn’t speak for two weeks,” she says. Her solution was simple. “Reading books, like actual hard copy books.”

Ylona also credits yoga and, more recently, crystals to keep herself grounded. They’re understandable remedies, with all of them being solitary hobbies away from the mud-slinging war grounds of comment sections and underhanded tabloid sites. “You live and you learn,” she often repeats. Along with her aspirations of being a successful global pop star, she also really just wants the simplest of dreams: serenity.

“If you're disappointed because you feel like the people you love aren't giving you the love you deserve, then be the person to give yourself [that] love.” 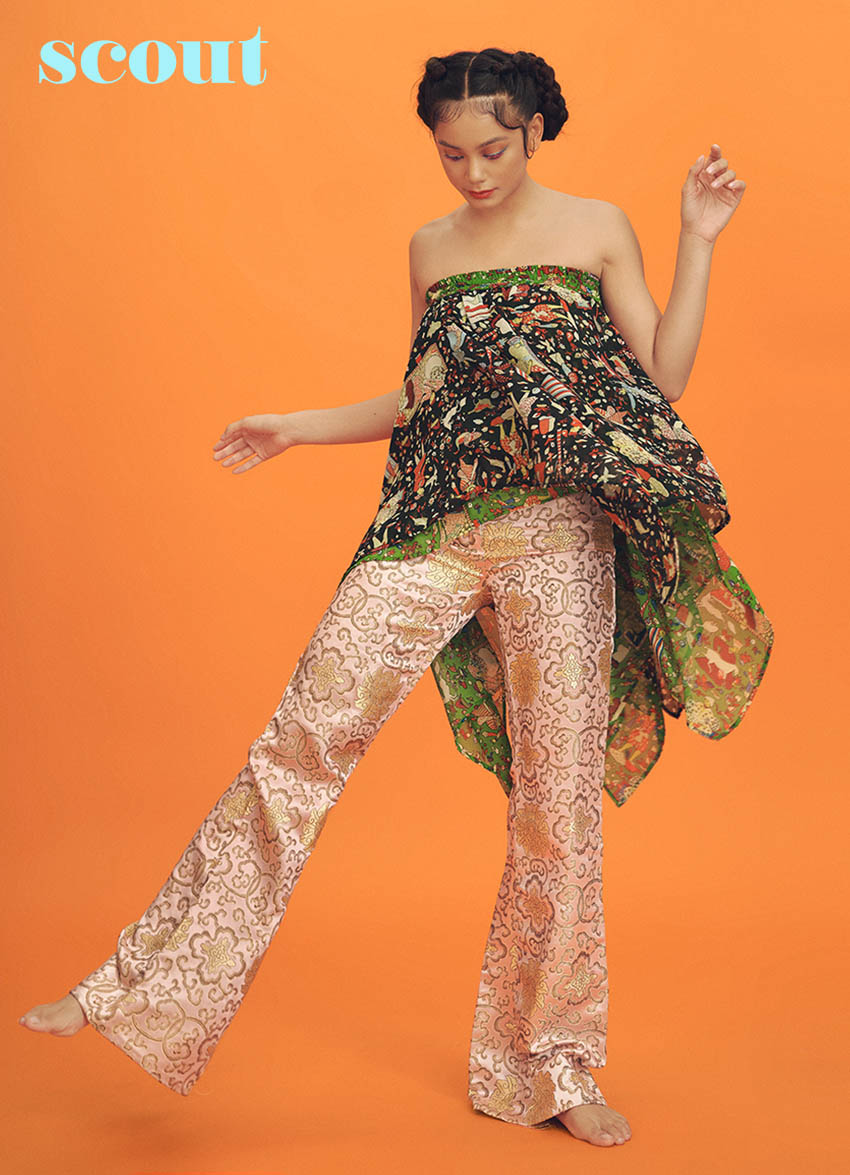 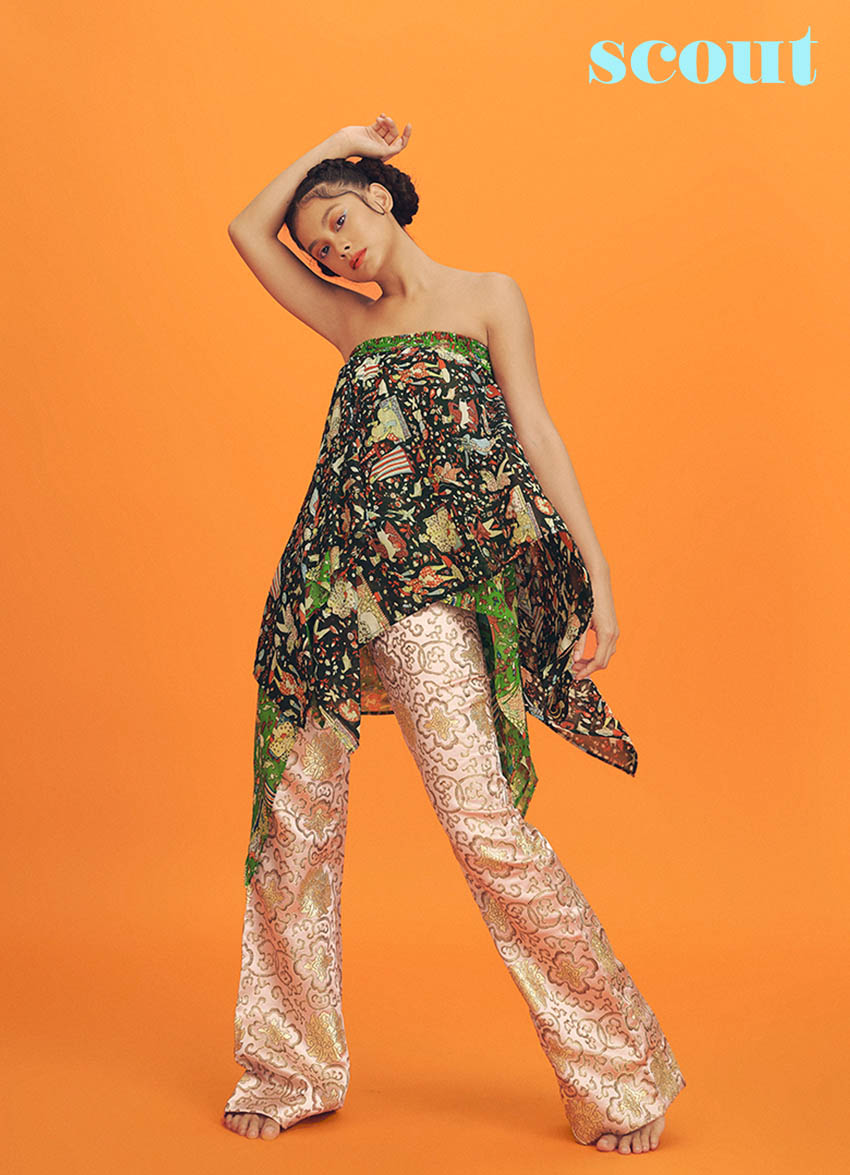 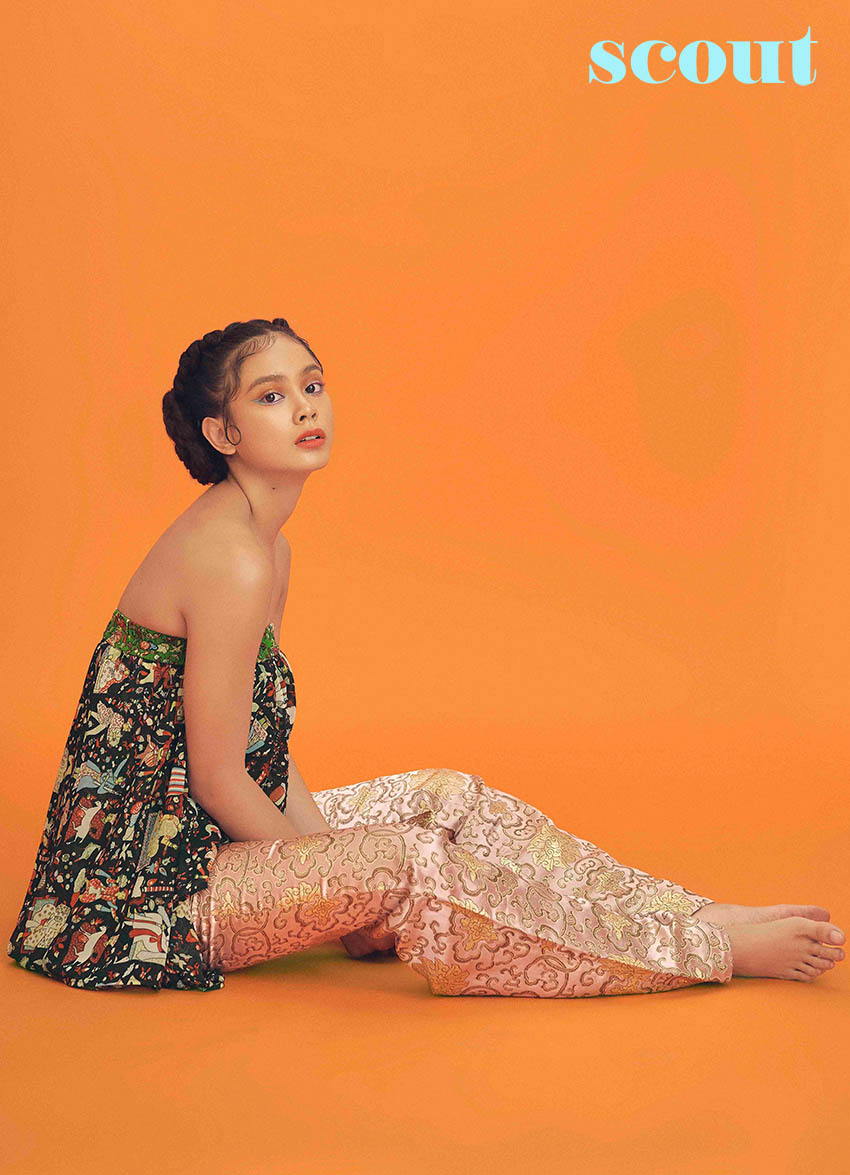 “My wish is that my dad would be able to cook for me forever,” she decides when I ask her what her 18th birthday wish would be. “I know that one day, of course, you know, parents aren’t always gonna be there, and I’m gonna have to live in my home. But I just hope he can cook for me forever.”

To reach her dreams, Ylona Garcia really only needs the support of her family first and foremost, then her team, which includes her fans. Everything else—courage, talent, kindness, and laser focus—she already has.

Ylona is at the final leg of her own coming-of-age, with a sense of self-awareness that she’s worked for tirelessly for almost half her life. It’s a comforting thought that the new generation of youth will have her to look up to as she enters adulthood. The world, and more desperately, the entertainment industry, is in dire need of a leader like her.