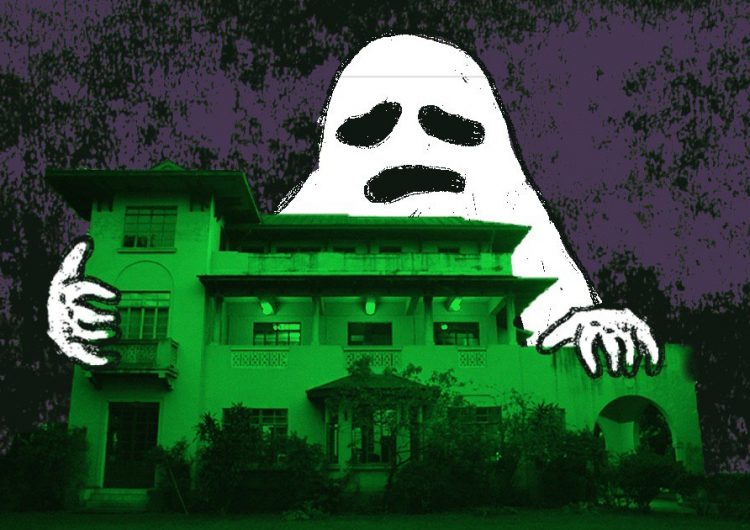 Come around for a spine-tingling tale by the campfire, friends. Let us tell you a little story about the Scout House of Horrors venue, the Ick Heritage House.

ICYMI, our fifth birthday party this year is on Oct. 30 at Ick Heritage House, Sta. Ana, Manila. Expect drinks aplenty, surprises both fun and frightening, and good times ahead. (Get your tickets here, brave soul.)

For our first-ever Halloween party, we want to go all the way. Our team scoured the streets of Manila to find the perfect house, and we stumbled on this jewel in a small cul-de-sac in Sta. Ana, Manila.

The three-storey house is owned by the Ick family, and we talked to one of the house’s original occupants, William Ick, Jr. He was born in 1938, and is the sixth of nine siblings. He’s since immigrated to America after graduating from college here, but you can never forget your first home, right? Especially if some strange things happened within its four walls.

Read more: 15 things to do when you’re a character in a horror movie

When we asked William, who also goes by Bill, if he has had any peculiar encounters in the house when he was growing up, he said no. But he has heard some stories about the house. “[I’ve heard that] the big Acacia tree in the backyard has a ghost that lives in [it]. There are some nights that the tree is [lit] up with fireflies. Gives you an eerie feeling.”

This Oct. 30, we’re pumped—albeit a little nervous—about creating some new ghoulishly fun memories in Ick House. If you want to be a part of its and Scout’s history, get your tickets now and drop by at our party starting at 8 p.m. in 1971 Ick Street, Sta. Ana, Manila (Waze coordinates here).

Oh, and don’t forget to say, “Tabi-tabi po,” by the Acacia tree. You can never be too safe, right?

A lot of you are probably aware of this, but if you aren’t...

It’s not one of our country’s most pressing issues at the moment (we...