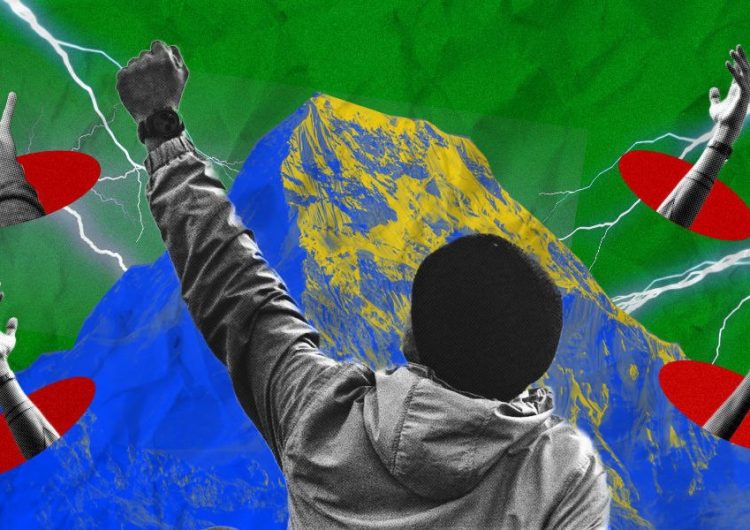 “Basta Pinoy, kaya yan!” a talking head exclaims from a broken television hammered helplessly by a family this morning, just to make it work again. The same morning, they tried to keep their house together as floods filled their living room (and kitchen and bathroom). The only breadwinner was kicked out of their job recently, and they couldn’t afford another big repair. So what if it’s typhoon signal #3? They surely can do it.

Though I wrote it as fiction, it wouldn’t hurt to accept that this is a possible scenario. Because since Juan De La Cruz knows when, “resilient” has become the favorite adjective we throw at each other. And with it, everything should be achievable. Juan, how does it feel to be dismissed and sensationalized at the same time?

Constantly whipping out the resilience card is not only lazy but also dangerous. Whether in narratives about calamities or the present pandemic, using this toxic mindset is anything but progressive. Recognizing a painful situation is one thing, but putting sugar, spice and everything nice on it is another.

In case you need a reminder, here are some possible sequels to our narratives on romanticization (a.k.a. situations we’re probably already in but too desensitized to incompetence to even feel it.)

Just today, ABS-CBN News reported that a nurse, who was initially waiting for her shuttle to work, stopped by to assist a barangay rescue team in delivering a baby of a homeless woman in Makati City. It’s a commendable deed by the nurse, heroic of her even—but romanticization starts when that’s everything we want to see. The better way to acknowledge situations like this is finding out what caused it: Why didn’t the mother have access to proper healthcare? A shelter? If the nurse hadn’t attended to her, what could have happened?

The better way to acknowledge situations like this is finding out what caused it.

When online classes began, education became more of a privilege than ever. One proof was a 12-year-old boy who was seen enrolling himself in a pisonet shop. “Nahihirapan siya kasi hindi niya maintindihan ‘yung mga nababasa niya. And siya lang mag-isa instead na kasama ‘yung parents niya,” Peter Salire De Guzman, the person who got to meet the boy, said in an interview with “24 Oras.”

While this news prompted people to donate, others reduced the scene to something “normal”—it’s a learning curve, it happens, and with the boy’s persistence to study, more opportunities will surely come his way in the future. Your privilege shows, but go off, I guess.

It dismisses the hardships of others

Former presidential spokesperson Salvador Panelo commuting to work for a day wasn’t a fever dream. It really happened in October last year in response to the public’s plea during what they described as a mass transport crisis.

After riding four jeepneys and a motorcycle (and taking a different route because of traffic), Panelo left an advice for commuters: “Ang punto ko lang dun, we are very creative people. When we’re confronted with a situation na hostile, we adjust. ‘Yan ang pagka-malikhain ng Pilipino,” he said in an interview, while on his third jeepney ride to the Malacañang. Weird flex, not okay.

In this case, even though “resilience” is masked as “creativity,” it bears the same danger: Trivializing people’s daily suffering as something solvable by a change in mindset.

In this case, even though “resilience” is masked as “creativity,” it bears the same danger: Trivializing people’s daily suffering as something solvable by a change in mindset. If it were that easy, I’m sure the working class could have overcome the situation. And besides, how is one day of commuting enough to gauge the situation of those who do it every day—those who don’t see commuting as an experiment?

It leaves no responsibility to the officials to do better

Romanticizing resilience breeds toxic positivity—a one-way ticket to escape incompetence. Instead of accepting what we see, let’s consider what needs to be changed.

Being accustomed to this mindset allows mediocre individuals in powerful positions. We resort to “lesser evils” because we think we don’t deserve better.

Way back pre-pandemic, stories of resilience have always been popular during thunderstorm season. Before we know it, photos of ordinary people fist-fighting with sickness (and death) in flooded areas—just to make ends meet—dominate our feed. We often compliment how heroic their deeds are, but did we bother calling for better services? There are things we don’t deserve in the first place.

SHAREIt’s a given that people don’t always say what they mean. Saying something...