Skating has come a long way from what it was decades ago. No, we’re not talking about how people are now skating in their Dior 1s. We’re talking about the community that sprung from a subculture of misfits and a walking “violation against public safety” waiting to happen.

Today, skaters have become part of mainstream pop culture. Skaters aren’t only recognized as style aficionados by hooked spectators, but also as athletes by the Olympics. What can we say? They’re that official.

Who would’ve thought unexpected things like lip syncing to “Kick Push” and playing Tony Hawk’s Pro Skater would help propel skate culture to the upper echelons of mainstream consciousness? Just look at Nike SBs selling out now rather than collecting dust in stores.

But let’s be real; skating itself isn’t polarizing, but the lifestyle that comes with it is for people outside the circle. What’s more badass than a person with an oversized shirt (with a touch of concrete) paired with unintentionally ripped straight-cut pants? Not to mention the iconic “there’s a hole in my shoe” vibe. Skating is a universal fuck you, a gamble that ultimately pays off, to however standard you want to live life.

As for the folks hailing from Cebu, their skating community is no stranger to the “live your own life” ethos that skating affords.

While Cebu is 855 miles away from Manila, Cebu continues to lead the skating pack down the rabbit hole, charging ahead with different subcultures pervading every inch of the city. From understanding their roots to exploring influences in their work, Cebu’s community has embraced street culture and cemented their pioneer status within the global skate scene as well as in music, streetwear and dance.

From getting recognition from pro skating GOATS like Alexis Ramirez and Cyril Jackson to celebrating the success of Margielyn Didal at the 2019 SEA Games, the Cebu skate community has been getting the spotlight it deserves from the global skate community. While there is still a lack of skate parks in Cebu, and even in the entire Philippines, the community continues to grow as the busy city and open parking lots serve as their temporary training grounds, and for most of the time, their shelter.

While most of the Philippines took a pause due to the pandemic that couldn’t get any worse (mad props to the government), this hasn’t stopped skate culture from extending its reach to a wider crowd through pre-covid highlight reels, and discussion threads in skateboarding groups on social media. I know that for some, skating fronts an intimidating and exclusive persona, but best believe that most of these skaters carry the real concept of a community, which opens itself to those who share the same passion, whether new or experienced–making it more about the connection than just the actual bustle.

Luckily, we caught up with our friends from the Cebu skate scene to know more about the sensation of riding on (or falling off?) a skateboard, to becoming a member of a community that continues to evolve in front of their eyes. 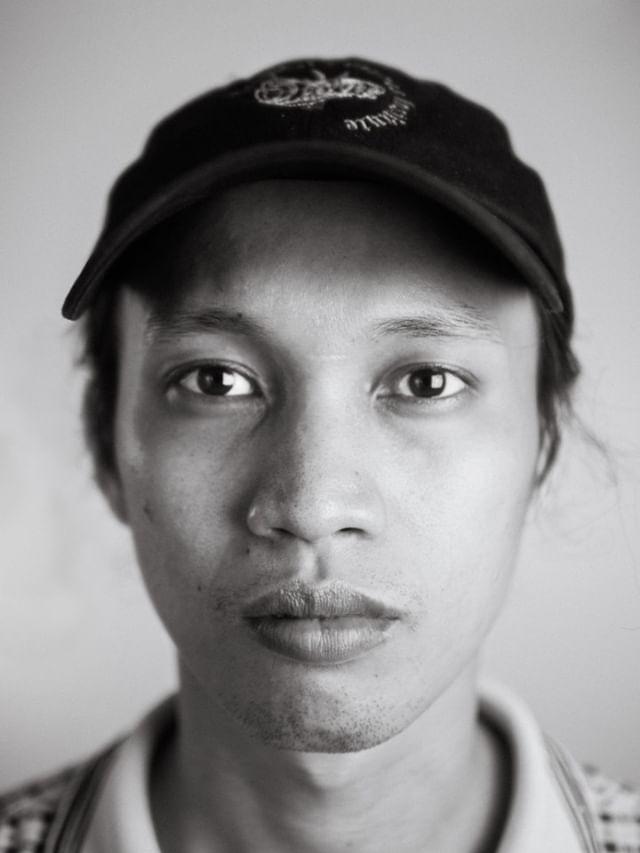 How’d you start skating?
I’ve been watching the X Games and playing Tony Hawk Pro Skater when I was a kid, then my cousin convinced me to ask my parents to buy me a board. Then I got hooked ever since.

Is there any difference between how you felt when you first tried skating with your most recent ride?
Surprisingly I was super hyped on my recent ride, the same as the first time I rode my skateboard.

What made you want to compete?
I was just actually forced to compete in my first competition [laughs]. I usually just feel the vibe of the competition and when I like it, I join.

What role did your local community play in your growth as a skater?
Having a positive and fun energy in life and encouragement to do what’s best for me.

Have you tried skating with people from different communities? How were they different from that of Cebu’s?
Yes I have. It’s actually kind of the same; maybe Cebu skaters are more laid-back and treat skateboarding as a lifestyle/hobby than a career.

What was the skate scene like before compared to what it is now?
It was closer since skateboarding at that time isn’t as famous as today. We tend to stick and hang out together more. And being sponsored isn’t something we focus on. Kids nowadays always ask if they could get sponsored by brands, not everyone of course.

What do you think about the possible increase of skaters with the lack of transportation happening due to the pandemic?
I think it’s really good, it’ll help a lot of local skate shops and skate brands. More skaters, more fun.

Any tips for aspiring skaters?
Enjoy the process of learning a trick, don’t be a dick, make friends. Skateboarding isn’t about being good, it’s being in a community that supports one another

How’d you start skating?
I think I was in the sixth grade when I saw my neighbor being taught how to skate. I was fascinated by how they could get the skateboard off the ground. When they took a break, I asked if I could borrow the board and when I tried to do an ollie I fell and sprained my arm. I didn’t tell my parents about it, but from that moment, I knew I wanted to learn how to skate.

Is there a difference between how you felt when you first tried skating with your most recent ride?
Yes! When i started skating, I was always hyped to skate and be with the homies and learn new tricks. Now, I just do it for leisure. Just cruise around and do some tricks here and there.

What made you want to compete?
I actually never tried competing, I never got to that point that I was good enough. It would be fun to try and compete though.

What role did your local community play in your growth as a skater?
I guess the support from the homies. Every time I skate with them we feed off each other’s energy. It’s always a good time and makes me want to skate more.

Have you tried skating with people from different communities? How were they different from that of Cebu’s?
Yes! It’s not that different. Skateboarding or skateboarders are actually welcoming regardless of your race, age or gender.

What do you think about the possible increase of skaters with the lack of transportation happening due to the pandemic?
There might be an increase but not that much. It’s still easier to bike as a commute [option] compared to using your skateboard because Cebu roads are rough.

Any tips for aspiring skaters?
Have fun with it and just enjoy the process. Don’t get discouraged easily. It might take you a while to learn certain tricks but words can’t explain the feeling when you finally land them. 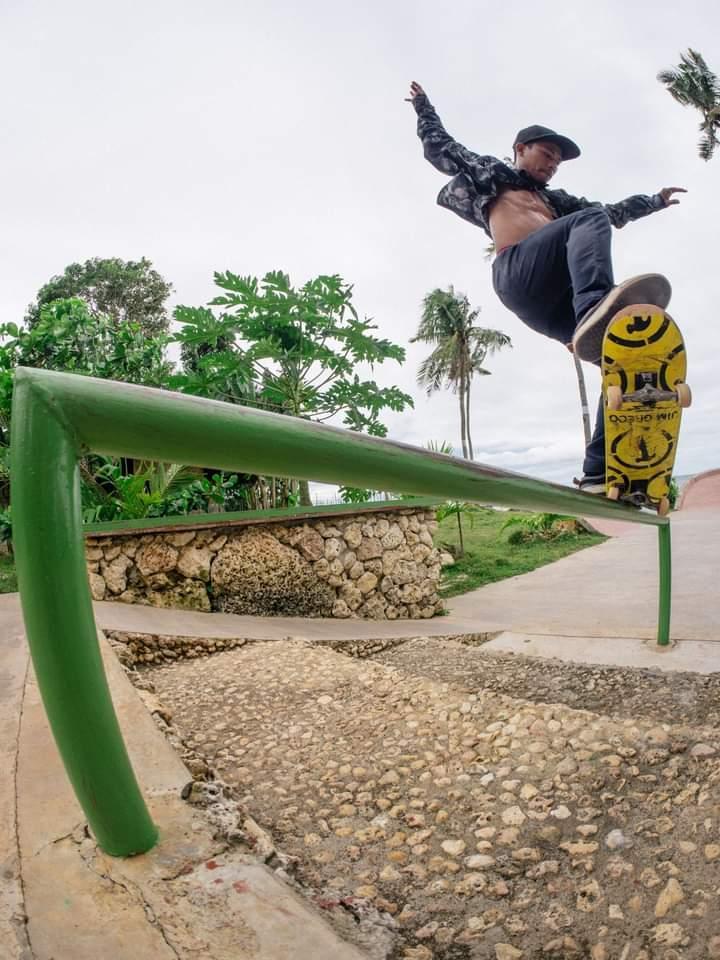 How’d you start skating?
My friends introduced me to skateboarding and I noticed how fun it was while watching them play, so I started skating too.

Is there a difference between how you felt when you first tried skating with your most recent ride?
Not to brag but I was such a fast learner, ‘full of energy’ type of skater who was eager to win competitions when I started skating, but now it’s different. I enjoy skating just to hang out with my friends. At times I find myself just sitting at the corner with my friends and chit chatting.

What made you want to compete?
My mom wasn’t really a fan of me being a skater at first, so that made me challenge myself to prove to her that this is my passion and that I am able to excel in this industry. The first competition that I won was way back in 2009 Class B category, I won a pair of brand new wheels and a shirt, and was able to make my mom proud of me and even more proud when I got DC Shoes as my sponsor in 2010.

What role did your local community play in your growth as a skater?
The genuine friends I’ve met because of skating made me feel welcome. No discrimination, just brotherly love for everyone. Cheering each other up has always been a big part of my growth as a skater.

Have you tried skating with people from different communities? How were they different from that of Cebu’s?
I have played skate with people from different parts of Cebu City. Both the north and south side, but not every spot has the same vibe. We treat our “spot” as our territory; some are very welcoming and would really play along with those who visit their spot. Some don’t really care and wouldn’t even like to share their obstacles to outsiders. But most of the time, they are really easygoing.

What was the skate scene like before compared to what it is now?
Very different. Before it was pure fun, now, some newbies are kind of using skate to get girls. While others are kind of boastful who mostly compare themselves to other skaters to show that they are “better.”

What do you think about the possible increase of skaters with the lack of transportation happening due to the pandemic?
I think it’s a good idea. And aside from that, it is free from pollution. But of course, they need to abide by the law, ride safely and make sure that they won’t be an obstruction to others on the highway as well.

Any tips for aspiring skaters?
Just be yourself, have fun and meet new friends to ride with.

SHAREAlthough June has been a tough month for the world, Pride still managed...