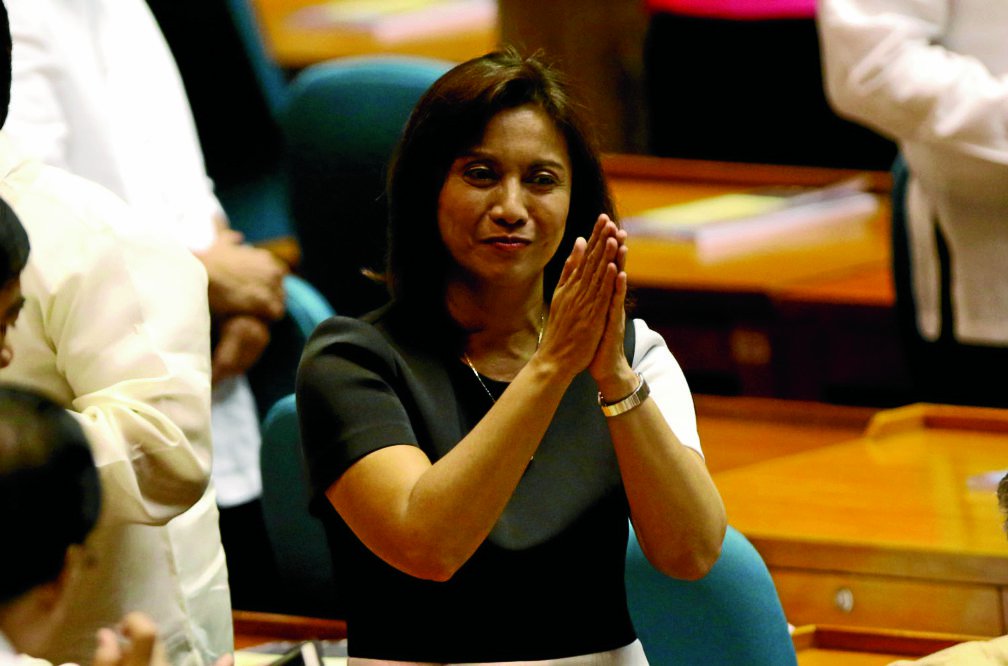 The president and the vice president are now officially two of the most hated government officials in the Philippines, albeit by opposing sides. We already go on and on about why President Duterte isn’t really the messiah of this country, but how exactly could you hate Vice President Robredo?

Well, according to political organization Volunteers Against Crime and Corruption (VACC), Robredo’s snitching to the United Nations about the Duterte’s ridiculously bloody war on drugs is making the Philippines look bad. Specifically, the snitching on this video, which was played in the totally prestigious and legit-sounding 60th United Nations Commission on Narcotic Drugs Annual Meeting in Vienna:

So now the people over at the VACC, which presumably supports the president, is all salty about this. “With hearsay information, she is vilifying before the world her government to which she was sworn to protect as elected Vice President,” says VACC Chairman Dante Jimenez, who seems to have forgotten all the times Duterte has openly encouraged killing drug addicts and calling them inhuman.

“She is recklessly destroying the image of her own country with unverified charges,” Jimenez continues. “In the process, she is also pulling down Filipinos. This is a treacherous act and as an elected public official, this is tantamount to treason.” Treason’s a huge accusation to toss around, and it seems like Jimenez and Co. either forgot or didn’t know that there are actually elements according to the Revised Penal Code to be fulfilled before anyone can deem someone else treasonous:

Last time we checked, the only thing that’s true here is that Robredo’s a Filipino. The Philippines is not in war (nope, the war against drugs and drug addicts does not count), and is not helping the enemy in time of war. She’s just criticizing the way the administration is doing it, and again, that’s not really helping the nonexistent enemy around here. She’s not helping anyone win; she’s just really helping Filipinos stay alive like they’re supposed to.

If there’s anyone making us look bad, though, it’s the guy who flip-flopped on his stance on same-sex marriage and letting China have resources that belong to us. He’s lucky we’re not at war with China, because that last part would be treasonous.

SHAREAll of us here at Scout were pretty excited at the prospect of an officially...