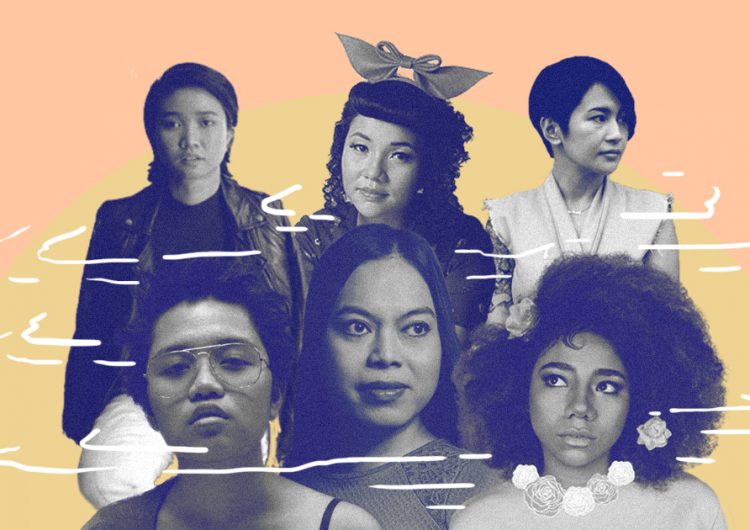 When six women sharing their thoughts about catcalling with such vitriol and nuance and personal insight can’t convince you that catcalling is bad nothing else would.

The mahaba-habang inuman live session aired last Friday and the conversation about catcalling picked up quick and it was a continuous high note of insights rooted in personal experiences. These women could probably talk about their experiences and their insights from it for a solid hour. And they’re not alone.

Based on the discussions of the mahaba-habang inuman live session panelists Wiji Lacsamana, Naomi Fontanos, Mich Dulce, Samantha Lee, Noelle Capili, and Adriana Griner, we give five questions we should ask ourselves before we try to “pay a compliment,” when really we’re actually catcalling.

From the perspective of the would-be catcaller, here are five questions you should ask yourself before you open your mouth to a passer-by.

Have I thought about what the other person would feel?

Try it. What would I feel when someone approaches me and tells me something when all I wanted to do was mind my own business?

Imagine the scenario you’re trying to create with the roles reversed. Literally imagine yourself as anyone hearing something they didn’t ask for from someone they haven’t met in their life. Imagine how weird that is.

Have I ever been catcalled myself?

Well, have I? No? Let’s tone it down a bit; let’s not call it “catcalling” since it may be a foreign concept to me.

Have you ever been in a situation where someone made me feel uncomfortable or fear for my safety because of something they said? Something so seemingly innocent but regardless left a bad, bitter taste in your mouth and made your heart feel heavy? Something that made you look down and walk faster and ruin your whole day?

Do the words in my head actually give the other person any value whatsoever?

Read it slowly. Let it roll in your tongue. Let it swirl in your head.

Do you really think any of these “compliments” would make the other person’s day?

How hard is it to just be quiet?

Did you ever see myself as just plain rude?

Take a seat again and think about this long and hard. Dig deep and reflect on what you are about to do. The truth is, you haven’t probably given it any thought and you had a vague sense of humor or entertainment that made you want to open your mouth and say something.

The real story is, if you did “give a compliment,” you weren’t really giving a compliment. You weren’t thinking about what the other person would feel. In the back of your head you thought the other person wouldn’t pay any mind. You’re probably chuckling about it a few minutes after with your buddies who saw the whole thing. Tonight you don’t even take the moment with you to bed. It’s harmless to you. And deep down, you know it.

Moving forward, here are some things to understand when it comes to catcalling.