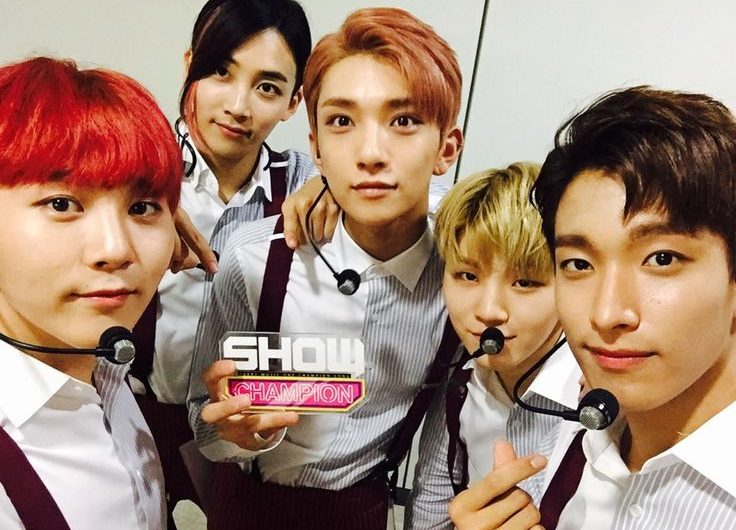 Having been in K-pop for about 9 years, I’ve heard a lot of amazing vocalists from the genre’s second generation. You’ve got powerhouses like Super Junior’s Kyuhyun and Yesung, Girls Generation’s Taeyeon, Big Bang’s Daesung, and so much more. Even trending idols like EXO’s D.O, Baekhyun, and Chen and BTS’ Jimin have established themselves as esteemed singers in the industry. But this time, we’ll be looking at the newer idols who’ve debuted from less than five years ago. While we remember those who made K-pop vocal history, who are those bound to be similarly remembered for their voices in the near future? We take a look at these soon-to-be vocal legends.

Even before her debut as Red Velvet’s main vocalist, Wendy has been garnering attention since she was part of the SM Rookies project thanks to her solid voice. In her group itself, she’s been recognized for having a wide vocal range and hitting those high notes. Others argue that she’s SME’s next Taeyeon.

Boy group Seventeen is divided into various sub-units according to each member’s talents. They’ve got a hip-hop unit (my personal fave), where they house all the band’s rappers, a performance unit, and of course, their vocal unit. Comprised of members Woozi, Seungkwan, Joshua, DK, and Jeonghan, each guy has a voice that’s got its own flavor. Together in one group, Seventeen’s vocal line sounds amazing.

Even before debut, Monsta X’s Kihyun has had fans from Starship’s reality show, No Mercy. His voice may seem a bit weak at first listen, but he actually can hit those high notes like a pro. From ballads to rock songs and hip-hop tracks, Kihyun is able to adapt his voice to practically any genre and still sound awesome. I stan.

¾ of Mamamoo (minus rapper Moonbyul) have most likely got the best vocals in girl group history. Think something like if Christina Aguilera joined K-pop. That’s basically how Wheein, Solar, and Hwasa sound like. These three have the most stable and colorful vocals I’ve heard in a girl group, and it’s a total shame Mamamoo isn’t as popular as other bands. Also, their songs are stellar.

Before Wanna One and even Produce 101 season 2, Jaehwan was an independent trainee who already joined other singing shows like Korea’s Got Talent. His knack for singing already gained him reputation on Produce 101 (with judges immediately being impressed by his talent during the show’s placement level), before earning himself a final spot in boy group Wanna One. Along with fellow member Sungwoon, he makes the band’s main vocal line.

Much like Seventeen, the members of NCT are also divided into sub-units due to the large number of members. SME stans have said that NCT has the weakest vocal line compared to Super Junior’s KRY, EXO’s Chen, Baekhyun, and D.O, and SHINee’s Jonghyun, Onew, and Key. But honestly, Taeil, Jaehyun, and Doyoung of the unit NCT-U clean up pretty well. Check out this video and hear for yourself.

Gugudan is probably one of the most underrated girl groups in K-pop today, which kind of sucks because they actually have some of the strongest vocalists in the industry. All members are able to sing pretty decently, but their main vocalists (Haebin and Sejeong) are all total powerhouses.

Starship artist Jooyoung has been in the K-pop industry for quite a while now, but disappeared for two years due to his mandatory military enlistment. He also never quite rose to prominence in the past, unlike soloist peers DEAN and Crush, but his smooth, honey-like (this is literally what people say to describe his voice and I don’t disagree) vocals are making a comeback with his new mini album. And it really is a solid release. Watch out for this guy.

This group hasn’t even debuted yet, but has managed to make waves due to their 18-month long pre-debut project (if y’all think SME hyped up EXO a lot, you should take a look at Loona). We’ve yet to know which ones would become Loona’s main vocals, but I’ve got my eyes on members Chuu, Haseul, and Yves.

A lot of K-pop fans say Rose doesn’t have as much talent as more renowned vocalists in the industry, but I personally just think it’s because Blackpink doesn’t come out with as much material as your usual K-pop group (YG, stop neglecting them already). As far as vocals go, Rose has great potential, regardless of how polarizing the opinions on her voice are. She’s definitely got a unique style of singing and many agree.

SHAREIs  BEDSPACER’s “Elixir” not enough to fuel your need for this genderless alien...