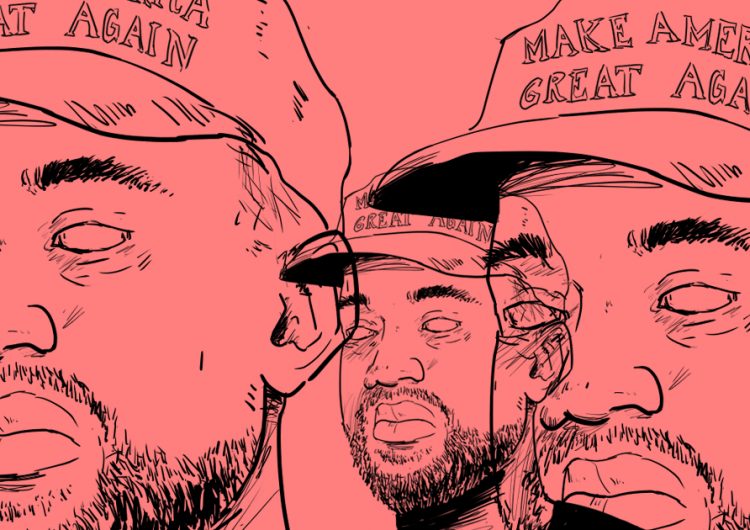 It’s a fact that Kanye West is one of the most influential artists of our time. He’s transformed the landscape of hip hop and is recognized by many as a genius. Not only this, he has also made a name in the fashion industry due to his brand Yeezy, which easily established an aesthetic for itself.

Setting aside his creative prowess in a variety of fields, Kanye is known to have a very colorful personality. A major contributor to his success is the fact that he’s has not been afraid to be himself and preach his truth, even though his actions and choice of words may seem very risky. From the College Dropout up to The Life of Pablo, he’s made choices this throughout his career that are viewed by many as controversial but justifies these acts by claiming that he’s promoting  his truth.

One of his more popular monologues was during his intermission on his Paradise International Music Festival performance back in 2016, Kanye took the time to engage with his audience saying, “So if I get in trouble by saying the truth, what’s being said the rest of the time?” But despite the controversy and criticism he draws in from other artists, his keep it real, spread love, and no bull kind of attitude has won the hearts of the many earning him rock star status.

The world is our family

‘Ye is known to be a very low-key person on Social Media, unless he has something big coming up. With an album on June coming up and some big changes to his Yeezy apparel company, Kanye West has gone on a twitter spree that has wrecked havoc across Twitter timelines all over the world. In his latest tweeting rampage, he went from endorsing his album to expressing his political views.

What started off as a series of Kanye being Kanye tweets, many were surprised when he suddenly shared his love for US President Donald Trump. Many of his fans felt betrayed immediately causing twitter to lash back at him. Of course with Kanye being Kanye, he answered by telling everyone that they are entitled to their own opinions and have the right to think independently.

You don't have to agree with trump but the mob can't make me not love him. We are both dragon energy. He is my brother. I love everyone. I don't agree with everything anyone does. That's what makes us individuals. And we have the right to independent thought.

He immediately followed up his previous tweets by tweeting some disclaimers:

my wife just called me and she wanted me to make this clear to everyone. I don't agree with everything Trump does. I don't agree 100% with anyone but myself.

As expected, Kim went to Kanye’s defense to make sure everyone was in check. She first defended Kanye’s decisions towards the changes he’s making with Yeezy apparel then went on the defense for Kanye’s political views.

Yesterday it was announced that Kanye had parted ways with some business people and media outlets made this about Kanye’s mental health. Rather than just a simple business decision. So I’m glad he tweeted about the state of his company and all of the exciting things happening

Now when he spoke out about Trump… Most people (including myself) have very different feelings & opinions about this. But this is HIS opinion. I believe in people being able to have their own opinions,even if really different from mine
He never said he agrees with his politics

Guess ‘Ye was successful by influencing Kim to think freely. But in the end, she just loves Kanye for being Kanye.

Kanye will never run in the race of popular opinion and we know that and that’s why I love him and respect him and in a few years when someone else says the same exact thing but they aren’t labeled the way he is and you will all praise them! Kanye is years ahead of his time

After tweeting family pictures and some ideas in mind, he ended finally ended this episode of Kanye does Twitter with this tweet:

And any fan of me wants Ye to be Ye even when they don't agree because I represent the fact that they can be themselves even when people don't agree with them. Drops mic ?Yeezy shrug ?‍♂️

When it all ended, a lot of people fired back at him and a lot of fellow artists clicked unfollow. As of now, Drake, Rihanna, Nicki Minaj, Justin Bieber, The Weeknd, Katy Perry, Ariana Grande, Harry Styles, Jaden Smith, Snoop Dogg, Coldplay’s Christ Martin, Pitbull, and Will.i.am. are the artists that have stopped following Kanye West on twitter. Luckily enough John Legend took the time to converse with Ye and to make sure that he knows what he’s doing.

Individuals who are known to have a large fan base, whether they’re musicians, actors, or athletes have a social responsibility due to the large amount of following. Mr. West, out of all artists, has an unbelievable talent of easily creating hype–music, fashion, or even beliefs. We can’t deny that Kanye’s influence and impact to his fan base is big and with great power comes great responsibility.

Kanye may have lived up to his word, but we can’t deny that his actions had consequences.

Was his influenced used the right way? While some may beg to differ, some may agree that he’s using his influence correctly by telling everyone to live up to their opinions even if there’s a risk of being judged. Kanye may have lived up to his word, but we can’t deny that his actions had consequences.

We beg to ask: What does this all mean for Mr. West’s future? Is he doing this to gather more people? Is he doing this out of propaganda (Yeezy 2020 let’s go)? Is he doing this to create hype for his upcoming plans? Kanye has always been the master of publicity stunts and time has revealed why he is. Taylor Swift, anyone? Because of this, many believe that his recent rage on twitter will lead to something bigger. As of now, we just have to wait for the next time Kanye decides to do more Kanye things. What are your thoughts?

Are you telling us that the oldies in the MTRCB got way too...