No one calls this place an atrium. It’s the right term, this space in the middle of the mall where light passes through the roof, but I don’t hear anyone saying “atrium” as much as they say “middle of the mall,” or “the places where people give you brochures,” or “the place with blaring speakers and people on stage,” which is the case right now. 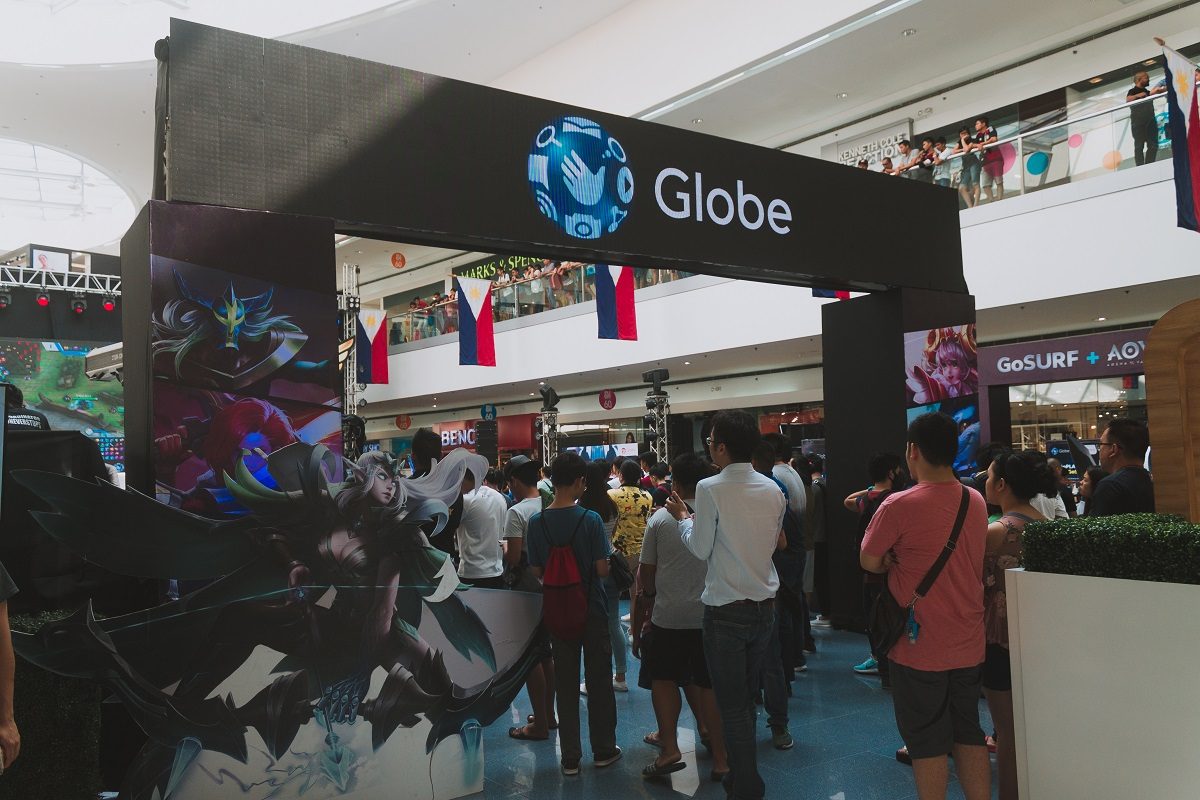 But it’s some upcoming celebrity’s mall tour. It’s not even an A-list celebrity’s mall tour. Two groups of five people sit on those comfortable chairs with the back support, wearing headphones, intently, furiously, staring at their phones. And they’re tapping, quickly, angrily. This is what people are reacting to. This is the world of the Arena of Valor Southeast Asia Regional Finals,  and the people on stage are fighting for the chance to earn $500,000 in the upcoming Arena of Valor World Finals in California.

The day before, ClutchGuild fought its way to be the top Philippine team among bouts with Wil New Era and Bren Esports. Today, the team faces top Singaporean and Malaysian seeds Tamago and Resurgence, respectively. 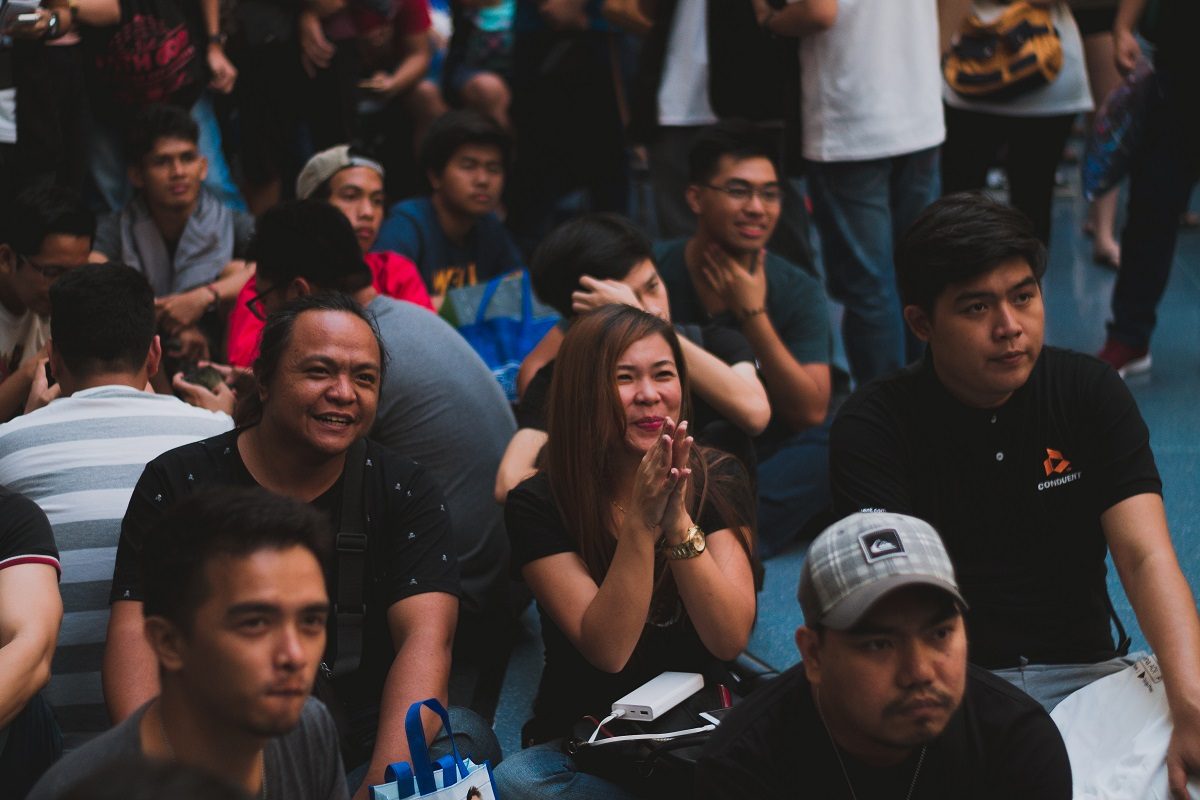 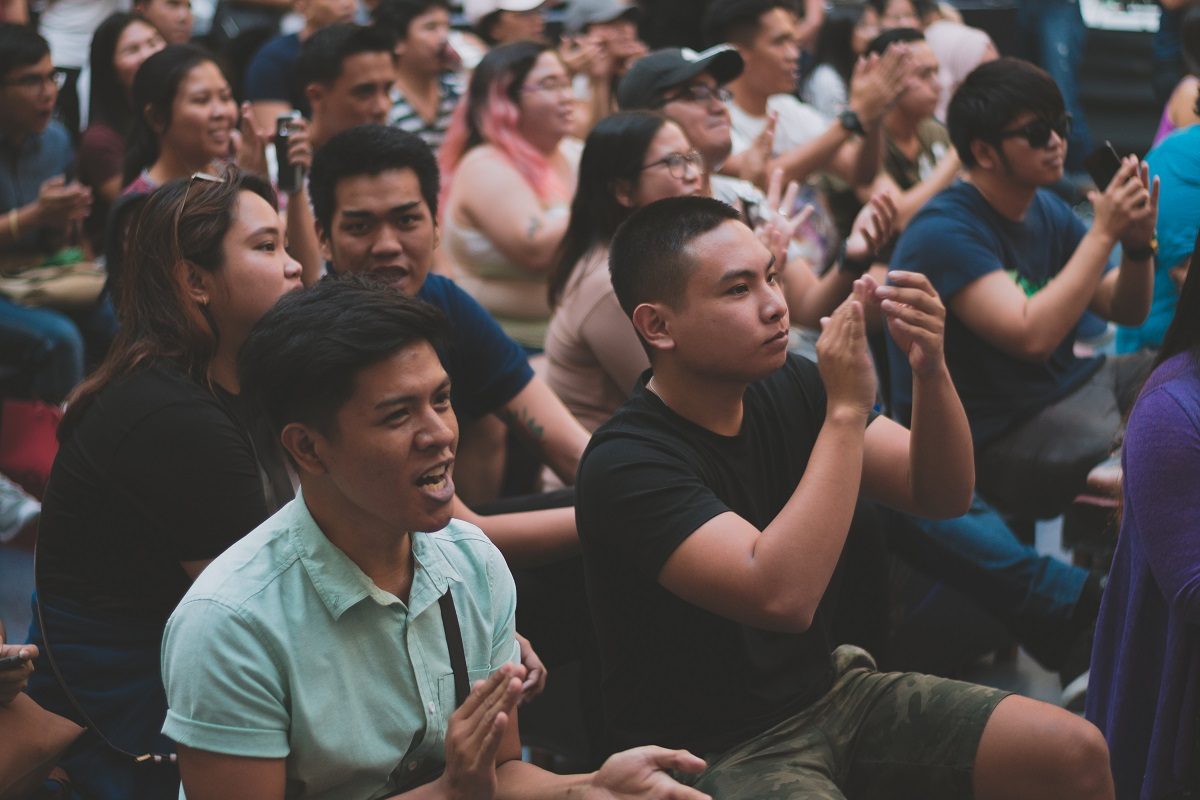 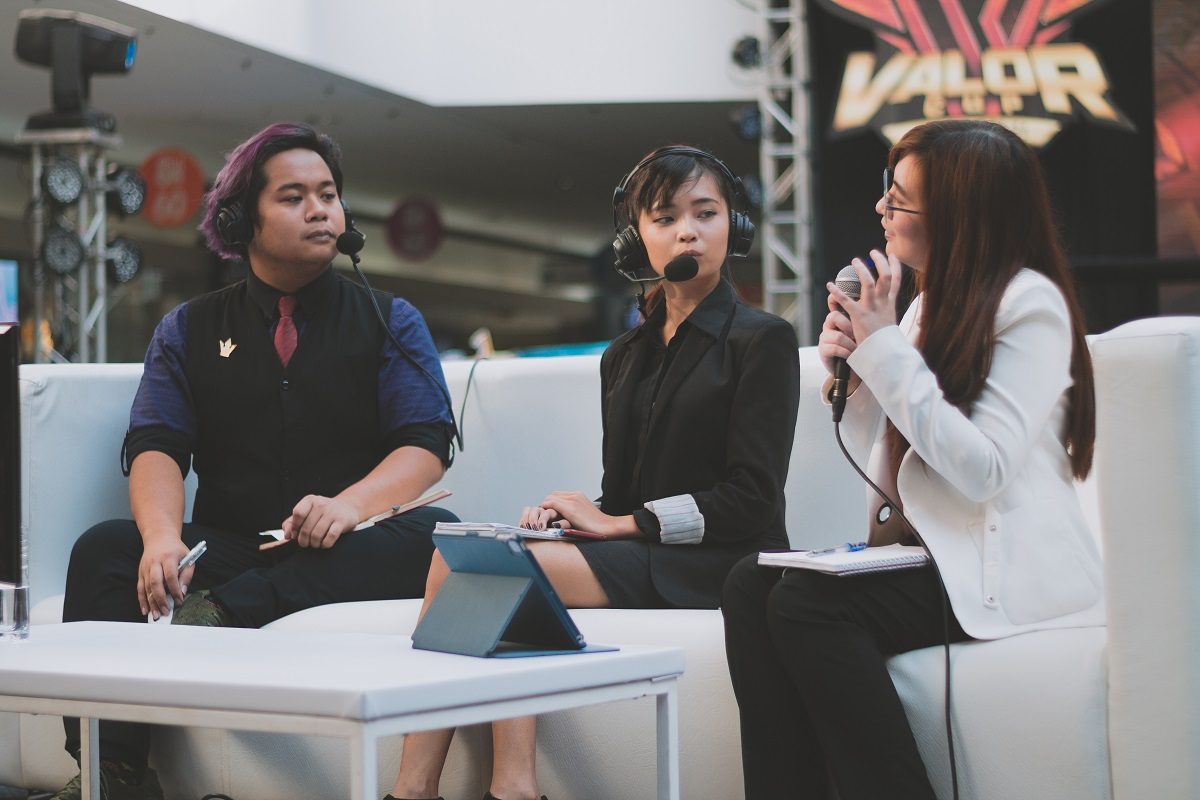 We have a decent sized crowd audibly and visibly reacting to what they can see on the huge screen onstage. I can see their faces of awe. I can see them gasp in the face of the tension on stage. And the production is immaculate: commentators give rhythm to the match by giving live reactions. Analysts, seated on a pristine white couch, add depth to the game by discussing strategies and insights. The world of esports isn’t new to this kind of production value—it is a sport, after all—but the fact that fidgeting on a mobile game for 15-20 minutes at a time earns so much fanfare and attention points out the disparity between spectacle and what is considered a private activity. Who knew there would be so much money, much less attention on a mobile game like Arena of Valor?

Apparently a lot: esports is a billion dollar industry, and with more and more people keeping smartphones in their pockets it was just about time before the two would intersect and introduce itself in the mainstream. This Arena of Valor tournament is in partnership between Globe and Garena, and we have good reason we’re going to see more collaborations between the telecom company and the game provider. “I think it’s a very exciting trend. Mobile phones are very accessible to people, which makes mobile games also very accessible to people,” shares Justin Lye, product manager of Arena of Valor.

The top two teams, ClutchGuild & Tamago, find themselves in a best-of-seven series with ClutchGuild ultimately emerging as the Road to AWC Grand Finals Champion. The audience were glued to their seats while their eyes looked straight at the screen collectively in front of them. In other sports or even other esports, a best-of-seven would last several hours, but with mobile gaming everything is faster, easier to digest: suddenly ClutchGuild emerges victorious. They will be heading to Thailand in the second week of June 2018 for an exclusive bootcamp together with the team representatives of other AOV regions. 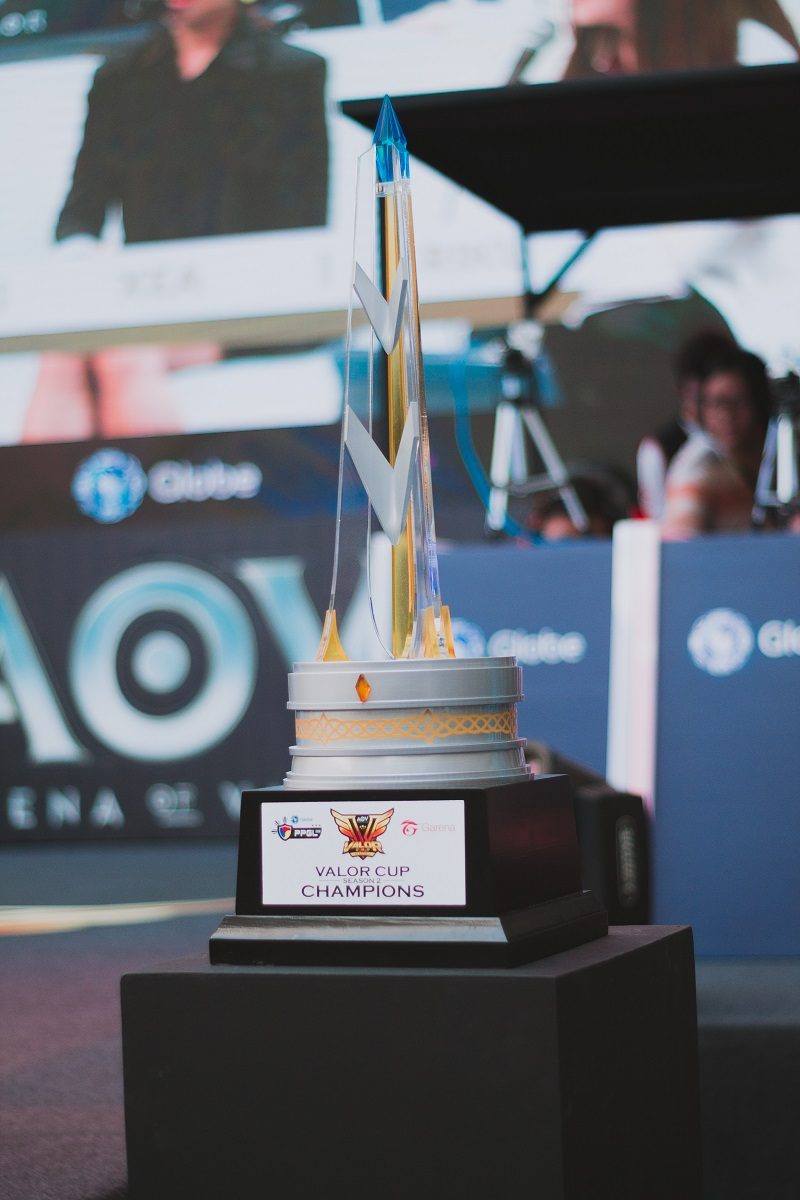 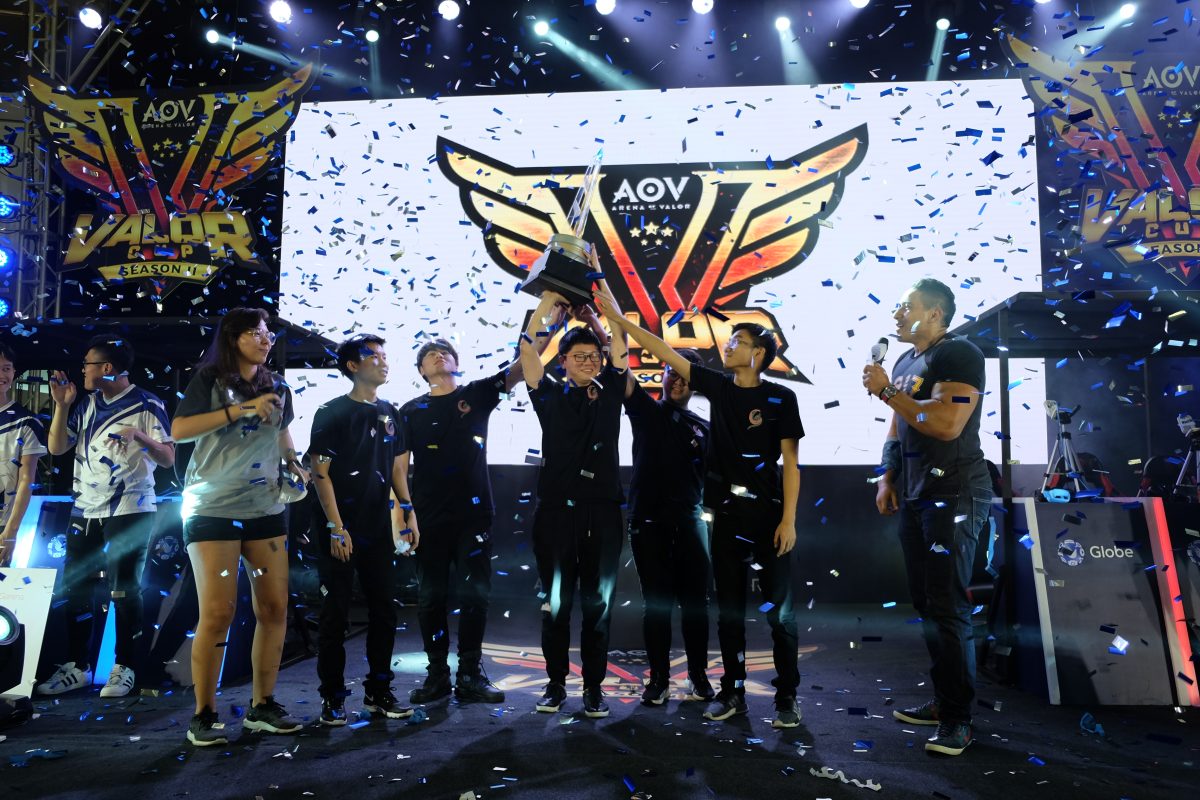 It just makes perfect sense for mobile gaming to be the most promising venture of esports so far, especially in the Philippines, where everything comes bite-size and fast-paced. While this event draws to a close, Globe and Garena are already preparing for another Arena of Valor tournament in the near future according to Jake San Diego, head of games for Globe.

Mobile esports sounds like some very specific jargon spoken by the relative few. In truth, it’s a scene, a culture, and a business riding off the back of the success of video games, and now it’s charging its way to the mainstream. Full steam ahead.

SHAREYou want to scream, run away, cry so fucking hard because you’ve had...

Alextbh talks about “Twink R&B” and the Malaysian music scene

SHAREIs it a crime that we’ve heard of alextbh this year? The young...